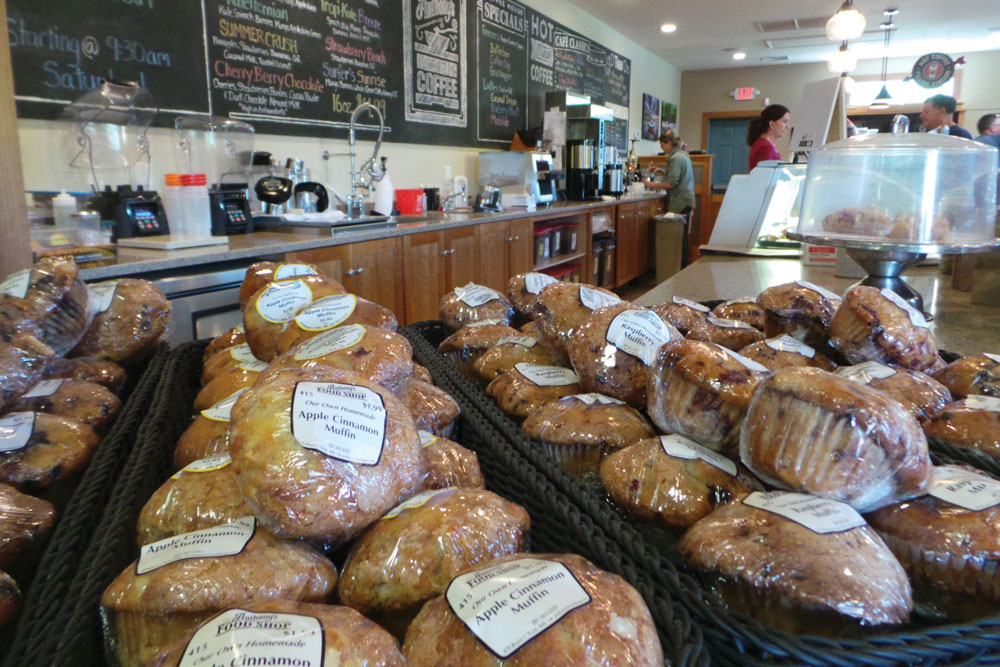 PMQ Pizza Magazine publisher Steve Green rarely passes on an invitation to discover regional pizza. So when he was invited earlier this year to the Boston area, a region heavily dominated by Greeks and Italians, it was an offer he couldn’t refuse. “Ed Noe, this great, burly man from Colony Foods, tracked me down at NAPICS (the North America Pizza & Ice Cream Show) and spoke with contagious enthusiasm about the quality and variety of pizza coming out of New England,” Green recalls. Noe, the vice president of purchasing and marketing for Colony Foods, believed PMQ had a lot to discover in the Boston area, which is dominated by mom-and-pop pizzerias. “New England is the maturest pizza market in the U.S.,” Green adds. “It is the region with the most independent stores and the most pizza eaten per capita. PMQ wanted to know what these independent stores were doing to compete—that’s the kind of information that would be beneficial for pizzerias everywhere.”

A few months later, as New England thawed into summer, Green and his son, Chris, packed up the Pizzamobile and headed north to meet with Noe and Colony Foods marketing specialist Linda Balles. Like PMQ itself and many of its readers, Colony Foods is a family-owned business. As a wholesale distributor, Colony helps independent pizzerias with minimal resources stay a step ahead of the chains. That means Noe and Balles have inside information on New England’s most dedicated and unique operators. Along the way, the Green father-and-son duo met a host of pizzacentric characters and, of course, ate their weight in pizza. This story is the first of a series that follows their journey into the pizza world of New England. Their first stop: Anthony’s Food Shop in York, Maine.

Anthony’s began as a simple café and convenience store run by a father and son, then painstakingly expanded over the course of two decades to incorporate an artisan pizzeria, sandwich shop, gas station, full-scale bakery, catering services and a gourmet coffee shop, all run by about 40 employees, including extended family members. Owner Mark Graziano, the son of the shop’s namesake, Anthony Graziano, presides over the sprawling, multifaceted operation.

“This isn’t the kind of gas station where you just stop in for gas or water,” Balles notes. “Anthony’s is a restaurant that just happens to have a gas station. You’re grabbed
immediately by his displays—how they set their counter, the smell, the freshness, the cleanliness.” The pizzeria combines the distinctive coziness of a mom-and-pop with the striking attention to detail that one ordinarily finds in a chain restaurant. Green was taken aback by the ambience when he first stepped into the store. “Is this a franchise or a mom-and-pop?” he wondered aloud.

“Yeah, well, that’s because it is a mom-and-pop,”
Graziano retorted, with typical New England bluntness.

The store opens at 6 a.m. every day, as Anthony’s welcomes a huge crowd with breakfast sandwiches and pizzas. Like most pizzerias, Friday and Saturday nights are the shop’s busiest nights for pizza. The store has evolved dramatically, if gradually, over the years, adding new features to draw in more customers: an ATM, attractive signage, an air pump, a wide variety of newspapers, Nathan’s hot dogs, outdoor seating, even fireworks.

Graziano commits to completing—and perfecting—an operation before moving on to the next task. “Mark was smart enough to know he needed to grow in increments,” Balles says. As the business expanded with each phase, it was done successfully enough to make a profit, allowing Graziano to invest in other add-ons, such as the bakery where everything—including Jumbo Whoopie Pies, scones, cheesecakes and danishes—is made from scratch.

Finding the right people was part of the challenge of building out “slow but right,” Graziano says. Setting clear expectations and goals for employees from the start helped prevent misunderstandings in the future. “As we were looking for a baker, we found a girl who had just gotten a degree as a pastry chef, and we told her, ‘We don’t need a pastry chef. We need a baker, someone who can make 200 cookies, 200 muffins, not spend all day making one fancy pastry.’ She was on board with that and does a great job.”

Meanwhile, Anthony’s latest addition—an artisan coffee concept—was two years in the making before it finally launched. “Customers kept asking about the equipment, what we were doing, why it was taking so long,” Graziano recalls. But it was worth the wait. The coffee shop offers nine varieties of freshly ground gourmet coffee and even makes additional money selling locally roasted beans to restaurants in town.

Just Go For It

When Graziano knows what he wants, he doesn’t let obstacles discourage him, Balles says. “He doesn’t want just average products. He takes the time and care to do it right.” For example, Graziano knew he needed the right cheese for his specialty pizzas, such as the Wild West BBQ Chicken (mozzarella, spicy barbecue sauce, chicken and red onion) and the Mount Olympus (mozzarella, feta, tomato slices and calamata olives), but sourcing it was a different story altogether. “When we started making pizza, we wanted Grande cheese, but it wasn’t available in Maine,” he says. “We were bringing it in from Boston on the QT until a Grande representative came in one day and started asking questions about where we were getting it. A couple days later, he came back with [Colony Foods founder Joseph Barbagallo Sr.] and they said, ‘We’re going to sit down and work this out.’”

Graziano says most of his knowledge of the restaurant business comes from experience and asking a lot of questions along the way. Fortunately, Colony Foods takes a keen interest in helping its clients succeed, and one of his best contacts there is Joseph Barbagallo Jr. “I spent a lot of time on the phone with Joe,” Graziano says. “I would place a food order, which would take, like, three minutes, and then ask about 25 minutes’ worth of questions. I don’t do that now—now Joe deals directly with the chef.”

Noe points out that, as fewer people smoke and millennials demand healthier food, convenience stores and gas stations have been forced to step up the quality of their food.  As an independent, Anthony’s has stayed ahead of the curve, thanks to its gourmet pizza, sandwiches, coffee and baked goods. With persistence akin to that of termites, the Graziano family continues forward with baby steps that, over time, make a huge difference. “People eat with their eyes,” Balles says, “and everything at Anthony’s makes you hungry, makes you just want to eat it.”