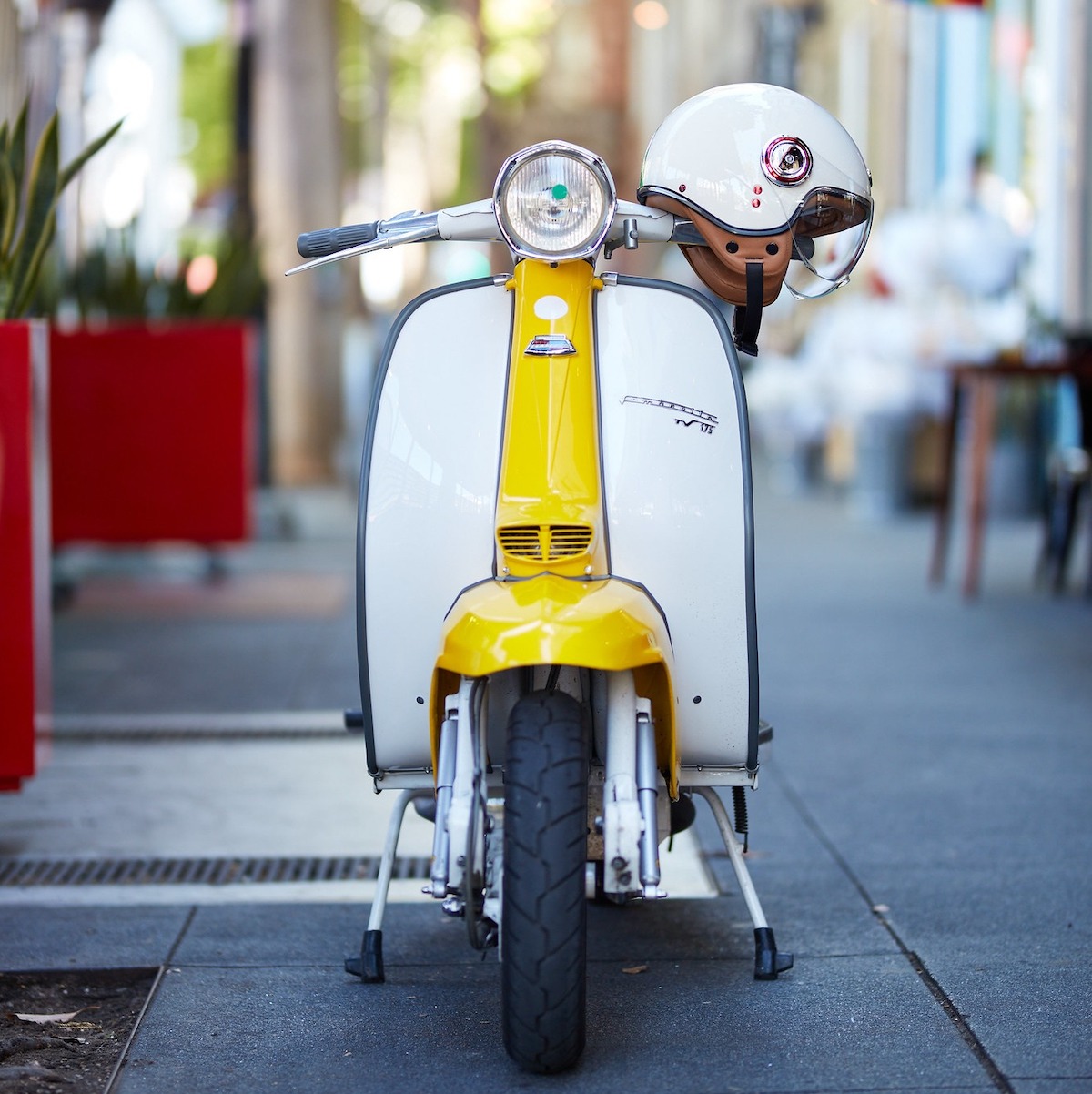 David White has good reason to be proud of his 1963 Lambretta scooter, a bright-yellow marvel of an Italian machine. And he’s often seen tooling about on it in the streets of San Francisco. Now White, one of the original partners behind Flour + Water, has designed a new restaurant around the yellow-scooter concept and named it Yellow Moto Pizzeria.

Yellow Moto opened earlier this month in the space on Valencia Street that formerly housed a Flour + Water location. But Yellow Moto is White’s own thing, with no connection to Flour + Water—at least not anymore.

According to Eater.com, White wanted to create a more lighthearted atmosphere at Yellow Moto even while keeping many of the pizzas from the original Flour + Water menu. He plans to offer customers “a very fun, tongue-in-cheek, not-serious experience” with Yellow Moto.

The rebranding includes an entirely new aesthetic, dominated by—you guessed it—a scooter theme. Artwork includes a striking painting of a man riding a yellow scooter on the beach and another depicting two people with pink and yellow flowers for heads scooting along a darkened street. There’s also a gigantic butterfly hovering over a city street and, in the restroom, a mural depicting a canopy of redwood trees on the ceiling. 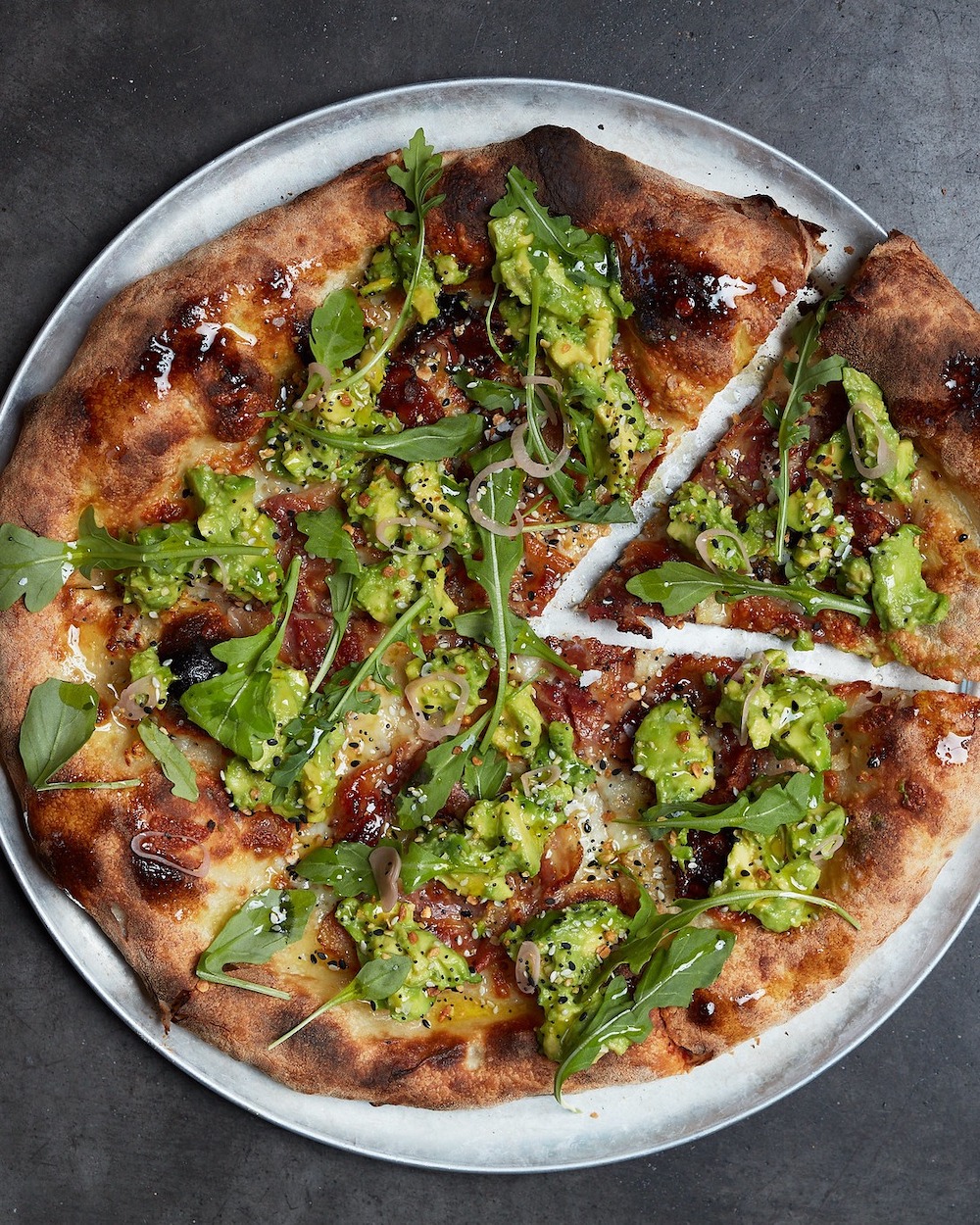 In addition to gorgeous art to look at, there’s great food to eat, all served by the same chef, Oleg Sheyner, who ran the kitchen when it was still Flour + Water. Additions to the menu—described as “Cal-Ital-inspired”—include the Snap Pea Antipasti, a bibb lettuce salad with avocado green goddess dressing, and a pizza featuring clams, fennel, capers, oregano, Parmesan and a “touch of mozzarella.”

Among the popular pizza offerings: the Pepperoni, which includes pickled goathorn peppers; the Sausage, which comes with smoked mozz and taggiasca olives; and the Hawaiian, made with tasso ham from southern Louisiana, pineapple, red onions, pickled jalapenos and mozzarella.

When White first outlined his plans for Yellow Moto to Eater in May, he said he wanted the new theme to convey a sense of freedom, movement, beauty and fun. He added that his former Flour + Water partners all had strong ideas for that brand, but he eventually realized he had his own vision to follow. “I think the pandemic really made all of us, everyone, think differently about things,” he told the website. For his part, he wanted to create a concept that was “a more inclusive thing to more people, more come-as-you-are, more connected to the immediate community.”