Wrap It Up! - PMQ Pizza Magazine 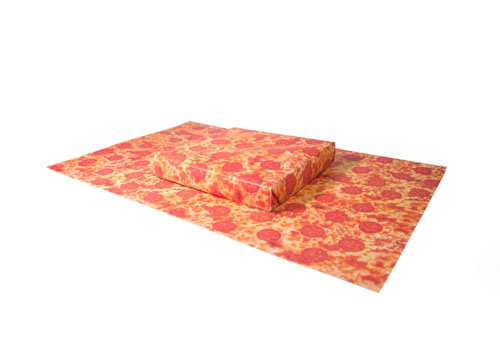 The pizza-themed wrapping paper is the third set in an ongoing line that has included Cheeseburger and Steak. Sarah Fay and Justin Colt, owners of Gift Couture, are trying to raise money for the project on Kickstarter (https://www.kickstarter.com/projects/giftcouture/gift-couture-pizza-wrapping-paper). The entrepreneurs set a goal of $4,900 and have raised $2,030. The project must be funded by Dec. 11. 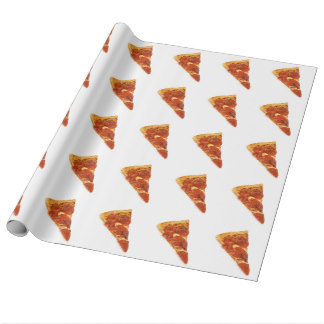 “A few years ago my boyfriend and I started a small wrapping paper business that we run out of our apartment,” Fay told PMQ. “Essentially, every wrapping paper ‘set’ is a number of elements that coordinate together into one conceptual piece. Over the years we launched a cheeseburger set and a steak set, and we just wrapped up our newest iteration—the pizza set. I think it looks pretty rad. We put it on Kickstarter, as I would love to see people using it this Christmas. We’re also printing everything in New York, which I think makes sense for pizza.”

We rapped about wrapping paper with Fay, and here’s what she had to say:

PMQ: So how did this food-themed wrapping paper idea get started?

Fay: A few years ago, I had a difficult time finding any unique wrapping papers for Christmas. As I was brainstorming, the idea came to me what a fun way to wrap presents would be. Since Justin is a graphic designer, I decided to ask him if it would be possible to create something like this, and we decided to try it out.

PMQ: How successful has this venture been so far?

Fay: So far, our paper has been pretty well-received. We were able to raise enough funding on Kickstarter to produce both the Cheeseburger and Steak sets. Between the two of them, the cheeseburger set was by far the most popular. We are hoping that our pizza set will be the most popular yet.

PMQ: Do you guys eat a lot of pizza? What's your favorite pizzeria in New York?

Fay: Pizza is one of our favorite foods. We often find ourselves in a hurry and grabbing a slice on the go, and we see pizza parlors on almost every city block as being the ultimate convenience. Our all-time favorite pizzeria in New York is Artichoke Basille’s Pizza, but we try not to eat it too often since it is so heavy, and the slices are bigger than our heads.

PMQ: Who are your target customers for this particular type of paper?

Fay: This pizza is for everyone! We feel that pizza is the most universally well-received food out of all three of the papers that we have created. Who doesn't love pizza? We also think it would be great for pizza parties.

Click here to watch a video and help fund this Kickstarter Project.