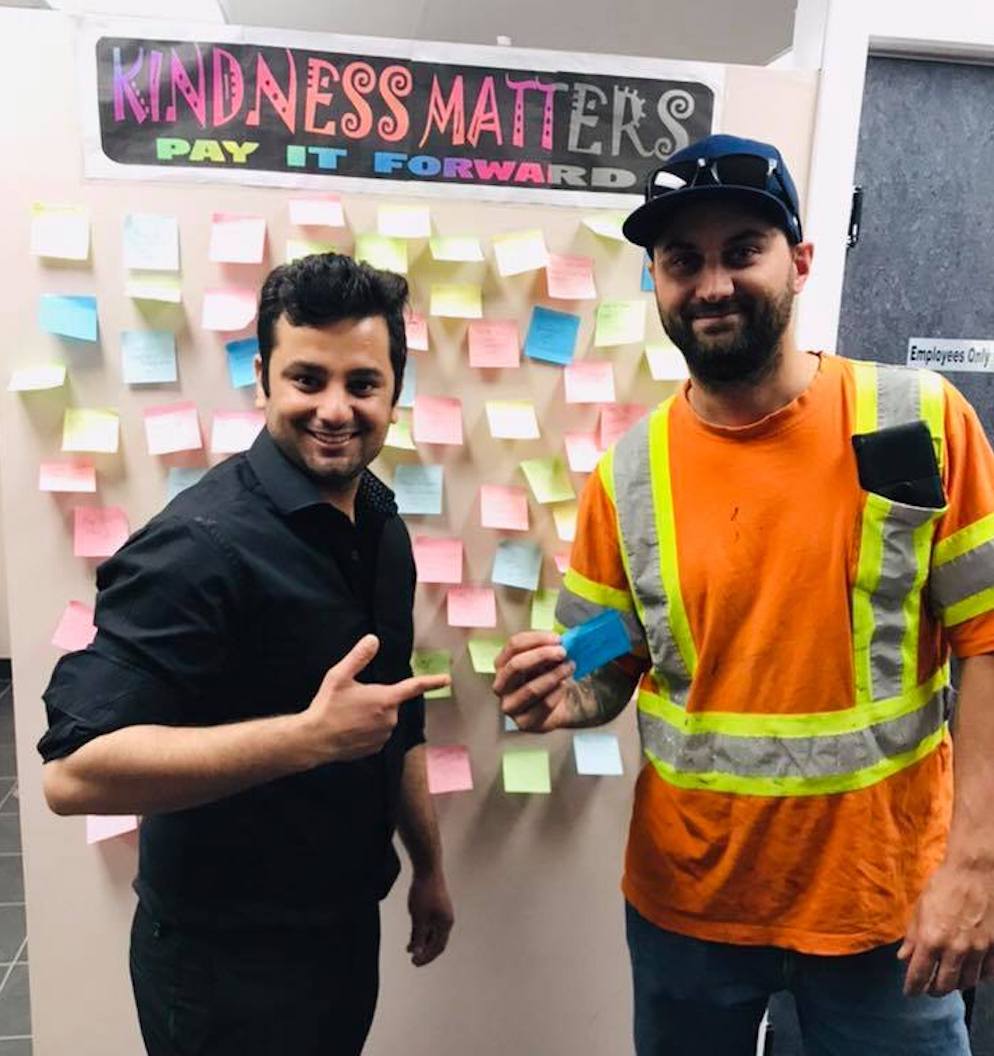 A pizzeria in Winnipeg is following the lead of Philadelphia-based Rosa’s Fresh Pizza in a pay-it-forward program that helps feed the hungry.

According to CBC News, Vikas Sanger opened SFC Pizzeria in May and quickly learned that some in the neighborhood loved pizza but couldn’t afford it.

“They want free food because they are hungry,” says Vikas, who moved from Canada to India in 2010. “They [aren’t] even wearing proper clothes. In our culture … if somebody comes and asks for food, we cannot deny them, because they are hungry … But I just opened a new restaurant, so I cannot afford to [give] everything free.”

Vikas and his wife, Shivani, decided to let paying customers donate a dollar for a slice, creating a sticky note for each donation. The Sangers set up a wall for the sticky notes with a banner at the top that reads, “Kindness Matters. Pay It Forward.” Paying customers often jot down encouraging messages on the sticky notes, such as “May you find some magic in today” and “You make the world a better place!”

Those who can’t afford a slice can simply take a sticky note from the wall and redeem it for a free slice. “They can choose which blessing they need,” Vikas says.

Mason Wartman, the owner of Rosa’s Fresh Pizza, has been giving away slices for sticky notes for years. As PMQ has reported, Wartman was invited to appear on Ellen Degeneres’ TV show in 2015 and went home with a $10,000 check from Shutterfly to help the cause. He told Degeneres that his shop’s customers feed 30-40 people in need every day and that he hoped other restaurants would adopt a similar model. (Watch the video below.)

SFC Pizzeria is the latest to do so, and Shivani credits the generosity of his customers with the program’s success. “We are all doing this. It’s not only us,” she says. “We came up with the idea … but people are so good, people are so nice, that they want to bless each other.”