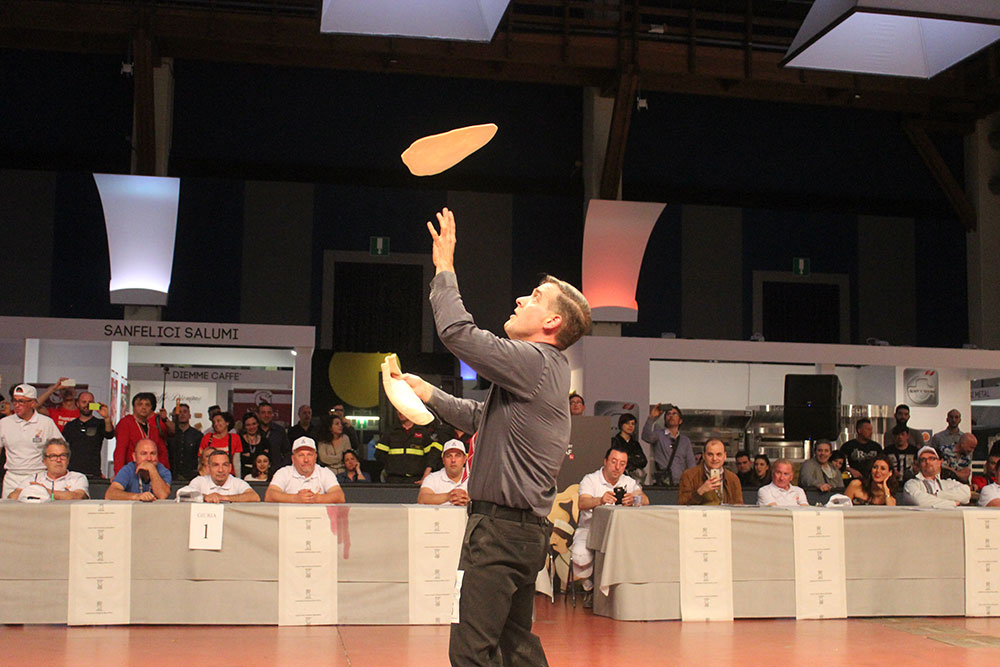 UPDATE 12/7/17: UNESCO accepted the art of Neapolitan “pizzaiuoli,” or pizza makers, on the list of Intangible Cultural Heritage of Humanity after Italy proposed that the practice of the “pizzaiuoli” – preparing and flipping the dough, topping it and baking it in a wood-fired oven – was part of the country’s cultural and gastronomic tradition, according to Reuters.

Each year, the UNESCO World Heritage Committee meets to vote on global traditions that have a unique cultural identity and deserve special distinction.

This year, pizza twirling has the chance to be added to the list.

According to a story in Conde Nast Traveler, The Association of Pizza Makers in Naples has campaigned to add pizza twirling to the list.

The story reports, "Pizzaioli want UNESCO to recognize the entire custom of Neapolitan pizza making, which includes spinning and twirling the dough, throwing it in the air to "oxygenate" it, and baking it in a beechwood-burning oven. The Local reports that if the tradition gets added to the Intangible Heritage list, Pizzaioli will give out free pizza in the streets."

The committee will decide by Friday, December 8, whether or not pizza twirling and spinning makes it onto the list.