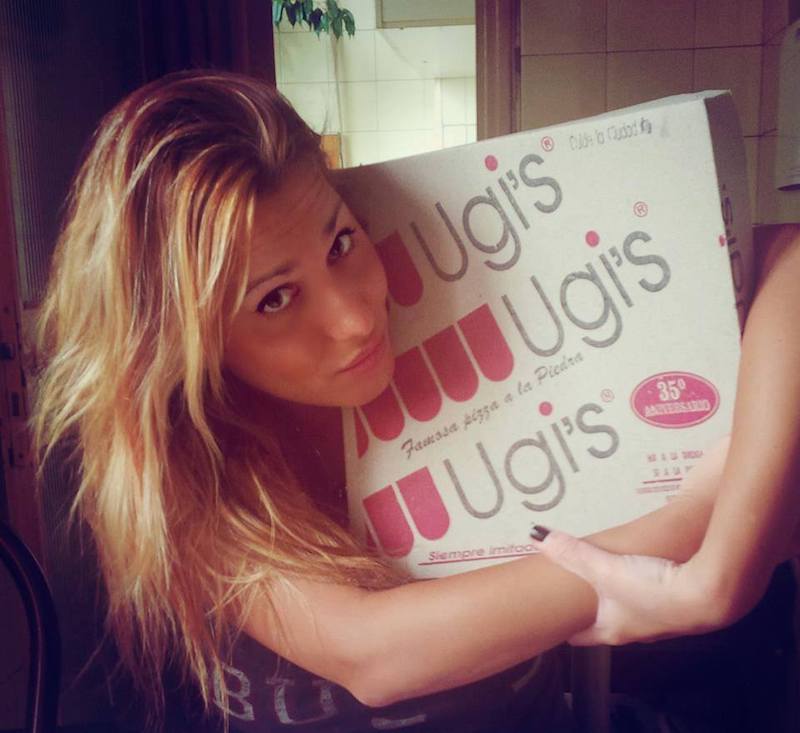 A pizza chain in Buenos Aires dishes out ribald insults with its cheap cheese and onion pizzas, and the people of Argentina are eating it up.

Ugi’s, the Don Rickles of pizza chains, is known for denouncing its fans as “morons” and “a—holes” on social media and making fun of its own restaurants’ hygienic conditions. One Argentine writer describes the chain’s Facebook page as “an unfiltered, genuine and ingenious space in which the traditional roles of consumer and brand communication are reversed.”

“Generally, we see angry consumers who complain [to] a restaurant about bad service, and the restaurant has to respond in a cordial way,” Tomas Balmaceda explained to Munchies. “But here, however, the company is the one who responds with fury, and in turn, the consumer [responds] with the same currency.”

Ugi’s Facebook page is known for promoting drug use, trolling its critics with x-rated pot-shots and never hesitating to dive into the gutter in its exchanges with customers. In one of its milder Facebook posts, the company stated, “Only Ugi’s pizza uses the best brick weed instead of oregano. Ugi’s Pizza. Don’t go to McDonald’s, a—hole.”

The company also taps into popular American culture, inserting well-known American TV and movie characters into its social media photos. One meme depicts Seven from the Netflix hit, Stranger Things, sneaking off with a pair of Ugi’s-branded pizza boxes. Another image shows the main characters from Breaking Bad working with huge vials of meth in Ugi’s kitchen and a caption that reads, “At Ugi’s, we have the best cooks.”

In addition to insults, vitriol and self-mockery, Ugi’s rewards its customers with rock-bottom prices on its pies. A large cheese pizza sells for AR$79.99, or about $4.88 in U.S. dollars, while a quarter pizza costs AR$19.99—a measly $1.22 in American currency. “Ugi’s was never ashamed to be considered cheap,” Buenos Aires radio personality and pizza expert Luciano Banchero told Munchies. “In fact, they were proud of it and absolutely unapologetic. Ugi’s could never compare with the city’s great pizzerias in terms of quality and tradition, so it went down its own path.”