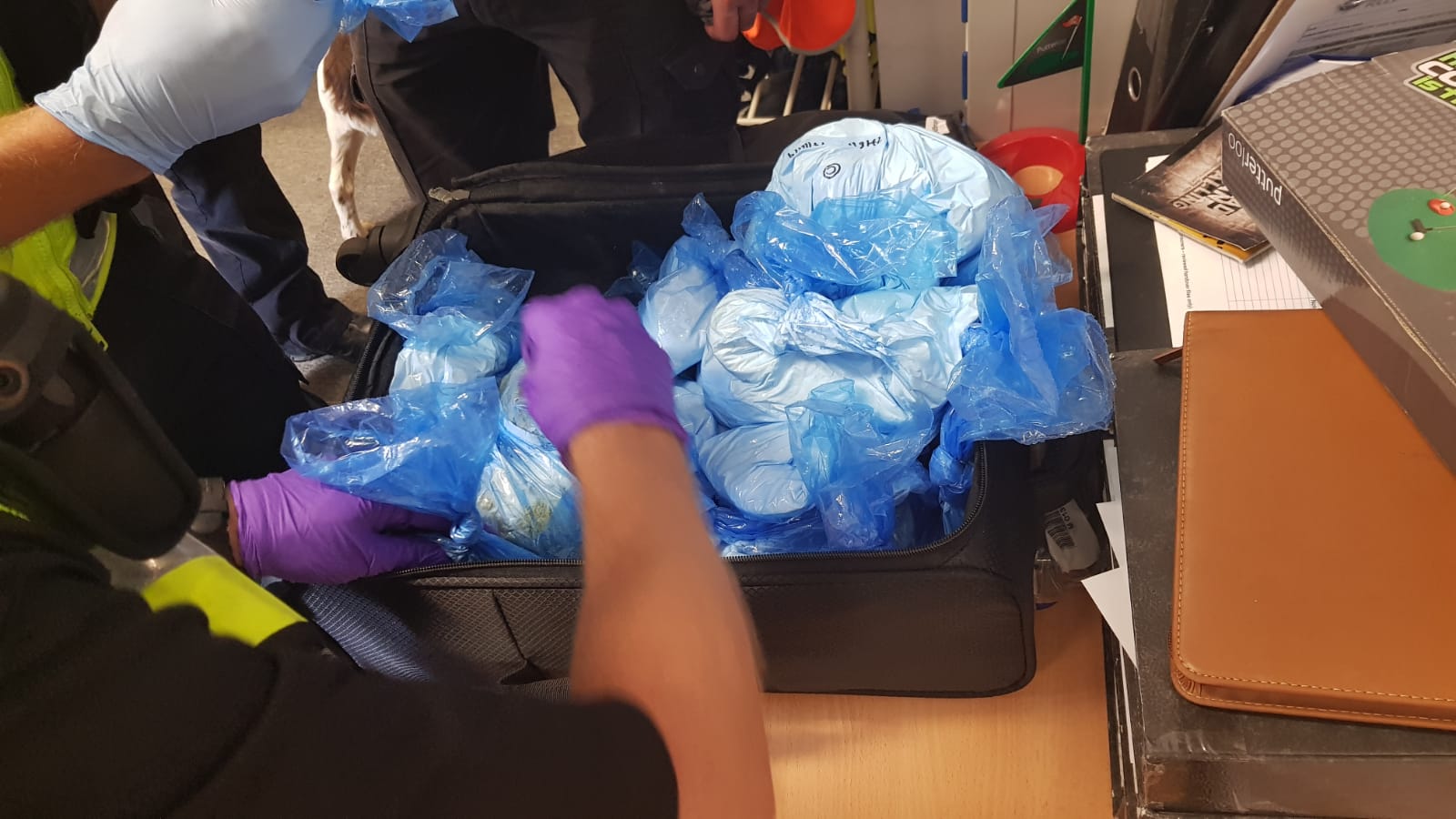 At the height of his infamy, Pablo Escobar supplied 80% of cocaine in the U.S.A. It’s been over 25 years since he died in a shootout, but international airport security forces haven’t relaxed their scrutiny.

Last week, the British Transport Police at Gatwick Airport detained a passenger for carrying a suspicious suitcase stuffed with 25 blue bags full of white powder. “Following a number of inquiries and tests, it was determined these bags of powder were cake ingredients for a vegan bakery. They were soon reunited with the owner, who has promised officers and staff a slice of cake in return,” a police officer told The Guardian.

The vegan bakery revealed itself on social media as Purezza, an internationally-acclaimed vegan pizzeria.

A few loyal customers joked on the pizzeria’s Facebook post that the bags were the “secret ingredient” to their award-winning vegan goodness. Whether the owner of Purezza paid the cake fine remains to be seen, but we’re certain the officers are looking forward to it.

In a tweet, the British Transport Police urged passengers to label their food ingredients responsibly to avoid a shakedown worthy of a Medellín cartel member.

@BTPSussex huge drugs bust at Gatwick airport. In collaboration with @ukhomeoffice powders tested and discovered to be vegan cake ingredients. Please label your foods and bring samples of cakes next time you visit. #cakefine pic.twitter.com/tmyuOI5rLw

Be safe, and travel responsibly!