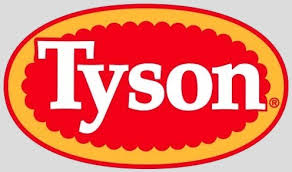 “We couldn’t be happier about our partnership with the PBR,” stated Devin Cole, president,  sales and marketing and chief commercial officer of Tyson Foods. “Because of our initial success in supporting the toughest sport on dirt, we believe that adding a team of Tyson Foods-supported PBR riders will enhance our position with the PBR as well as the PBR fans and our consumers cheering for these great athletes.”

Fans will be able to interact with the Team Tyson riders at Fan Zone events, concourse activities, and other promotional events associated with stops on the BFTS.

Mauney is coming off one of the greatest comebacks in PBR history, overcoming a 3,000-point deficit in the world standings to win his first World Championship. The Mooresville, N.C., native was a perfect 6-for-6 at the World Finals and won four of the final 10 events last season.

“I look forward to working with Team Tyson in 2014,” Mauney said. “It is going to be an exciting year and I am proud to have Tyson Foods along for the ride."

Jenkins, from Springfield, Mo., returns for his 10th season on the BFTS after finishing eighth in the 2013 world standings thanks to seven Top-5 finishes.

“I'm very honored to be a part of the Team Tyson,” Jenkins said. “I look forward to working with Tyson Foods and introducing the PBR fans to this great company.”

Outlaw concluded 2013 as the No. 13 rider in the world and enters his third season on the BFTS. The Hamburg, Ark., native matched a career-high when he rode Modified Clyde for 89.75 points to win Round 1 in Thackerville, Okla., on Aug. 30.

“I’m excited to be representing a world-class company such as Tyson Foods, which happens to be headquartered in the great state of Arkansas. My home state! It should be an exciting 2014.”

Tyson Foods began its partnership with the PBR at the 2013 Built Ford Tough World Finals and is an official partner for the 2014 BFTS season. Tyson Foods will sponsor specific PBR online and social media features that will highlight how moms use Tyson Foods products in their daily preparation of meals, as well as provide PBR fans the opportunity to submit their favorite recipes that include Tyson Foods products. Through these online and social media features, Tyson Foods will give one lucky winner and a guest the opportunity to attend the 2014 PBR World Finals.

The BFTS is televised every week on CBS, CBS Sports Network and networks around the world. BFTS telecasts are produced for the PBR under a multi-year agreement with David Neal Productions, a Los Angeles-based production company led by 34-time Emmy® Award winner and Peabody Award winner David Neal, who serves as executive producer.

New York City will be the first of 27 stops on the 2014 PBR Built Ford Tough Series schedule. The series also will travel to Chicago, Anaheim, Calif., and Dallas on its 18-state tour, culminating with the PBR Built Ford Tough World Finals in Las Vegas on Oct. 22-26 when the 2014 PBR World Champion, the bull rider who amasses the most points during the 2014 season, will receive the coveted world championship belt buckle and $1 million dollar bonus.

Tyson Foods, Inc. (NYSE TSN), with headquarters in Springdale, Arkansas, is one of the world's largest processors and marketers of chicken, beef and pork, the second-largest food production company in the Fortune 500 and a member of the S&P 500. The company was founded in 1935 by John W. Tyson, whose family has continued to be involved with son Don Tyson leading the company for many years and grandson John H. Tyson serving as the current Chairman of the Board of Directors. Tyson Foods produces a wide variety of protein-based and prepared food products and is the recognized market leader in the retail and foodservice markets it serves. The company provides products and services to customers throughout the United States and approximately 130 countries. It has approximately 115,000 Team Members employed at more than 400 facilities and offices in the United States and around the world. Through its Core Values, Code of Conduct and Team Member Bill of Rights, Tyson Foods strives to operate with integrity and trust and is committed to creating value for its shareholders, customers and Team Members. The company also strives to be faith-friendly, provide a safe work environment and serve as stewards of the animals, land and environment entrusted to it.

The world’s premier bull riding organization, the PBR, turns 21 in 2014. In just two decades, the dream of 20 bull riders has become a global sports phenomenon with PBR broadcasts reaching more than half a billion households in 50 nations and territories around the world, and more than 2.5 million fans attending live events each year. PBR has paid out more than $130 million in earnings to its athletes, and 27 riders have earned more than $1 million, including Justin McBride with $5.5 million ― the most of any western sports athlete in history. For more information on the PBR, go toPBR.com, or follow on Facebook at Facebook.com/PBR, Twitter atTwitter.com/PBR, and YouTube at YouTube.com/PBR.