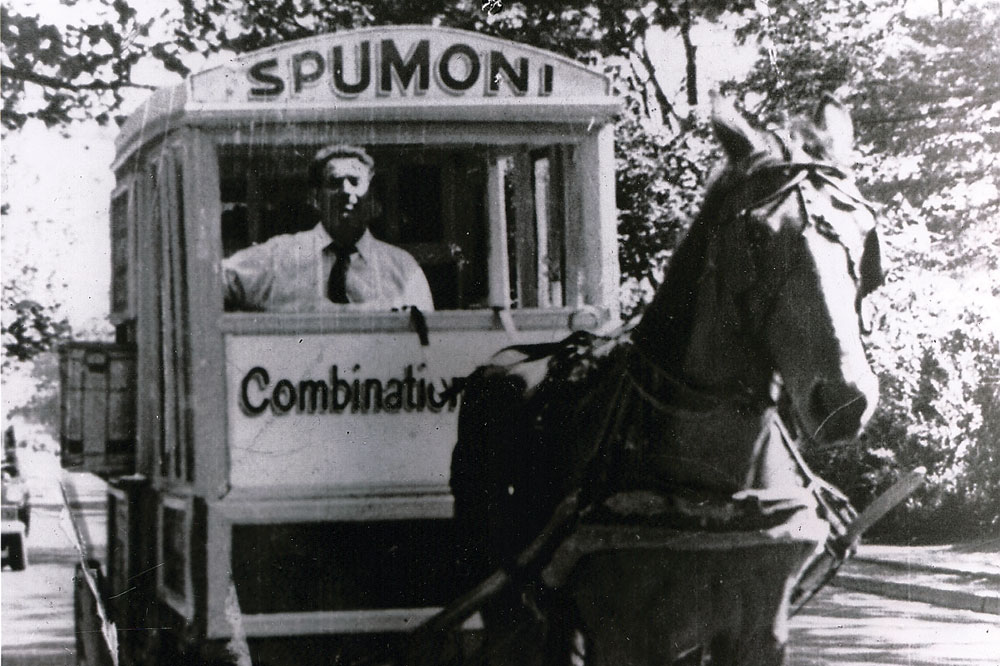 Ludivico Barbati, who had emigrated from Italy in 1917, learned from a local baker how to make spumoni and Italian ices in a garage in 1938. At first, he sold his products in a horse-driven wagon up and down the streets of the neighborhood, but by 1939 he had purchased a building to house the growing operation, L & B Spumoni Gardens (spumonigardens.com). In the ’50s, he commissioned a second building, which became the pizzeria, where Sicilian and round pies were peddled to great success—eventually requiring a third building—thanks to a unique recipe. “Now, our establishment is a block long,” says Toni Corey, granddaughter of Barbati and one of the current owners in the still-family-run business. “As far as Sicilian goes, our pizza is different than anything you’ve had before, with a crunchy bottom, a chewy, airy center, and sweet sauce. You can’t have just one slice!”

Throughout the years, L & B has grown to epic proportions without advertisement—except the free kind. The pizzeria has been featured in countless articles and on the TV show Man v. Food, while the Internet spreads word of the delectable square slices worldwide (Corey frequently fields emails from customers as far away as London and Japan). Of course, the family had to struggle through 9/11, a rough economy in recent years and a changing neighborhood, but the company has persevered thanks to a rabid fan base. “A lot of places had a hard time, but we made it through,” recounts Corey. “Luckily, pizza is still affordable, and we held our own. If you grew up in this area, you always come back to L & B.”

Corey’s father, the second generation of the business, passed away three years ago, but she remembers that he was exceedingly proud of how far the business had come. And it may go further—Corey hints that a second location might be in the works. Ultimately, however, Corey wants to continue the family’s success through long-established values: treating the customer right, charging fairly and remaining professional. “We stand out because we’re different, and people keep coming back. Our pizza hasn’t changed since the 1950s; we give customers what they want,” she explains. “It’s something to be very proud of. Just give us another 80 years!”