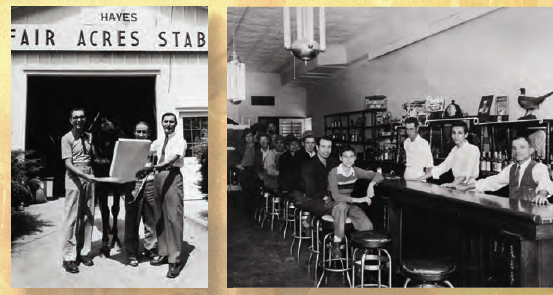 In the small mining community of DuQuoin, Illinois, Alongi’s is a true survivor: Sicilian immigrant Guy Alongi started his business during the height of the Great Depression, in 1933, and his family continues to weather difficult economic times in the present day. However, even through hardship, the business has seen remarkable success as an independent family restaurant, serving more than 1 million pizzas and 8 million glasses of Budweiser over the years, as well as ushering dozens of celebrities through its doors, including Bob Hope, Willie Nelson and Red Skelton. Alongi’s also has the distinction of serving up some firsts in southern Illinois: the first pizza operation, the first television in a business, and the first drive-up window. 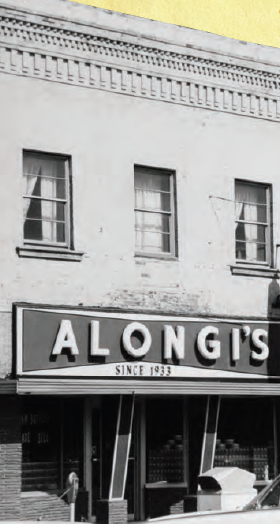 The restaurant began as a sandwich shop, but by the early 1950s, Alongi’s ha entered the pizza business. “We catered families,” says 81-year-old John Along who ran the restaurant with his brother Jerome “Mimi” for decades after their father, Guy, passed (today, John’s two sons carry on the day-to-day operations). “We gave baseball cards to kids—more than 20,000 over the years—and built the business that way.” Still, his secret to longevity involves more than kid-friendly marketing; he credits the success of Alongi's to three factors: service, food and attention to customers. “Business comes back to where it’s treated well,” he says.

That attention extends to employees, as well as the larger community. “If you don’t treat your employees like family, you’re in the wrong business,” says John, and points out that several staff members have served the restaurant for more than 25 years. On behalf of Alongi’s, John also sponsors several college scholarships; works on local committees and the tourism board; and regularly visits Washington to speak for small business owners. “You can’t take everything; you have to give something back,” says John. “If you’re going to stay in business, you have to be involved. You have to be active in the community and take part.”

Most of all, John wants the younger generation to appreciate the viability of the restaurant business as more than just a job. “Our industry needs a little pep talk about how the singular independent can survive. The restaurant business can provide a good career. This is a tough industry, but you shouldn’t go into a business just for money; you have to like to get up and go to work every day.”