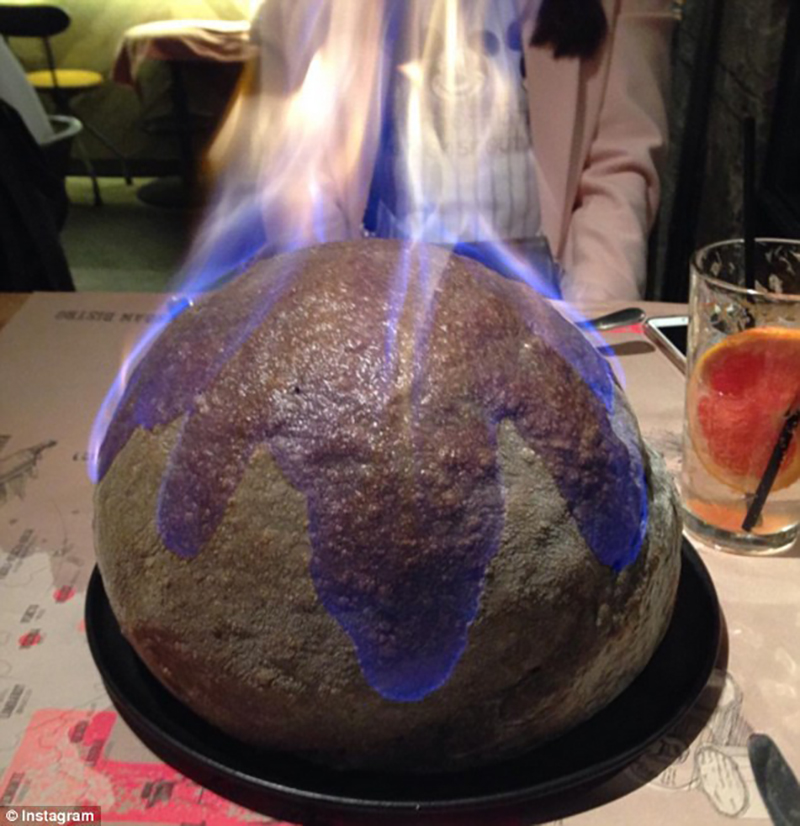 If you thought pizza makers had finally gone too far when they invented hot dog-stuffed crusts and French-fry pies, think again. An Italian restaurant in Seoul, South Korea, has developed a pizza that burns before your very eyes and has to be cut open with scissors.

The Bomb is a basketball-sized dome of dough infused with black or pink dye and slathered in alcohol. As it sits at your table like some kind of mysterious blob recovered from a crashed UFO, the server leans in and sets it alight. The dough ball bursts into flames and burns for several seconds. Once the fire dies down, the server slowly and carefully cuts it open with scissors. On the inside, a steaming-hot, cheesy pie is revealed.

Beyond its novelty appeal, there is a method to the Bomb’s madness: The intense heat from the fire quickly melts the cheese and makes it ready to eat within just minutes after ordering. The Bomb comes in several varieties, including the Quattro Formaggi, the Double Cheese Bolognaise and the Cheese and Raisin.

The Bomb isn’t the only crazy pizza in South Korea—we’re talking pies topped with snails and calamari, folks—but it surely must be the most dangerous one. Or, as one Instagram wag wrote, “Finally, we can enjoy pizza with the savory pleasure of molten ash!”