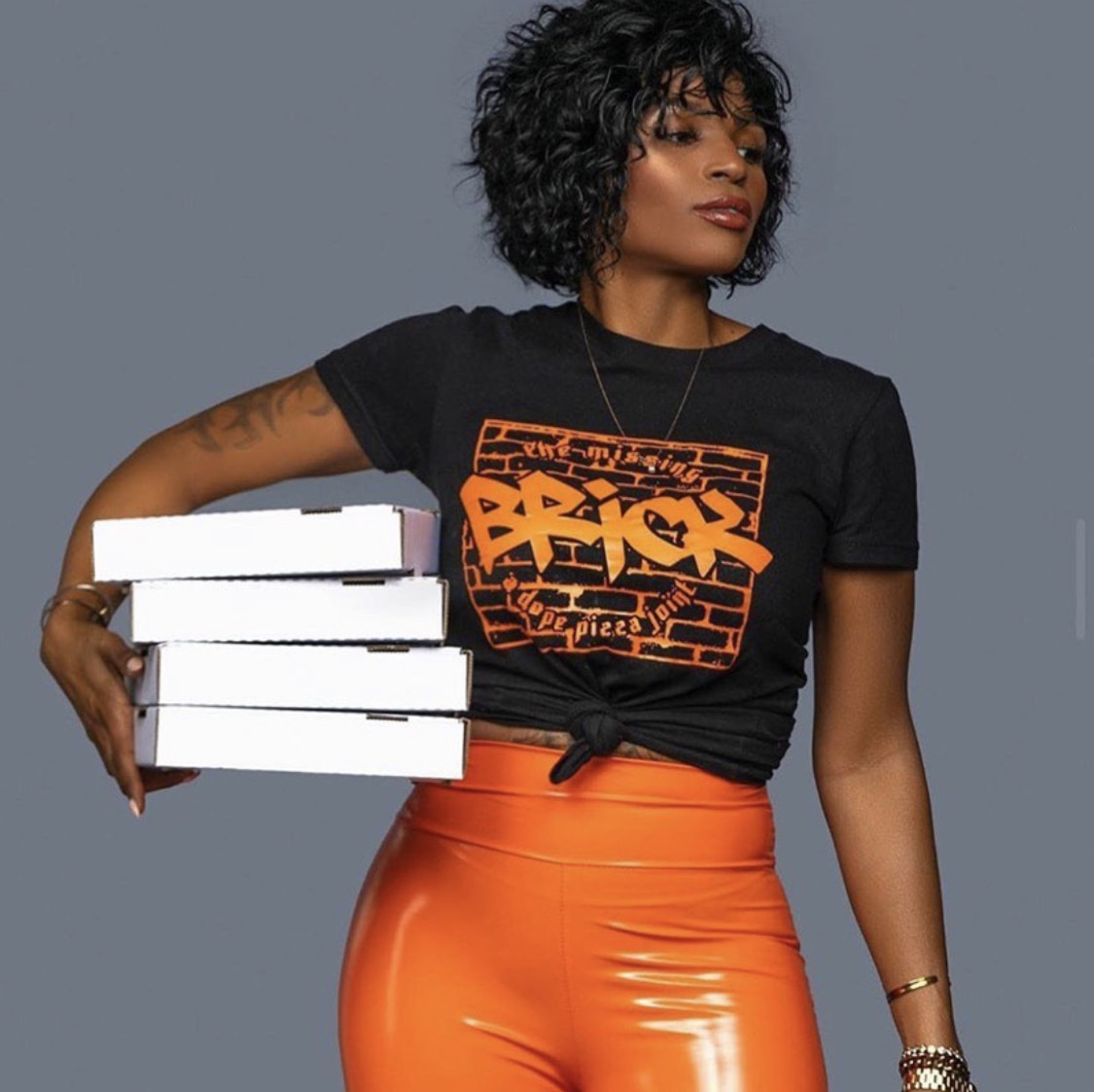 Que Wimberly owns The Missing Brick along with her two sons.

The Missing Brick is more than a Black-owned pizza restaurant—it’s a self-described “dope pizza joint” that sources key ingredients from other Black-owned restaurants and foodservice businesses in the Indianapolis area. And it’s such a hit that owner Que Wimberly, who runs the eatery with her two sons, sells out of food on a regular basis.

“One of the things that Indianapolis didn’t have was a craft pizza [place] that was Black-owned and family-ran,” Wimberly told CBS 4 Indy in an interview last week. “So that was a hole that The Missing Brick filled.”

Wimberly opened The Missing Brick in May 2019 with a type of pizza that she describes as “Indy-style” with a definite urban twist.

“My goal was, instead of going with the traditional pepperoni/sausage/green pepper pizza, I wanted to create urban dishes on top of pizza, which would give you a more familiar style,” she said.

Wimberly has also made sure to familiarize her customers with other Black chefs and foodservice suppliers. A Missing Brick pizza called The Wood Stock, for example, features brisket from Hank’s Smoked Briskets, along with a two-cheese blend and a BBQ sauce drizzle. And Wimberly collaborated with Chef Oya, owner of local seafood hotspot The Trap, on a pie bearing the same name; it’s loaded with jumbo shrimp and crab meat and sprinkled with YoungBae Signature Seasoning from Black chef Candace Boyd Wylie of FoodLoveTog LLC, plus green onion, parsley and Chef Oya’s Indy-famous OG Garlic Herb Trap Buttah.

Wimberly described The Trap pizza as “a seafood boil on a pizza” and said it’s her most popular menu item.

All pizzas come in a standard 12-inch size, described as “edibles” on the menu. Food writer Julia Spalding, who penned a rave review of The Missing Brick in the Indianapolis Monthly, writes that Wimberly’s pizzas are “cooked free-form in custom perforated pans” and “look more like released casseroles, thick and bubbly with mozzarella, cut into eight fat squares that make you the star of your own happy, lip-smacking mukbang video when you bite into the thick, saucy tectonic slide of ingredients.”

According to the Indianapolis Monthly, Wemberly is a self-taught pizzaiola who worked with Delco Foods, an Indy-based Italian distributor, to develop her recipes. The result is “a dense, thick, flatbread-like crust …[that] can hold up to heavy cheese and thickset toppings,” Spalding writes.

Or, as Wimberly herself explained, “People ask me what kind of pizza this is, and I tell them it’s Indy-style. It is its own thing.”

And Indy-style is catching on. A smallish eatery with just one pizza oven, the Missing Brick has limited hours—Tuesday through Saturday from 5-10 p.m.—and frequently runs out of dough before 10 o’clock arrives.