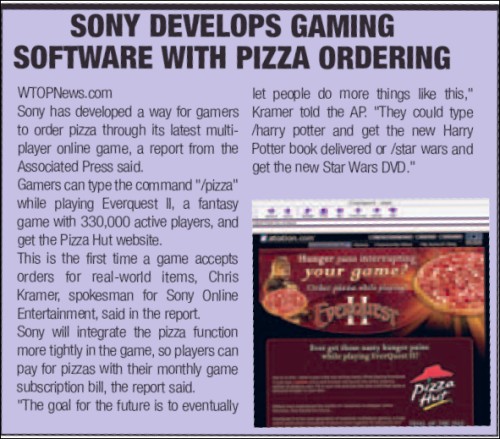 Police said Darion Boxley, 31, of Springfield, threw white powder on the clerks of a Domino's Pizza store before breaking into the cash register, according to a report at MassLive.com.

Boxley was apprehended, and a container of baby powder was found in his car. Other items found in the car include $100, a roll of pennies, a Domino's coupon and a mask, the report said.

"The powder substance both distracted the clerks and obstructed their view as the subject jumped over the counter and took the cash," a police report states.

OLYMPIA, Wash. – A manager at Pizza Time restaurant fired employees after an impromptu strike over the weekend, according to a report at TheOlympian.com.

The employees were planning to organize a union but had not done it as of Monday, the report said. Two workers had already been fired since the owner hired new managers to improve the business last week. The new managers fired the nine remaining employees on Monday.

"They have the right to picket, but unfortunately, they are no longer employed with me," Shane Bloking, one manager, said. "They didn't call or show up for work, so I fired them."

The Italian embassy in London received  a radioactive pizza from anti-nuclear group CORE, a report in the Whitehaven News said.

During a meeting at the embassy, CORE (which stands for Cumbrians Opposed to a Radioactive Environment), aired concerns on plans to ship more irradiated fuel to Sellafield for reprocessing, the report said.

In a move to demonstrate the environmental damage, CORE presented a Pizza Cumbriana topped with mud and seaweed from a walkway near the River Esk estuary. The mud and seaweed were tested and found to have radioactive levels illegal in Italy and a Low Level Waste rating in the UK, the report said.

The Michael Jackson trial jury has only been receiving 10-minute snack breaks due to Judge Rodney Melville's rigid schedule. The three snack breaks during six hours of testimony are, according to IrelandOnline, "a hunger-inducing regimen" the judge calls the "Melville diet." The jury came back 15 minutes late last Tuesday with an excuse: free pizza.

The judge explained to the court that CNN reported the jurors were starving to death. The Olive Garden caught wind, and rushed over a bunch of pies, the report said.

Judge Melville said jurors "sent out an attack squadron" letting him know they wanted time to eat their pizzas, the report said. His response, "So now they're full, and they can thank CNN." 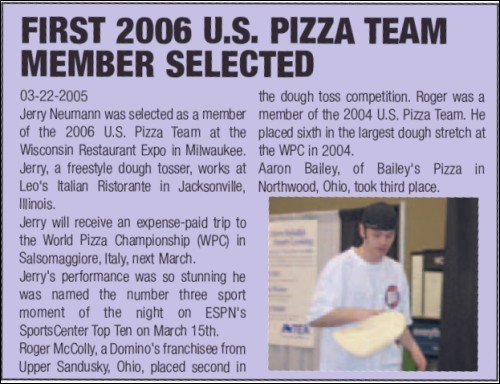