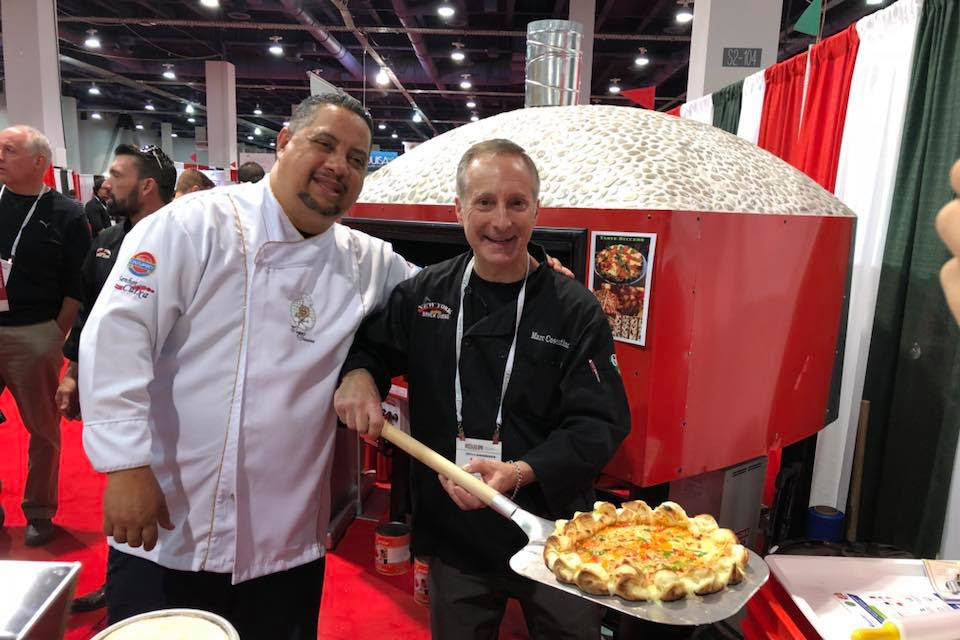 The company believes its newest oven with a classic new Neapolitan look and a high-polished finish will be the new best-selling item of its kind on the market today. The oven will also have its patented floor heat system, speed control, and programmable gas burner system. With production capacity up to 200 plus pies per hour, the oven will be outproducing all standard brick oven competitors. With cooking temperature ranges from 700°F to 900°F, the new series is truly high production machines.

The New York Brick Oven Co. has been manufacturing a variety of ovens for over 20 years such as Revolving Brick Ovens, Custom Brick Ovens, Coal Ovens, Matzo Ovens, Inferno Series Revolving, Fire Show Revolving Ovens (the industry’s only backfired revolving brick oven) and now the Cupola Series Revolving Ovens. With ovens in every state across the United States as well as dozens of countries worldwide, it is the industry leader in revolving brick ovens. The ovens are available through a nationwide network of dealers and distributors who are filling orders every week to meet the growing demands of the brick oven pizza revolution.

They have combined modern technology and old-world tradition to create the best ovens on the market today. The mission of the New York Brick Oven Company is to leverage technology to help brands succeed in a competitive, ever-changing pizza market.