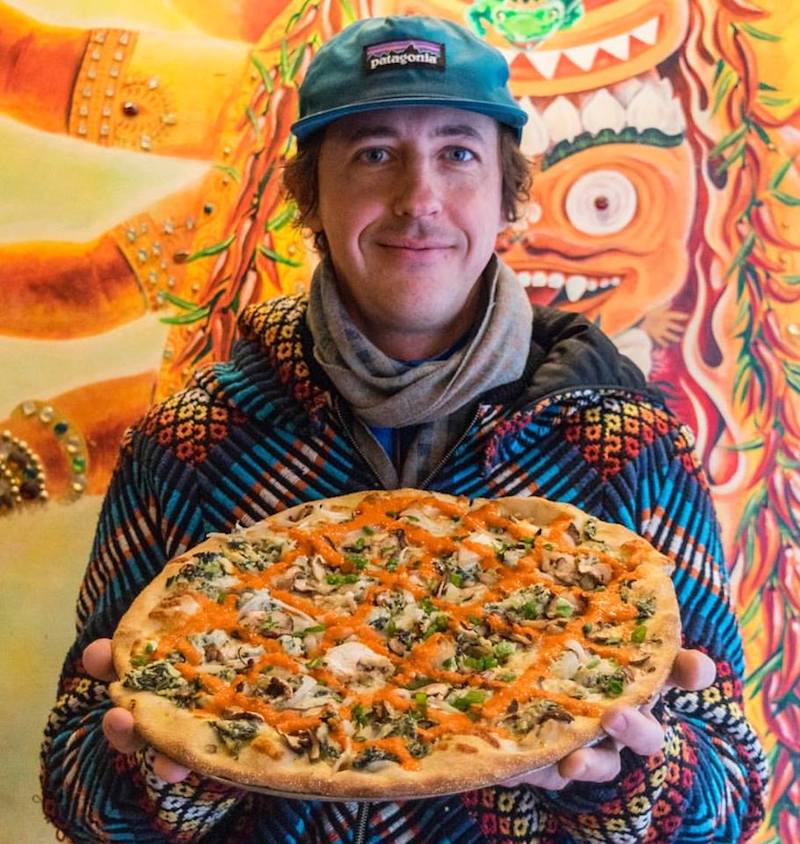 Two Boots, a Cajun-themed restaurant and pizzeria, was opened in New York’s East Village in 1987 by two indie filmmakers, Doris Kornish and Phil Hartman. The restaurant’s devotion to movies, pop culture and wacky pizza creations has fueled rapid growth, with locations in multiple states. Here’s our top 10 list of Two Boots’ "pizza noir" (we can make up words, too) classics: 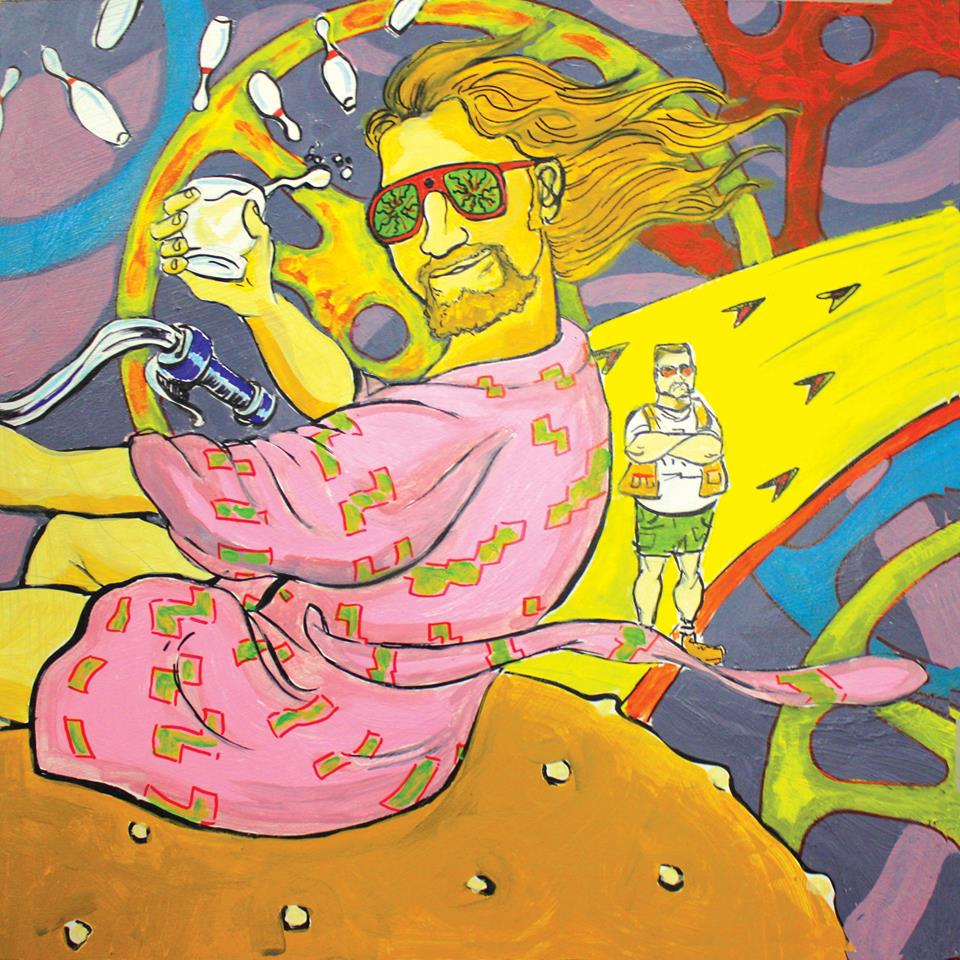 One of Two Boots' daily special selections is a cheddar cheese homage to the patron saint of slackers, The Jeff Bridges classic, The Great Lebowski. "The Dude" also stars tasso ham and beef and andouille burger bites. It’s "The Dude," man. Doesn’t even have to work hard to be great.

The Cleopatra Jones celebrates one of the first and most successful blaxploitation flicks ever, a 1973 spoof on the James Bond franchise starring the spicy Tamara Dobson. Two Boots’ pizza version is equally smokin’ with hot Italian sausage, roasted red peppers, red onions and mozzarella. 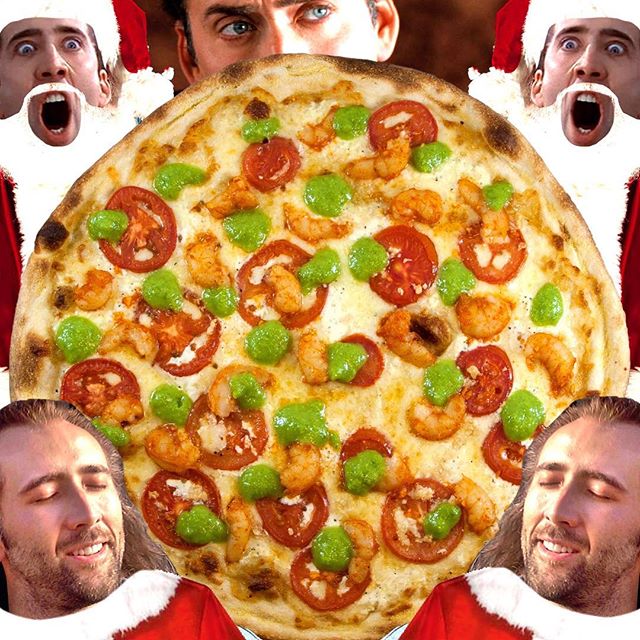 This one honors the American actor with the greatest reputation for appearing in both awesome movies and hideous stinkers. Think Raising Arizona vs. The Ghost Rider. Nicolas Cage has overacted his way to Two Boots immortality with a white-sauced pie smothered in shrimp, sliced tomatoes and jalapeno pesto.

Who? You know, the nerdy-looking dude (the real Dude’s antithesis) who played Rob Petrie's boss in the old Dick Van Dyke show. Watch it on TVLand. It's funny! This Two Boots hit is another white pie named for the whitest guy in history and features pesto, sundried tomatoes, ricotta cheese and roasted peppers. 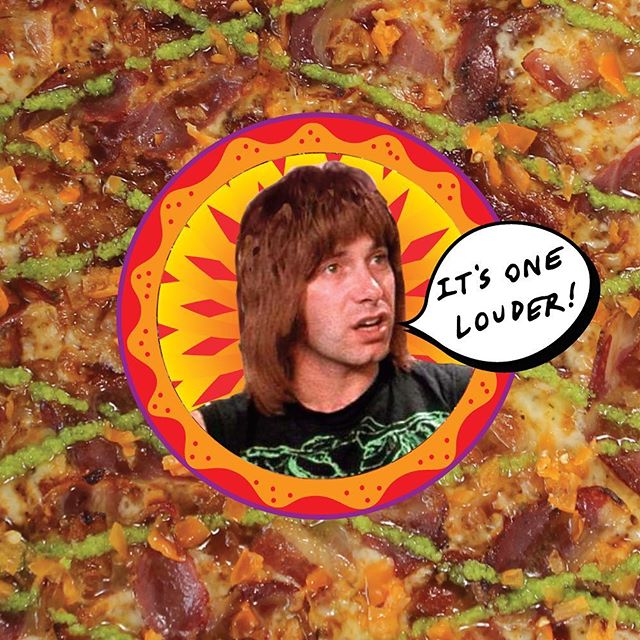 That’s the number on my stereo volume dial that made my parents scream, "Turn it down!" when I blasted Whole Lotta Love. It’s also Christopher Guest’s funniest Spinal Tap bit. Off-the-charts flavor is what Two Boots’ "The 11" creates with all-natural bacon, habanero peppers, capicola and jalapeno pesto. 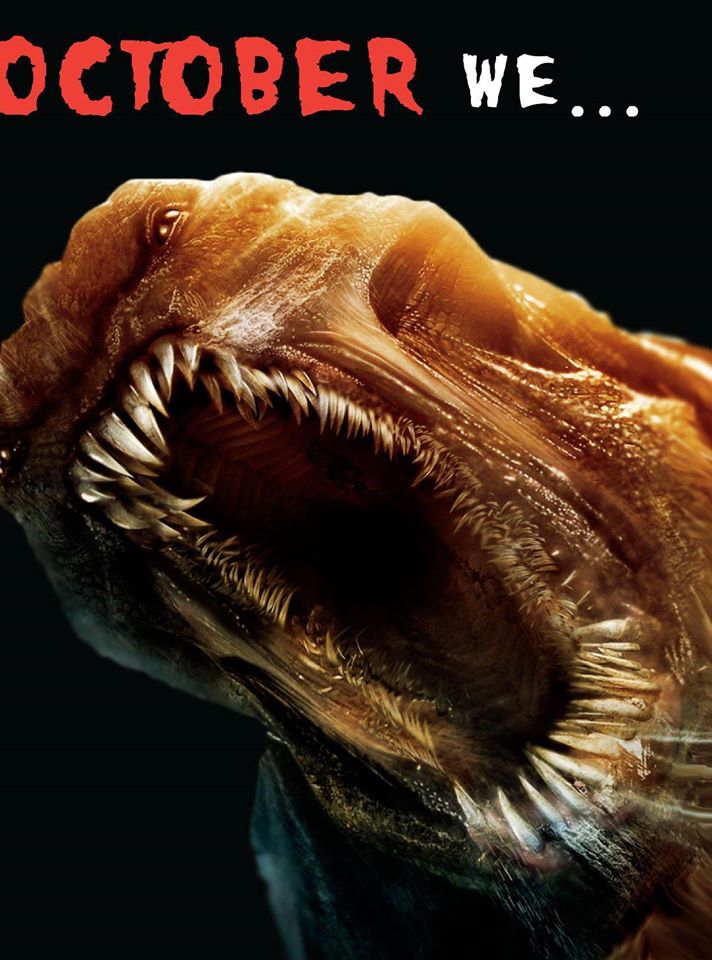 Maybe the Kraken doesn’t rate as a movie star, but she ate up every scene in The Clash of the Titans, the movie that nearly ruined Liam Neeson's career. “Release the Kraken” at Two Boots, and you’ll feast on sweet Italian sausage, jalapenos, ricotta and mozzarella cheeses on a round Sicilian crust. 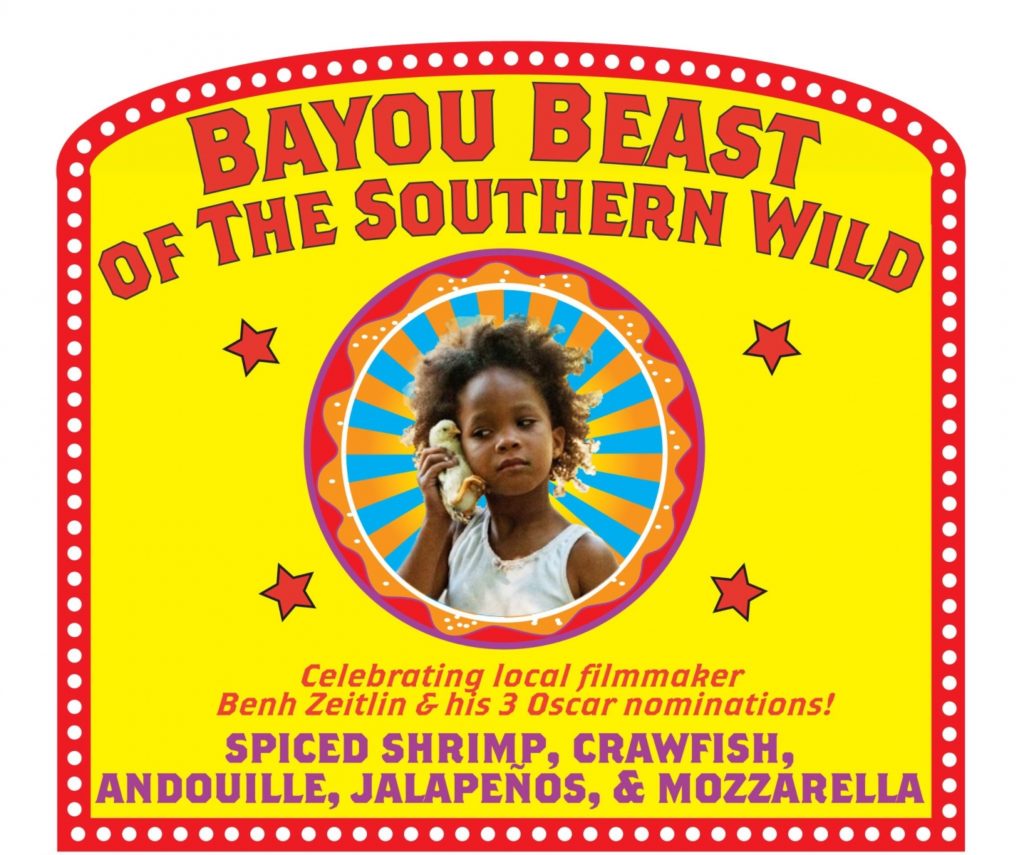 7. The Bayou Beast of the Southern Wild

Yep, one of those Oscar-nominated, never-saw-it movies that gets talked about at cocktail parties I don’t get invited to anyway. I wish someone would invite me to Two Boots to chow down with this New Orleans-style seafood beauty, resplendent with heaps of spiced shrimp, crawfish, andouille and jalapenos. 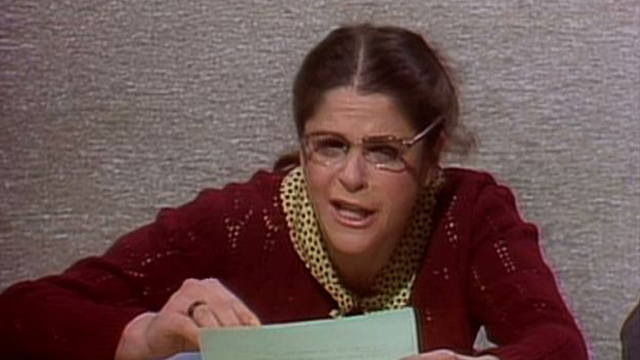 I loved Gilda Radner, but I’m not sure about an eggplant pi…NEVERMIND.  What’s not to like about breaded eggplant, sweet red pepper pesto, and ricotta AND mozzarella cheeses? 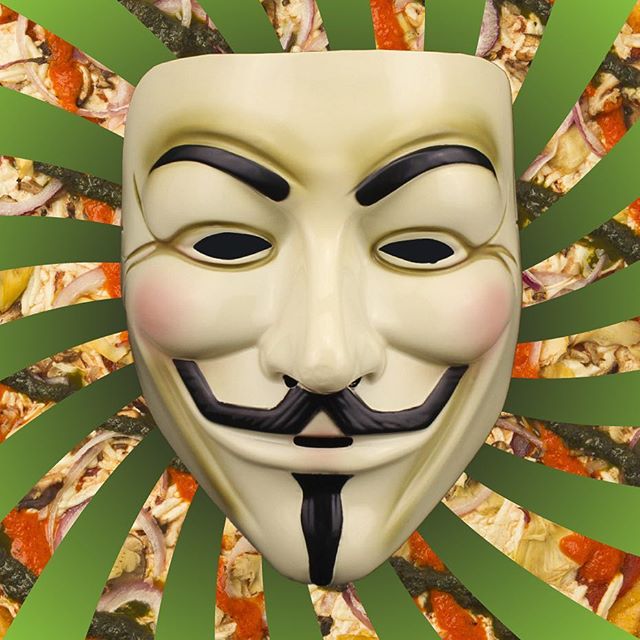 I hate scary masks! Whether it’s Jason in Friday the 13th or Darth Vader or the get-a-date anarchists who are still wearing that creepy thing from V for Vendetta. Nothin' creepy about this radical veggie pie boasting artichokes, shiitake mushrooms, red onions, pepper pesto and non-dairy (of course) cheese. 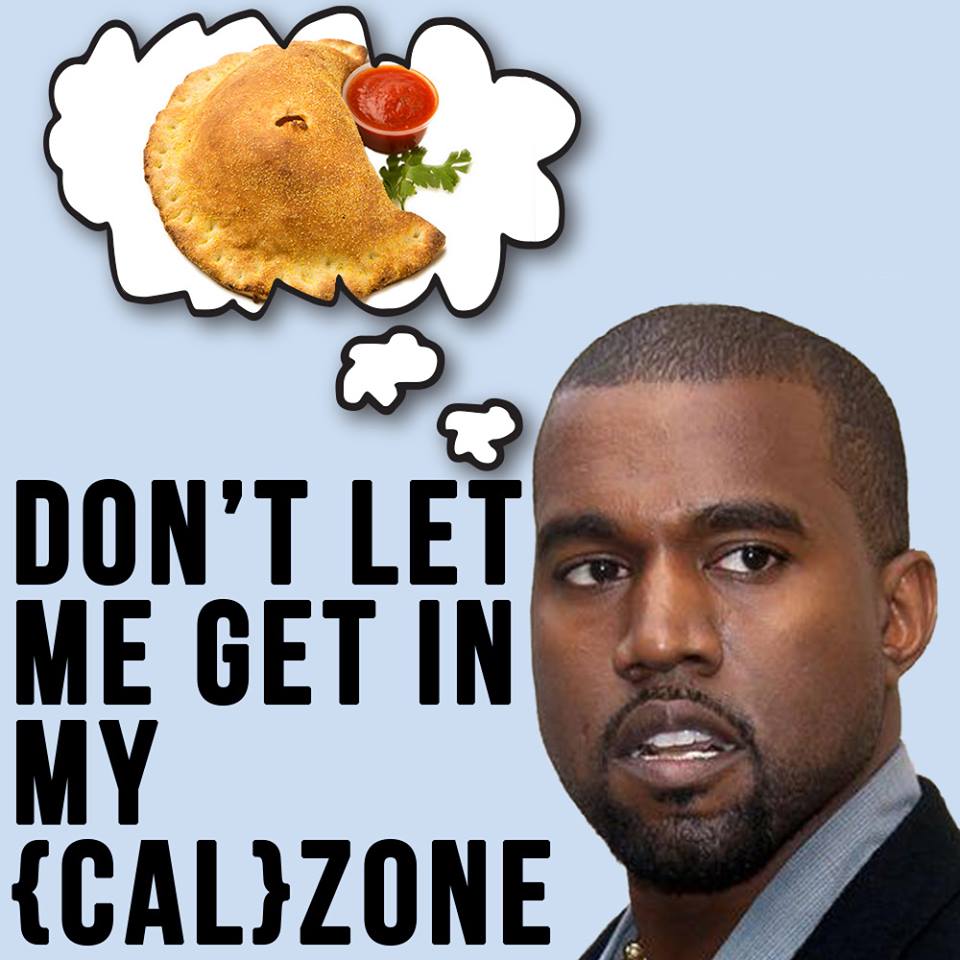 Apparently this guy was sick of pizza. I don’t think you can trust Kanye West’s judgment nowadays, but I’ll give him a pass based on how awesome this calzone looks. Maybe he could invite Taylor Swift and President-elect Trump down to Two Boots for a pizza. Maybe they'd even share. Naw.