That's a lot of dough! Average American eats more than 6,000 slices of pizza in a lifetime - PMQ Pizza Magazine 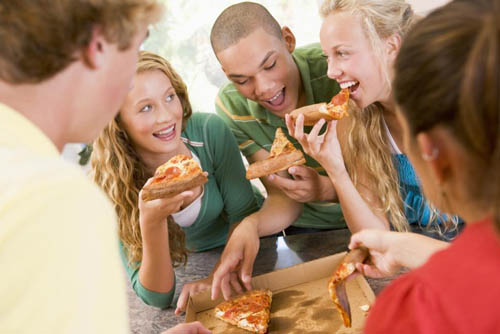 The statistics on pizza consumption are impressive — but maybe not so surprising if you think about how old you were when you enjoyed your first delicious piece of pizza.

According to a poll printed in the New York Daily News and conducted by the pizza chain CiCi's, the average American eats upwards of 6,000 slices of pizza in his or her lifetime.

NYdailynews.com reports the nationwide survey of 1,000 U.S. adults reveals that many consumers begin their lifelong devotion to pizza at pre-school age.

A third of consumers eat pizza at least once a week and one in 10 grab up to three slices as many as three times a week. A die-hard 16 percent eat 15 slices each month.

Read more to find out what Darin Harris, CEO of buffet restaurant chain CiCi's Pizza, who conducted the poll, had to say about the results.