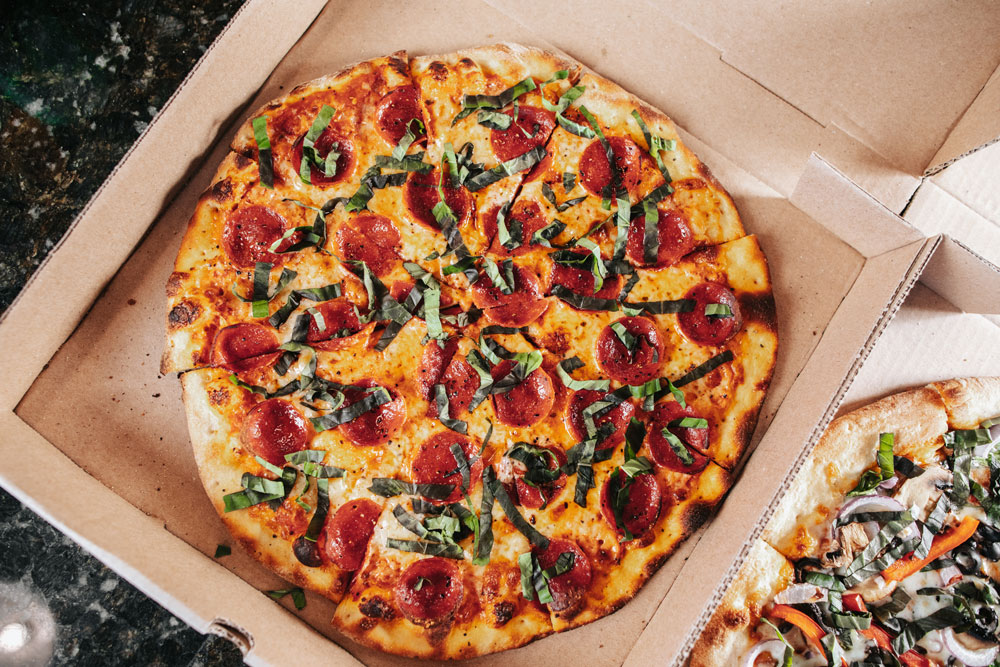 “In Italy, pepperoni does not exist,” says Luca Varuni with a laugh. “True Italians use salami, soppressata or capicola instead. The closest word to ‘pepperoni’ in Italy is peperoni, spelled with one p—and it means bell pepper.”

As the owner of Varuni Napoli, an authentic Neapolitan pizzeria with two locations in Atlanta, Varuni knows his Italian ingredients, but he doesn’t shy away from utilizing pepperoni on his menu. In fact, the Bastardo Pizza is his second-best seller, just behind the classic Margherita. Made with pepperoni cups, fresh mozzarella, ’nduja, Pecorino Romano and a touch of basil, the “Bastardo” name refers to the fact that no one really knows the origin of pepperoni.

Despite being such a popular ingredient—The National Hot Dog & Sausage Council notes that U.S. sales of pepperoni in 2018 reached more than $526 million, up 9.4% from 2017—there is still plenty to learn about this must-have pizza topping. We asked experts for their best tips, tricks and creative uses of pepperoni to help you look at an old classic in a new light.

“We looked at the interplay between pepperoni and cheese…because each of those is going to release a certain amount of grease on the pizza, so it’s about how they play together. We wanted to nail the perfect combination of savoriness and aftertaste.”

At Varuni Napoli, one of the ingredients that staff goes through the most, besides buffalo mozzarella, is pepperoni. For this reason, Varuni decided to choose a premade option for his operations. “Cured meats take a lot of time and care to prepare, and with the restaurant going through it so often, it makes more sense to use premade,” he says. “We use the highest quality of cup pepperoni…Ever since switching to cup pepperoni in the fall of 2019, our customers have never been happier—it’s hard to resist those crispy cups!”

Khanh Nguyen, founder and CEO of Texas-based ZaLat Pizza, with seven locations in the Dallas-Fort Worth area, also decided to go the premade route with his pepperoni. While honing in on the meticulous design of every aspect of his pizza through months of testing, he knew he wanted to elevate even standards like pepperoni pies into a work of art. “It’s not difficult to design an interesting pizza, but it’s a real challenge to take something common like pepperoni and make it into a great pizza,” Nguyen says. “As we always knew we wanted to grow to multiunit operations, making our own pepperoni wasn’t viable for us. So we decided to try everything and hone in on the best type.” In fact, his pepperoni trials were so thorough that Nguyen keeps the brand he ultimately selected a well-guarded secret.

But it wasn’t taste alone that guided his selection. “It’s also about the combination of things working together,” Nguyen points out. “We looked at the interplay between pepperoni and cheese, for example, because each of those is going to release a certain amount of grease on the pizza, so it’s about how they play together. We wanted to nail the perfect combination of savoriness and aftertaste.” After so many trials, he landed on a 100% beef pepperoni from a smaller brand. Now, 40% of his sales are comprised of pepperoni pies alone. But he also elevates the pepperoni with a sprinkling of basil ribbons on one pie, for a fresh tweak to the flavor profile, while The Crave combines pepperoni with salami, cracked black pepper and red onions.

At Aurelio’s, with 39 locations, president and CEO Joe Aurelio also recognizes the benefit of premade pepperoni, since it’s far less labor-intensive. “We make our own sausage, but the pepperoni process is much more involved—I prefer to work with a strong vendor who is an expert at making pepperoni,” Aurelio explains. “With Aurelio’s classic pepperoni, combined with cheese and sweet pizza sauce, it gives sweet and spicy flavors unlike any other pizza. Top it with pineapple, and it adds even more intense flavors.” Aurelio’s also employs pepperoni on its antipasto salad—“[It’s] delicious and a great starter before diving into a pizza,” Aurelio says. The salad tops a bed of lettuce with ham, mozzarella cheese, pepperoni, green and black olives, sweet red peppers and pepperoncini, recommended to diners with its house dressing.

Varuni has also found some creative ways to use pepperoni, which he says pairs “amazingly well” with the pizzeria’s homemade ’nduja. “Mushrooms also pair well with pepperoni; the flavors definitely play off each other and complement each other nicely,” he adds. “And people may not think about this, but if you freeze the pepperoni and grate it like you would cheese, it’s a delicious topping for pastas, salads and appetizers.”

“Mushrooms also pair well with pepperoni; the flavors definitely play off each other and complement each other nicely. And…if you freeze the pepperoni and grate it like you would cheese, it’s a delicious topping for pastas, salads and appetizers.”

As many consumers look to cut calories or fat, most don’t consider pepperoni a health food. Still, there are ways to make more positive choices when it comes to selecting pepperoni. “Our restaurant sees a demand for natural meat-based options, which is why this has always been one of our top priorities,” Varuni says. “The meats we use are not processed, are hormone-free and contain no antibiotics. They’re top-tier, artisanal products.”

At Chicago-based Home Run Inn Pizza, with nine locations and a frozen-food line, food and beverage director Jeff Hursh reports that, since its addition a few years ago, turkey sausage has steadily gained in sales and now sits in the top four or five pizza toppings. So, this past spring, the company decided to add turkey pepperoni, too. “We found a turkey pepperoni that’s very good,” Hursh says. “Some people don’t eat pork for religious reasons or want a lower-fat option for health reasons. For people who are looking for turkey pepperoni, they don’t set the bar very high for taste—they just like having that option.”

Related: Weird pizza ingredients that can create viral buzz for your restaurant

For Nguyen, though, health considerations take a backseat. His business is “100% about taste,” so flavor overrides all other considerations. In fact, he’s gotten listed as one of the best restaurants in the Dallas area for 420 celebrators, thanks to a decidedly unhealthy combination for stoners. “We normally do a 420 pizza, and in the past we combined a pepperoni pizza with Lucky Charms cereal,” Nguyen says. “It actually worked great, with those sweet, salty and savory flavors!”

On the other hand, some recipes can ditch the meat altogether for a vegetarian- and vegan-friendly alternative such as seitan pepperoni (see recipe on page 50). Suzi Gerber, an executive chef, food product developer and author of Plant-Based Gourmet in Medford, Massachusetts, recommends this option. “It packs more than 100 grams of protein without even one-quarter of the saturated fats, stabilizers, nitrates and other compounds found in conventional pepperoni,” Gerber says. “In addition to being a lean protein, this recipe contains a very high fiber content—virtually unheard of for pepperoni or other cured meats—which increases satiety.”

Regardless of whether your pepperoni caters to plant-based diets or goes whole-hog on the indulgence factor, it’s worth communicating to customers what, if any, qualities make your pepperoni stand out against the competition. And, once you’ve taken the time to select (or make from scratch) the perfect pepperoni for you, allow it to work its unique magic across the menu. Pepperoni has certainly cemented itself as what The New York Times once called “America’s favorite topping,” but it can be a lot more with just a little experimentation!

Suzi’s note: “This can be spiced however you desire, but the spices in this recipe, like paprika and Italian herbs, complement the wheat and beans, making them not only more digestible, but making nutrients and minerals like iron more absorbable, too.”

Smash the beans in a bowl with the spices and herbs until all are broken and chunky and the spices are mixed throughout. Add the tomato paste and oil and mix. Add the chickpea flour. Slowly add the gluten flour, ½ c. at a time, mixing as you go. Pour in the vegetable broth and let the dough mix absorb the liquid, turning the batter over and over until the liquid is completely absorbed. Turn out the dough on a floured board to knead for 2 minutes. Let rest for 10 minutes. Knead again for 2 to 5 minutes, shaping into long sausages, and rolling until smooth and no longer sticky.

Wrap the sausages in lightly greased tinfoil and steam in a steamer basket over boiling water for 20 to 25 minutes, checking after 15 minutes for desired firmness. (For dryer and firmer pepperoni, cook longer, up to 35 minutes.) Let cool and slice to desired thickness, storing in a mixture of olive oil, cracked black pepper and paprika until ready for use. Store at room temperature for up to two days or in the refrigerator for up to one month. Extra sausages can be frozen whole for up to six months.