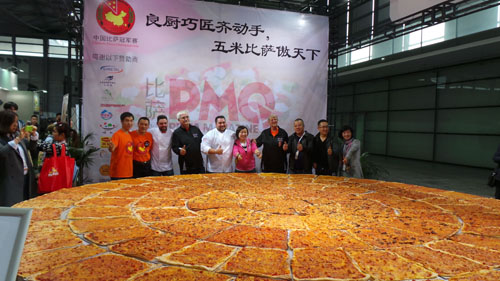 Ever boast that you eat that whole pizza by yourself? A new Cornell University study proves that men not only brag about their appetite, they're likely to prove it when showing off in front of their woman  by devouring as much pizza as they can shove in their face.

Geek.com report on the findings by Cornell’s Food and Brand Lab that when a man was paired with a woman at an Italian buffet, the dude was likely to eat twice as much as usual, including inhaling 93% more pizza by volume and 86% more greens. Kevin Kniffin, who conducted the study, says these results are consistent with historical power plays in which men demonstrated prosperity by eating as much as possible in one sitting to demonstrate they possessed the most food in the area. "These findings suggest that men tend to overeat to show off,” Kniffin wrote. “You can also see this tendency in eating competitions which almost always have mostly male participants.”