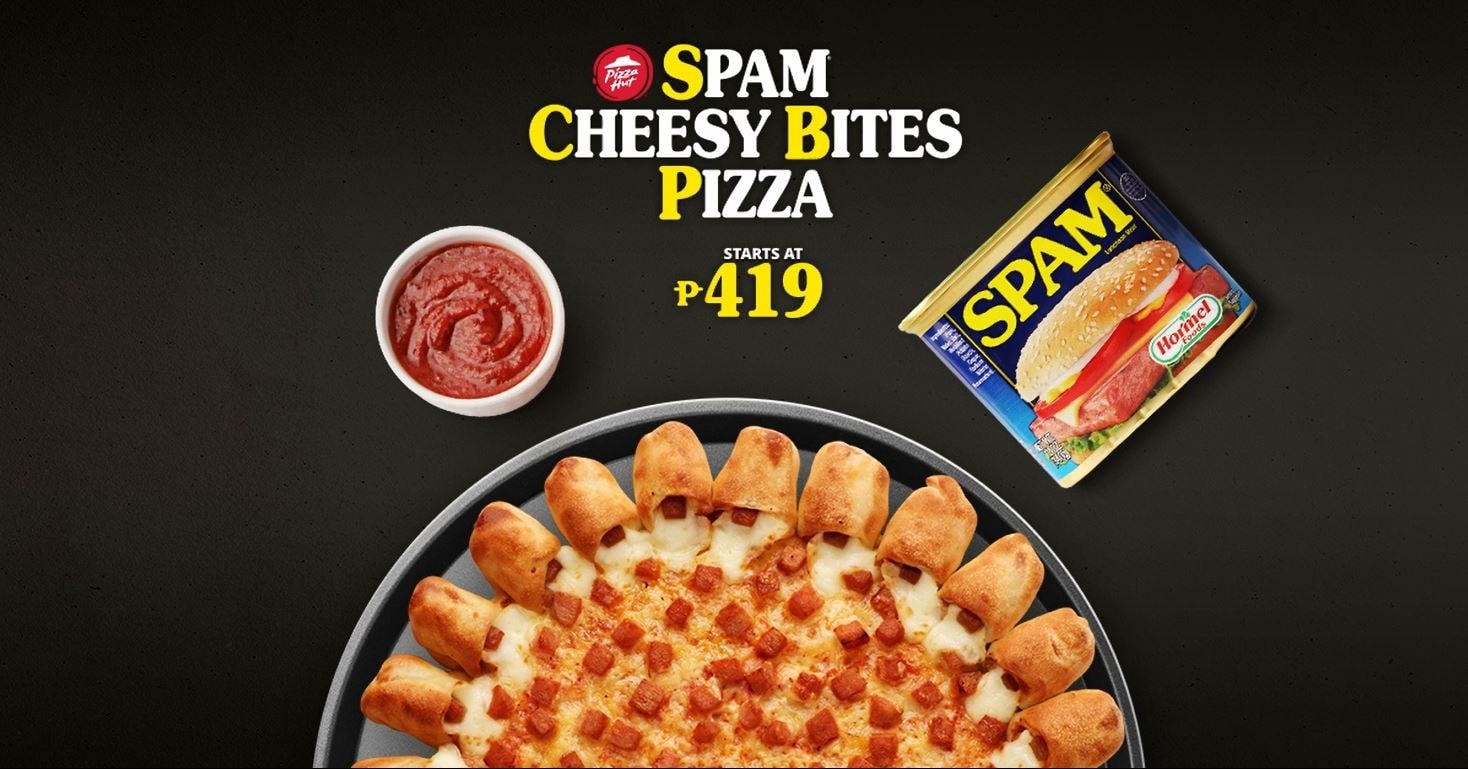 Add this one to your running list of weird pizza toppings: cubes of Spam on Pizza Hut Philippines' Spam Cheesy Bites Pizza.

Add this to your running list of the weirdest pizza toppings: Pizza Hut is spamming its customers in the Philippines with a new specialty pizza that hopefully tastes better than it sounds—the Spam Cheesy Bites Pizza.

Described by Pizza Hut Philippines as an “exciting and new treat,” the pie is topped with cubes of Spam and features detachable crust bites that are also filled with bits of the pork-based meat and mozzarella.

The limited-time offer started on Tuesday, March 3, and will be sold through May 9. They’re available in regular size for P419 and large for P639 and can be purchased nationwide.

For the residents of the Philippines, spam as a pizza topping isn’t as crazy as it sounds. Spam and rice are considered a classic culinary combo in that country. American soldiers are actually to blame for getting Filipinos hooked on Spam, which was used as a primary meat source by the U.S. military in Asia and the Pacific during World War II. According to NextShark, there’s even a Filipino fast food chain, called Spam Jam, with a menu that’s completely devoted to the canned, processed meat.

After Spam’s conquest of the Philippines, it took several more decades for the Pizza Hut brand to make inroads there. The country’s first Pizza Hut store opened in 1984, and delivery started in 1989. The first delivery/carryout (DELCO) operation launched in 1990.