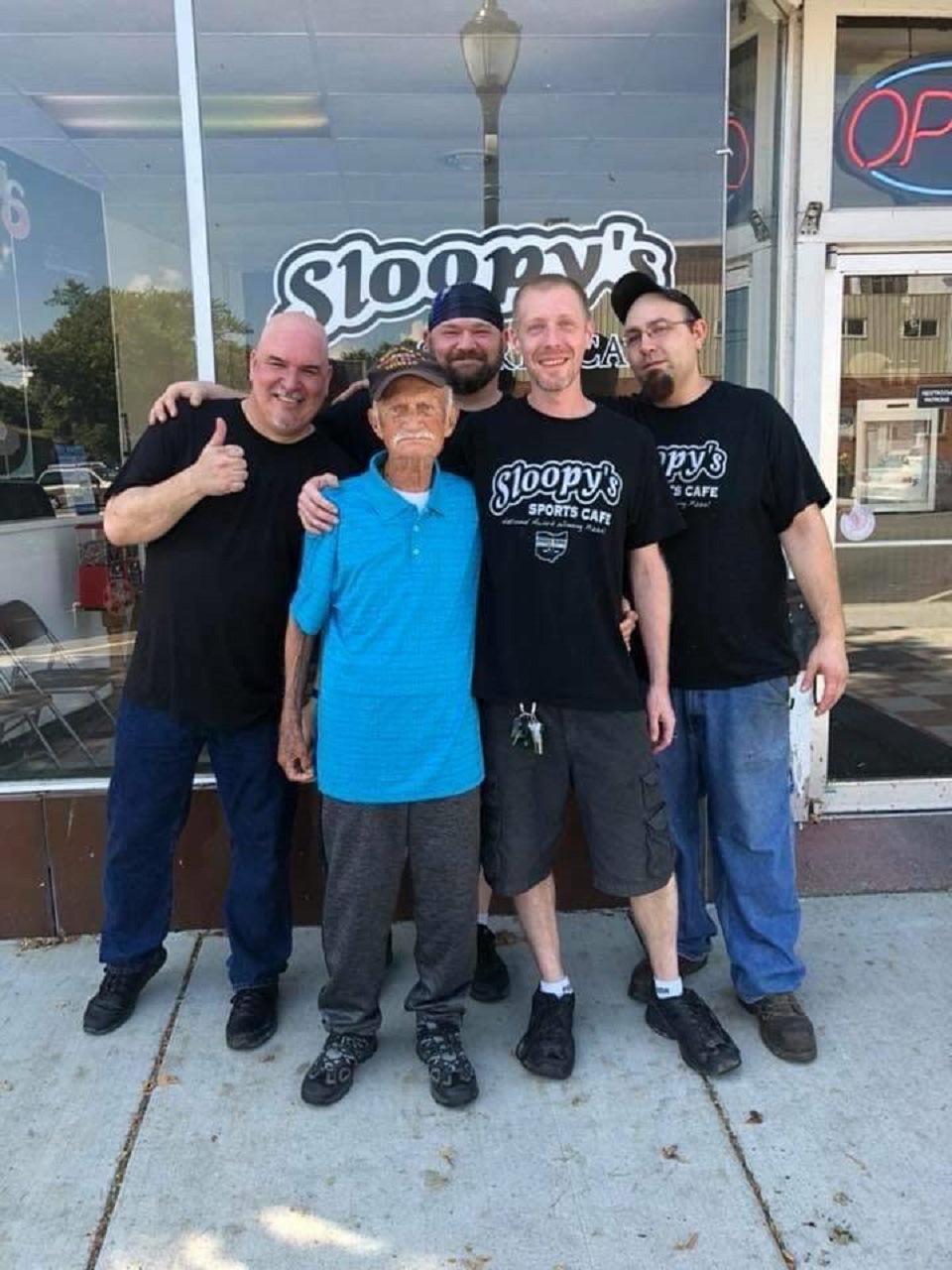 For Glenn Tesnow, a 97-year-old World War II veteran in Port Clinton, Ohio, Christmas was turning out to be a melancholy affair until the team at Sloopy’s Sports Café stepped in to brighten up the season.

When Tesnow, a regular at the restaurant, told Sloopy’s employees that he hadn’t received a single Christmas card this year, they were moved by the old soldier’s plight. Tesnow, a retired Army sergeant, had served under General Patton in the war and deserved better, they believed. So they posted a request to their followers on Facebook:

“A very kind soul and important member of our community, Sergeant Glenn Tesnow, was just in for his favorite pizza, the JT Express. [He} was telling us that nobody had sent him any Christmas cards this year and that he checks his mailbox twice a day looking in hopes of some holiday cheer … Please help us at Sloopy’s Sports Café make this hero’s Christmas a joy by sending him a Christmas card and thanking him for his service.”

The post listed Tesnow’s full mailing address, and, according to WTOL-11, the good people of Port Clinton were quick to respond. “People all over have decided to spread some cheer to Sergeant Tesnow, sending holiday cards and a few gifts,” the Toledo, Ohio TV station’s website reports.

The original post has received more than 250 reactions, 333 shares and 51 comments. Reposts of the announcement have garnered even more response, with Facebook users around the country—including Graham, Alabama, San Diego, California, and Columbia, South Carolina—promising to send cards to Tesnow.

Knecht added, “We here at Sloopy’s, the whole crew, are very pleased and honored to have met Glenn. We care about our community and our veterans, so if there’s something we can do to help out, we’re going to do it.”