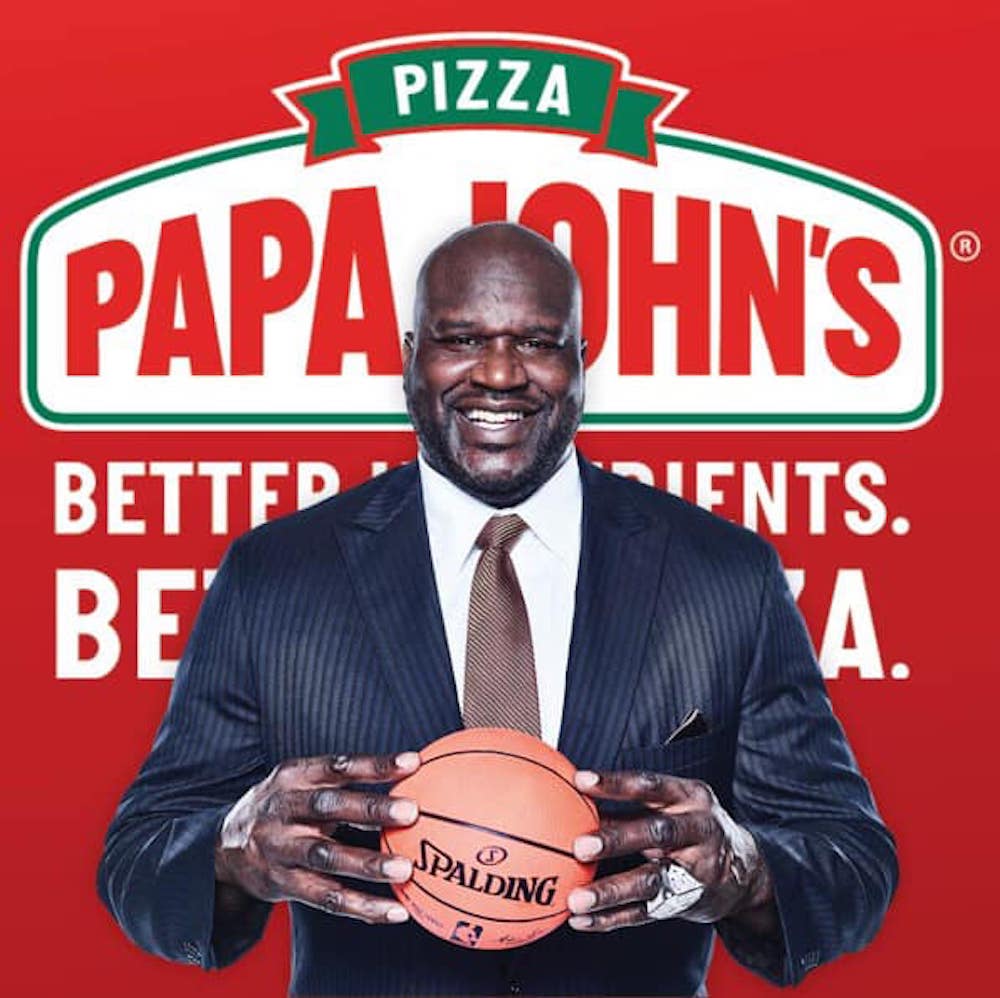 Shaquille O'Neal has become the new face of Papa John's.

When Shaquille O’Neal delivers pizza to school kids, positive PR is virtually guaranteed. But can the NBA legend help Papa John’s bounce back from several years of negative buzz revolving around its ousted founder, John Schnatter? He’s certainly giving it his best shot.

As KHTS reports, O’Neal, who now sits on the Papa John’s board of directors and serves as its brand ambassador, last week dropped in on one of the chain’s stores in Santa Clarita, California, posed for photos and made a few deliveries.

“He was so nice,” Dariana Ortiz, the store’s manager, told KHTS. “He even delivered pizzas to schools, businesses and fire departments in the area.”

O’Neal co-owns nine Papa John’s stores in the Atlanta area and has become the company’s most prominent front-man since Schnatter was forced out of the company in 2018. Schnatter first stepped down as CEO in December 2017 after causing a ruckus when he blamed declining pizza sales on the NFL and players who knelt during the national anthem to protest police brutality. Papa John’s went on to lose its NFL sponsorship deal in February 2018. Schnatter hung on to power a while longer until he had to resign as chairman of the board in July 2018 after using a racial slur during a conference call.

When he bought into the Atlanta franchises, O’Neal said he was “thrilled” to take his investment “to the next level.” He added, “I’ve been a fan of Papa John’s pizza since my days playing basketball at LSU. I could not be prouder of what we have in store for Atlanta as we strive to deliver the city a great pizza experience,” he said at the time.