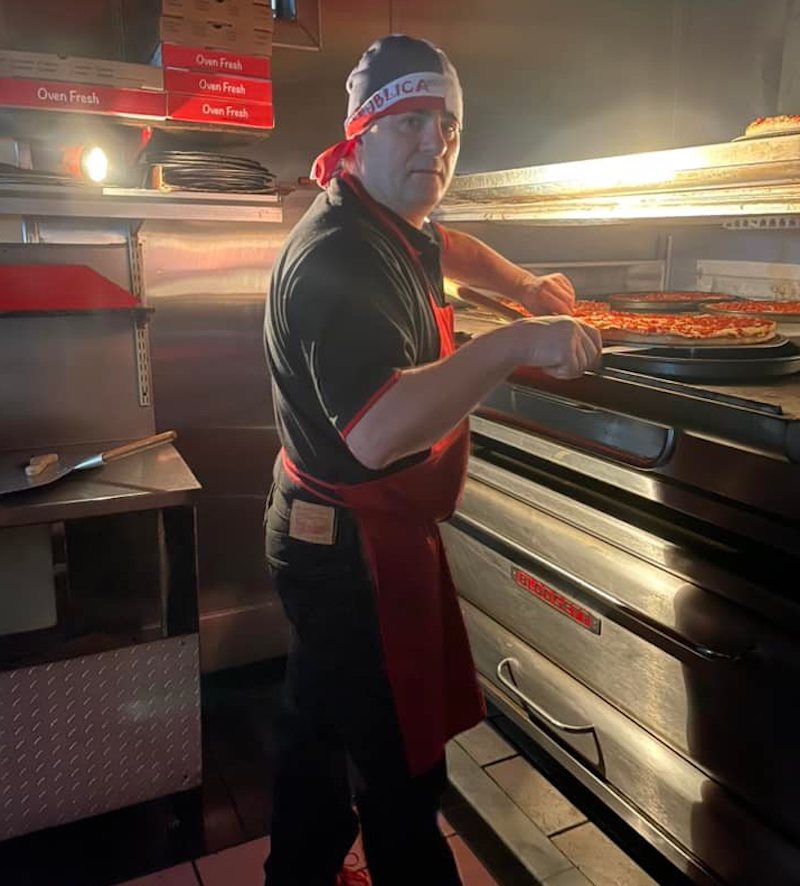 In the midst of the winter blizzard that recently hit the East Coast, Jose Rua, owner of Rua’s West End Pizzeria, could have hunkered down underneath the covers and slept the day away. But when he realized that some of New Bedford, Massachusetts’ unsung heroes were in need of sustenance, he knew what he had to do.

Rua got up and went to work, braving 1½ feet of snow and a power outage, and started making pizzas in his shop for plow drivers working to clear the streets so life in New Bedford could go on.

“We unburied ourselves,” he told ABC6. “We got in, and that was it. A little path to the street, and we made it happen all day long.”

Not only did Rua’s efforts earn TV news coverage and free publicity for his pizzeria, he also got a shout-out from the city’s mayor, Jon Mitchell, on Facebook.

“Many thanks to Joe Rua, the owner of Rua’s Pizza, for going into work today for the sole purpose of making pizzas for the city’s hard-working plow drivers,” the mayor posted. “He made their efforts just a little bit easier.”

Mitchell’s post has been shared by 564 Facebook users, giving Rua’s West End Pizzeria quite a social media boost in a city of about 100,000 people.

Rua told ABC6 that it was “great to give [the plow drivers] something warm, a nice meal right from here to them for whatever time they showed up over there at their office.”