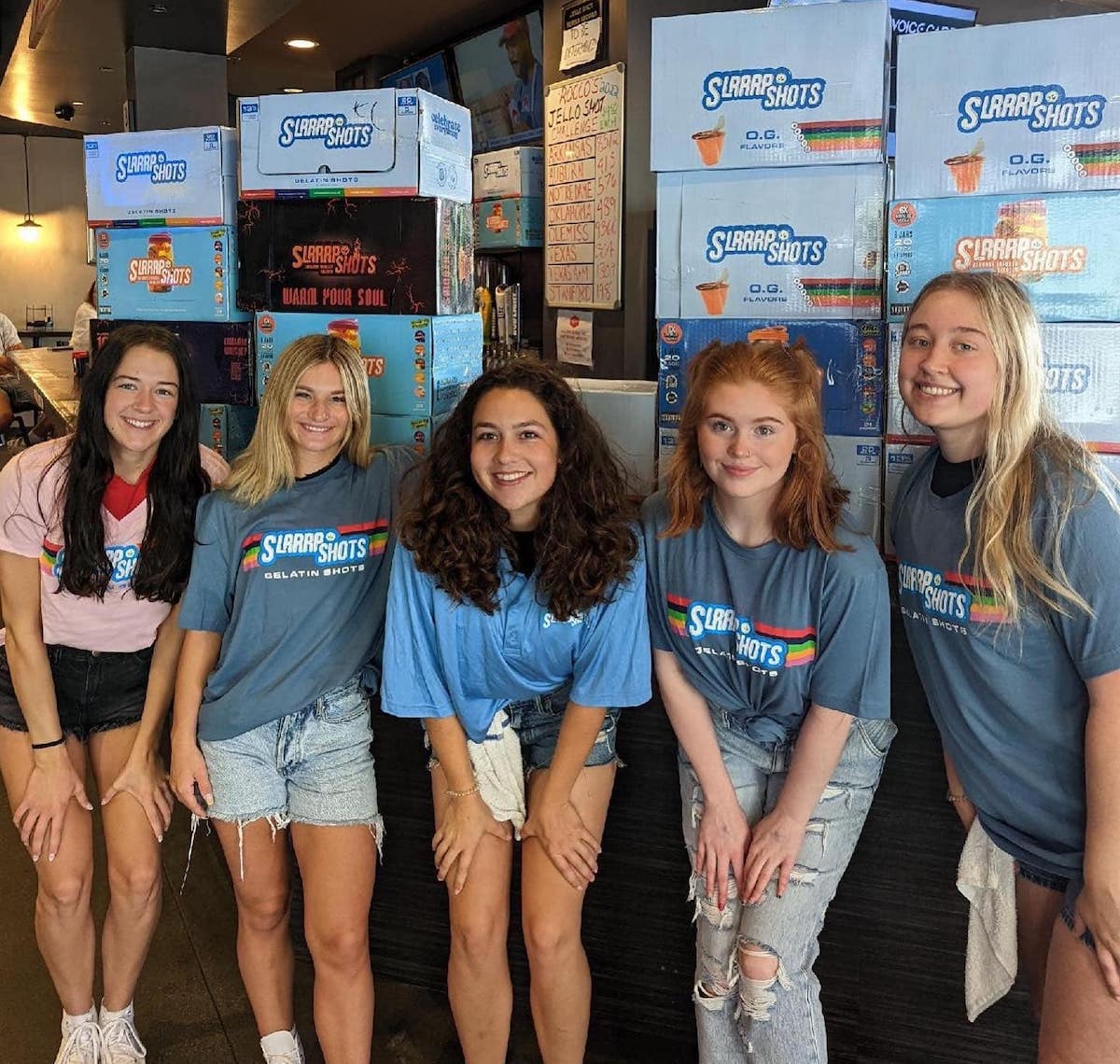 The staff at Rocco's gears up for the CWS Jello Shot Challenge.

University of Mississippi sports fans have a saying: “We may not win every game, but we ain’t never lost a party.” At this year’s College World Series (CWS), the Ole Miss Rebels won it all—beating Oklahoma in two games to win the national title and dominating the post-series party scene at Rocco’s Pizza & Cantina in Omaha.

Rocco’s is a popular hangout for baseball fans every year during the CWS. For the past four years, Rocco’s has hosted the CWS Jello Shot Challenge, with fans of every competing team buying $4.50 shots—or rounds of shots—while the staff keeps tabs on their totals on a white board. For this year’s series, Rocco’s took the promotion one step further, promising to donate $2 for every shot sold to a food pantry associated with the two teams that made it to the finals.

And when it was all over, Rocco’s owners Kevin and Bonnie Culjat understood just why Ole Miss “never lost a party.”

By the end of the series, Ole Miss fans had racked up a total of 18,777 shots, breaking the all-time record at Rocco’s. That came to $37,554 raised for the Grove Food Pantry at Ole Miss, which addresses on-campus food insecurity.

To be clear, the shots were not made with actual Jell-O. They’re gelatin shots with 13% vodka from a company called Slrrrp Shots. Flavors include Blue Raspberry Smash, Strawberry Slammer, Watermelon Wiggler, Peach Bottom and Mango Mamba.
In football, basketball, baseball or any other sport, Ole Miss fans are known to party like their team won even when it loses. The Grove, a shady, tree-lined spot on the Ole Miss campus, is regarded as arguably the liveliest—and most luxurious and elaborate—tailgating scene in all of college sports.

Just as the Sooners struggled against the Rebels on the baseball diamond, their fans couldn’t keep up with the Rebel faithful’s insatiable desire for the Slrrrp shots. Although Oklahoma’s final total wasn’t posted, the Sooners fans had purchased just 814 shots by 10:30 p.m. after the final game while Ole Miss had already surpassed 1,800. Then, again, Rebel fans had a lot more to celebrate after beating Oklahoma 10-3 in game 1 and 4-2 in game 2.

In a Twitter post, the Culjats said this year’s series was “the perfect storm of two great baseball schools full of tradition, awesome fan support and a huge competitive spirit on and off the diamond.” They noted that their business “barely survived the pandemic” and wanted to “help students and staff who are experiencing food insecurities.”

In a jello shot promo for charity at Rocco’s Pizza during the College World Series, Rebel fans showed why they “ain’t never lost a party.”