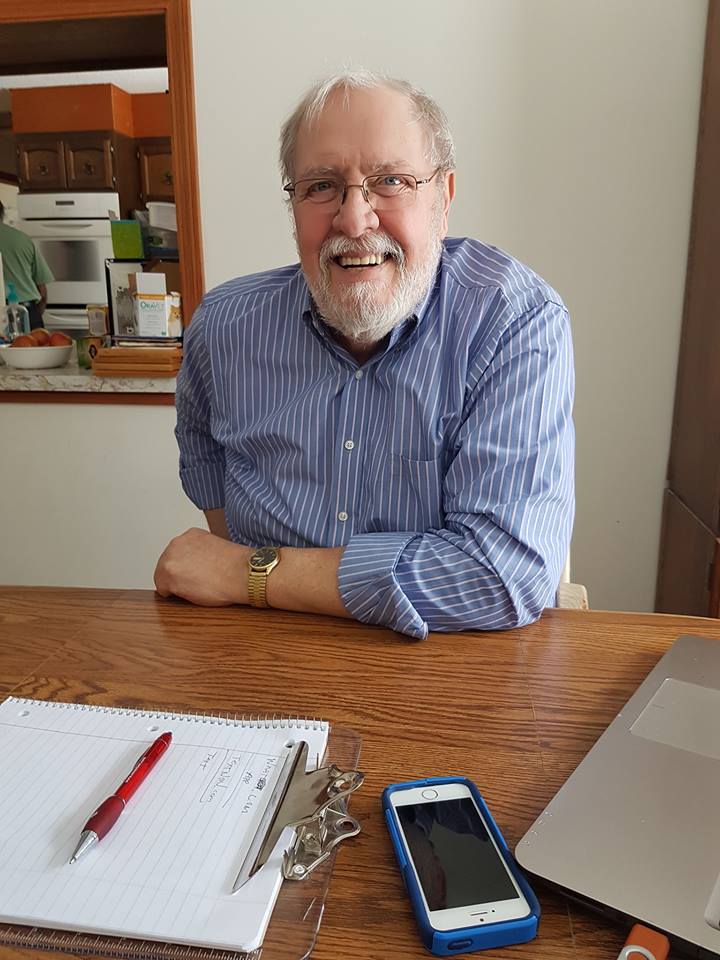 David “Big Dave” Ostrander, one of the pizza industry’s most beloved figures, passed away on July 25, leaving behind a legacy as large and unforgettable as his presence.

Born in Northville, Michigan, Big Dave graduated from Redford Union High School in 1966. He began opening and running his own restaurants and pizzerias while he was still in his 20s. He opened Big Dave’s Pizzeria in Oscoda, Michigan, in 1975 and ran it for 25-plus years. He soon began to share his knowledge with other operators around the U.S. and overseas and became a fulltime pizza consultant known to many as “the Pizza Doctor.”

A fixture at industry trade shows around the country, Big Dave wrote a column for PMQ Pizza Magazine in its early years. Topics ranged from customer appreciation nights and bounce-back certificates to database marketing and couponing. He also wrote several books, including “Big Bucks with Big Dave,” “Dominating the Delivery Market” and others. He developed a software program specifically designed to help pizzerias and Italian restaurants control their food costs. And he was at one time the culinary coach for the U.S. Pizza Team, helping the squad earn a silver medal at the World Pizza Championship in Salsamagiorre, Italy, in 2003.

“For a decade, Big Dave’s adventures were thoroughly documented in each issue of our magazine with authentic pizza tales of great marketing and management stories and lessons,” says PMQ Publisher Steve Green. “So smart, so wise, humorous and generous, he had it all and shared it all. He was a rare and special gentlemen that always made the best out of any situation.”

Before his passing, Big Dave had been retired from the pizza industry for several years but continued to assist other pizza operators from home. He was an active member of the Oscoda Township Fire Department for over 30 years. He also enjoyed camping and fishing with his family. As his obituary stated, he was “a social person who was never hesitant to help someone and opened his heart and wallet many times to those in need. He loved to swap stories and visit with people.”

Big Dave was married to Linda Ostrander for 38 years. He is survived by his children, Michael, Eric (Jenny Huynh), Kevin (Fiona Paner), Jason, David Jr. (Erin Farleigh), Angela (Tim Coakley), and Mandy (Fernando Donis). He is also survived by five grandchildren, Julia, Reina, Megan, Zachary, and Sophia. In addition, he is survived by two brothers, Mark (Shelia) Ostrander and Joel (Pam) Ostrander, as well as numerous nieces and nephews. He was preceded in death by his parents, his in-laws and a brother.

Big Dave’s first column for PMQ, published in the fall of 1997, reflected his personal resilience, generous attitude, good business sense and faith in his fellow human beings. After a fire burned his beloved pizzeria to the ground, he faced an uphill struggle to rebuild, especially when he learned that he was “substantially uninsured” in some areas.

“Fortunately, I survived and am a little wiser,” he wrote in that column, published in the fall of 1997. “If it were not for the strong relationships I forged during my career and strong family support, I would be history … Help came pouring in from everywhere—from my bank, my equipment supplier, my general contractor, my food distributor of 18 years, my accountant. Customers dropped by daily with words and encouragement.”

He urged readers to learn from his mistakes, adding, “I truly believe that, as we approach the next millennium, our success, prosperity and survival will depend on our ability to share information. I’m convinced that human kindness runs deep, and all we have to do is ask.” 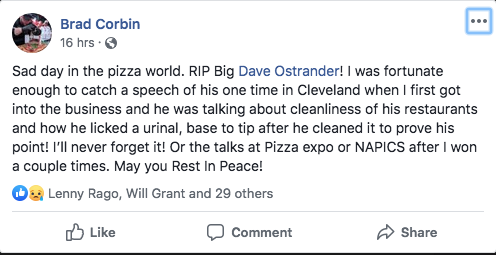 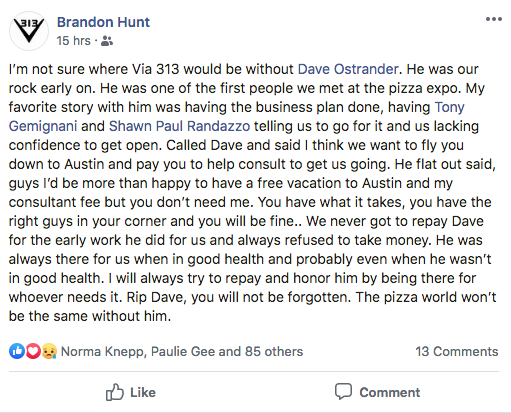 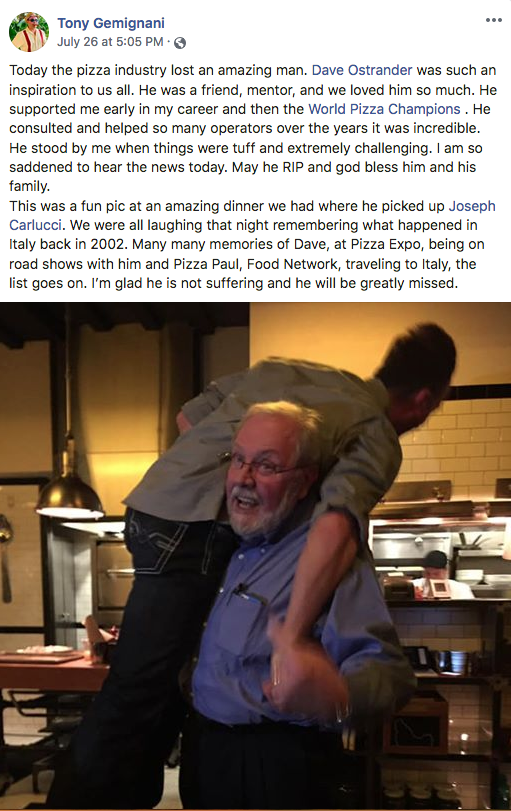