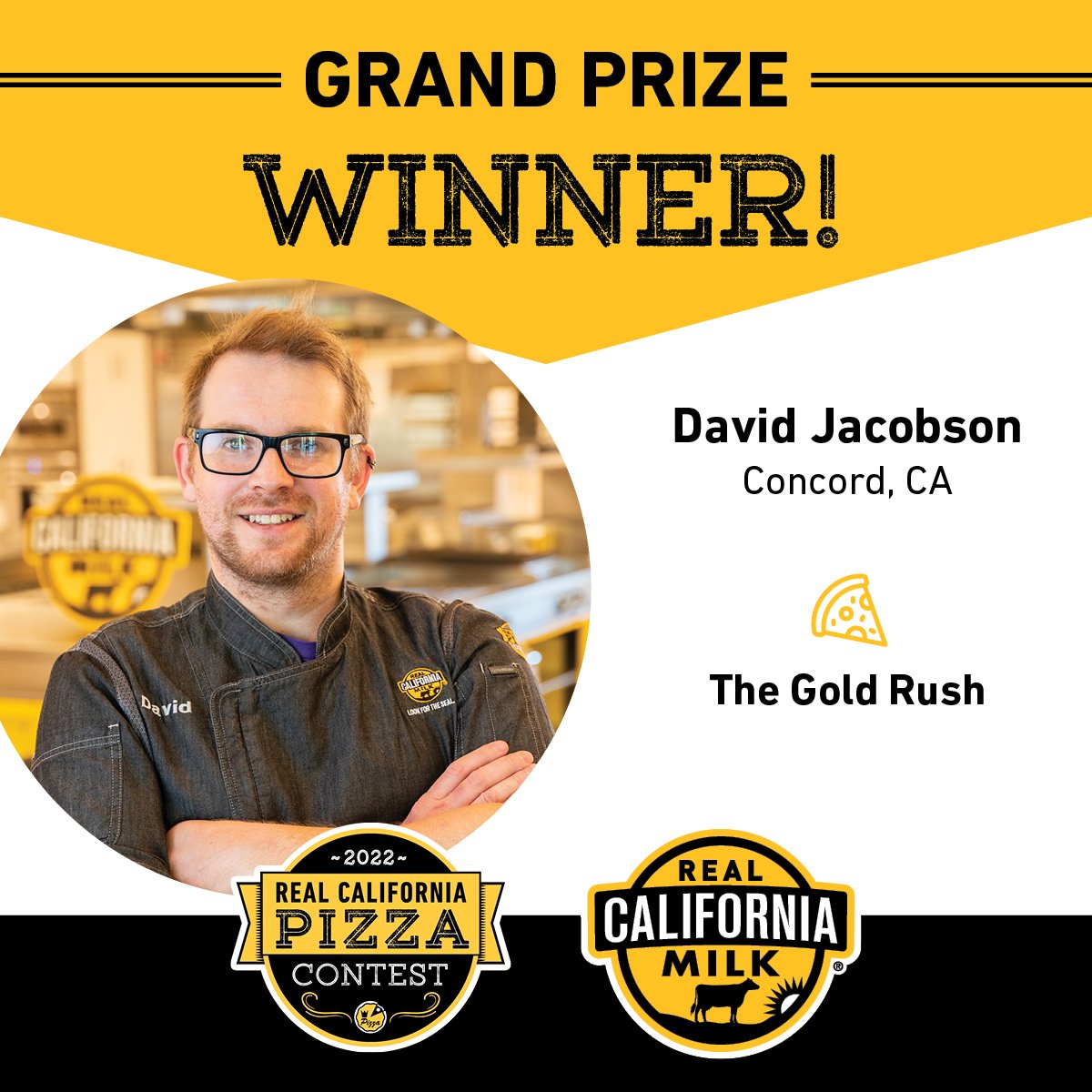 Related: Recipe of the Month: Pasta Carbonara by Smithfield Brands

David Jacobson, the lead pizzaiolo at Forge Pizza Fire Truck and Fourth Bore Taproom & Grill in the San Francisco Bay Area, is $15,000 richer after taking home the grand prize at the recent Real California Pizza Contest (RCPC), a national recipe competition sponsored by the California Milk Advisory Board (CMAB). The months-long contest culminated in a public bake-off in Napa, California, on June 22, with a dozen finalists vying for a total of $30,000 in cash prizes.

The contest challenges pizza makers from around the country to build innovative pies highlighting California cheeses. Jacobson earned $5,000 as the winner of the Real Californian category with his pizza, called The Gold Rush. That recipe also captured the overall grand prize, which came with an additional $10,000.

The nine other finalists received $500 each for reaching the bake-off finals.

Scurto won the Plant-Forward category with her recipe, Spear-it of Spring, inspired by the veggies and colors of spring. She paired California Scamorza and aged Dry Jack cheeses with roasted asparagus spears, mint leaves and baby arugula to deliver a fresh flavor profile in every bite. Scurto is now a two-time winner in the contest, as she claimed The REAL Californian category in 2021.

“This year’s contest highlighted several top trends in foodservice. One example is the plant-forward category, where the winning pizza incorporated fresh California produce like asparagus and arugula with herbs and California cheeses,” said Mike Gallagher, business and market development consultant for the CMAB. “The chefs also impressed the judges with the unique fusion of ingredients, such as a pizza topped with ginger and honey to complement a wonderful California soft cheese. Overall, there was an overarching commitment to the creative use of California dairy throughout each recipe.”

The 4th Real California Pizza Contest, which was held at The Culinary Institute of America (CIA) at Copia in Napa, California, was open to professional chefs and culinary students from throughout the U.S.

A renowned panel of judges presided over the contest: Tony Gemignani, 13-time World Pizza Champion and owner of 22 culinary concepts including restaurants, cafes and retail shops; Glenn Cybulski, a certified pizzaiolo and award-winning executive chef; and Spencer Glenn, the 2021 RCPC Grand Prize Winner and general manager of the Pizza My Heart chain. Judges based their scores on a variety of factors, including taste, texture and the inventive use of cheeses made with Real California Milk.

The full list of finalists for the 2022 Real California Pizza Contest is as follows: