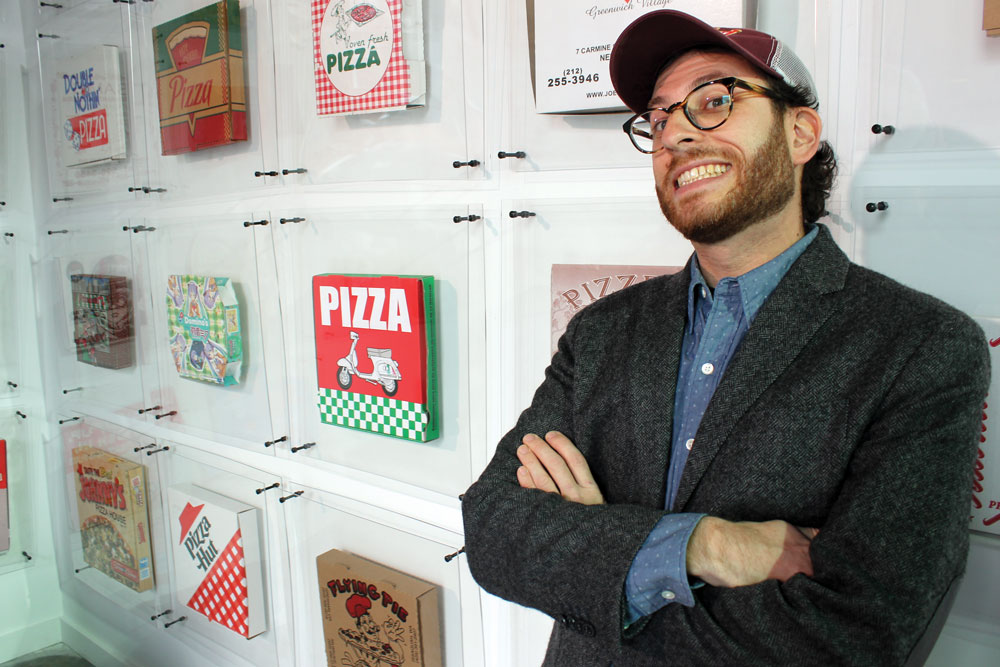 The Museum of Pizza (MoPi), the world’s first and only immersive “Instagrammable experience” celebrating pizza, opened from October 13 to November 18 at the William Vale Hotel in Brooklyn, New York. The pop-up multisensory museum featured a mozzarella cheese cave and pizza playground—complete with a colorful papier mâché pizza beach—as well as hand-picked selections from the legendary collection of pizza boxes from around the globe.

If you’re not up-to-date on all of the latest social media-based movements, we’ll get you up to speed: Dominating social media and growing in popularity around America, food-focused pop-ups have been cropping up around the country—everything from the Museum of Ice Cream and The CADO (dedicated to California avocados) to the Hall of Breakfast. These pop-up museums have turned into perfect opportunities for museum-goers to nab an “Instagrammable experience,” providing backdrops that lend themselves to fun pics that visitors can then post online (and thereby help spread the word on social media).

“It’s often that the simplest ideas are the best,” says Alexandra Serio, chief content officer at Nameless Network, the firm that cooked up the MoPi idea. “We wanted to use pizza’s ubiquitous appeal to get people through the door and looking at art and hearing about history in a different format.” 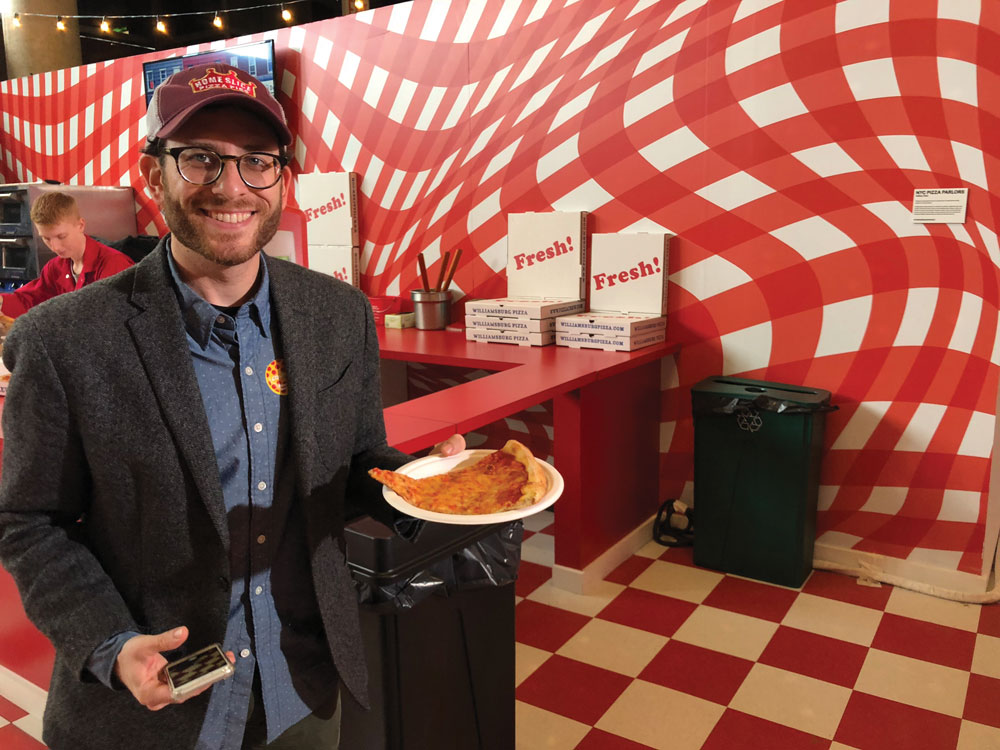 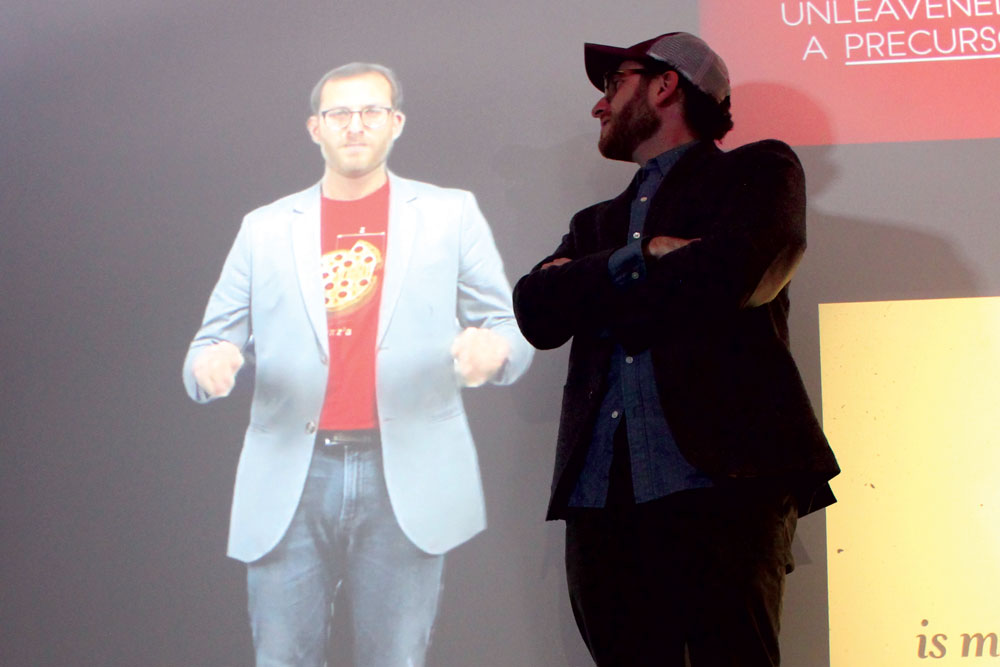 Weiner himself was also an “exhibit” at the pop-up: From the lobby, historical pizza timelines, celebrity quotes and other pizza facts were projected from old-fashioned 16-millimeter slides, alongside Weiner in hologram form giving a pizza history lesson. (Photo: Heather Cray) 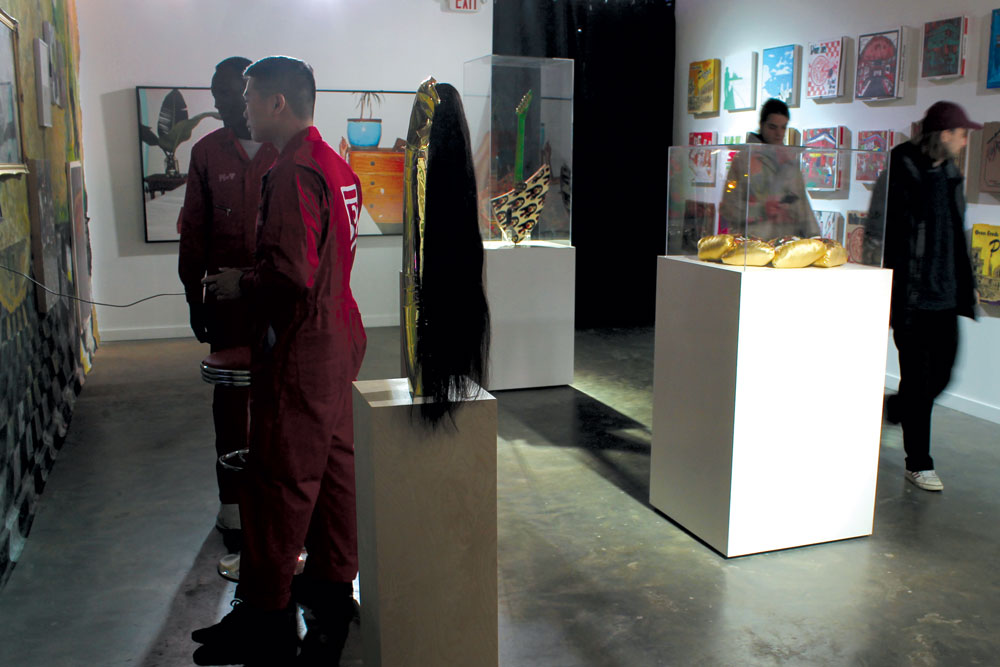 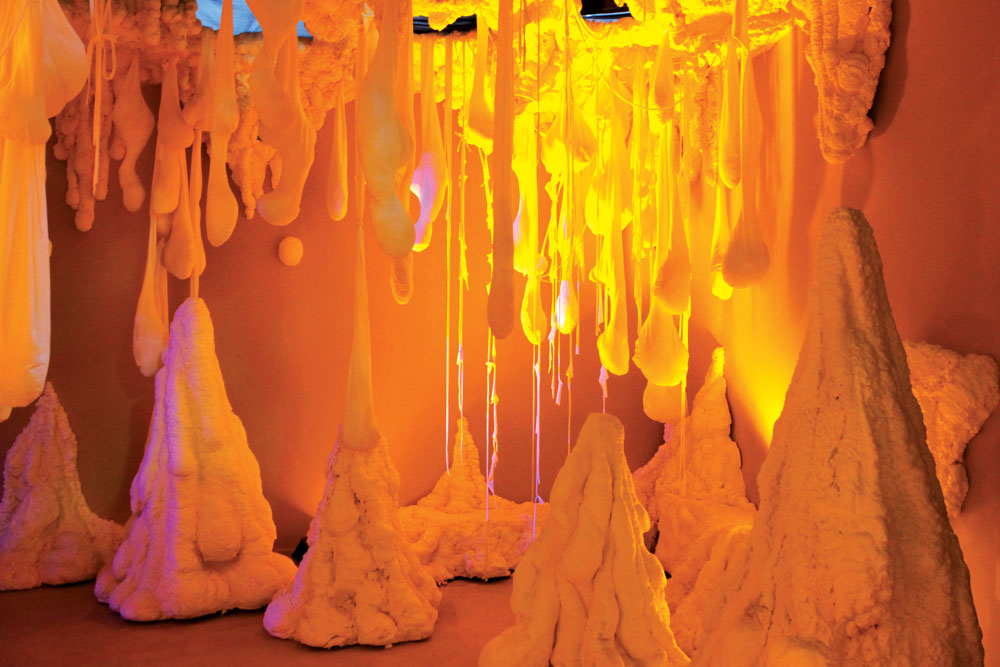 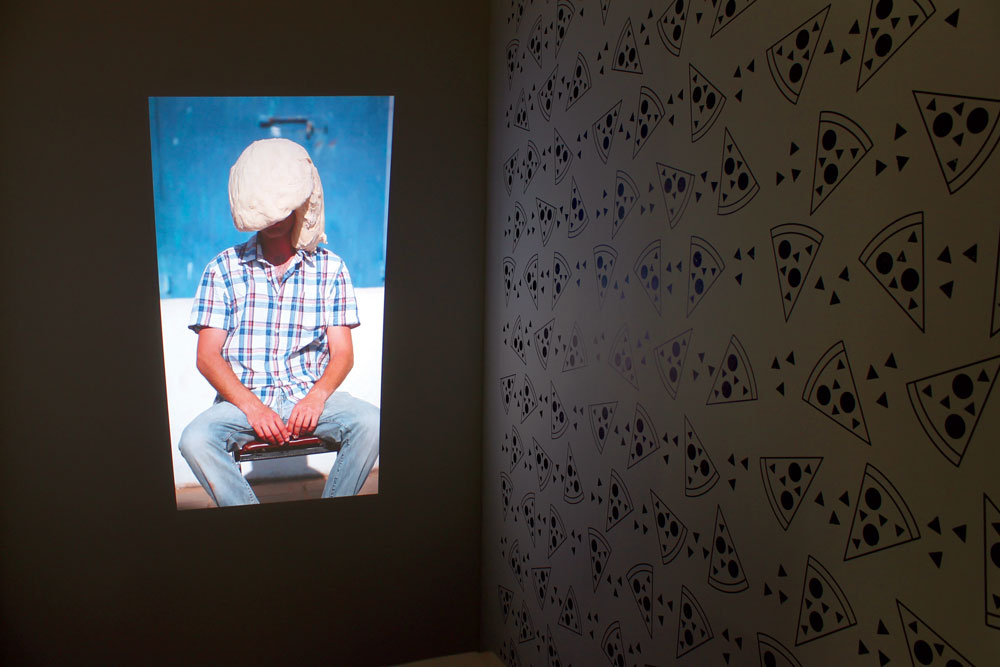 Singer/songwriter Andrew W.K.’s handpainted pizza guitar in the Psychedelic Pizza Parlor room hung with exhibits by other artists, including Jeremy Couillard, Adam Parker Smith and Hein Koh. “We gave ‘pizza’ as a subject to a bunch of artists and let them do whatever they wanted,” says Max Nelson, co-founder and chief digital officer of Nameless Network. (Photos: Heather Cray) 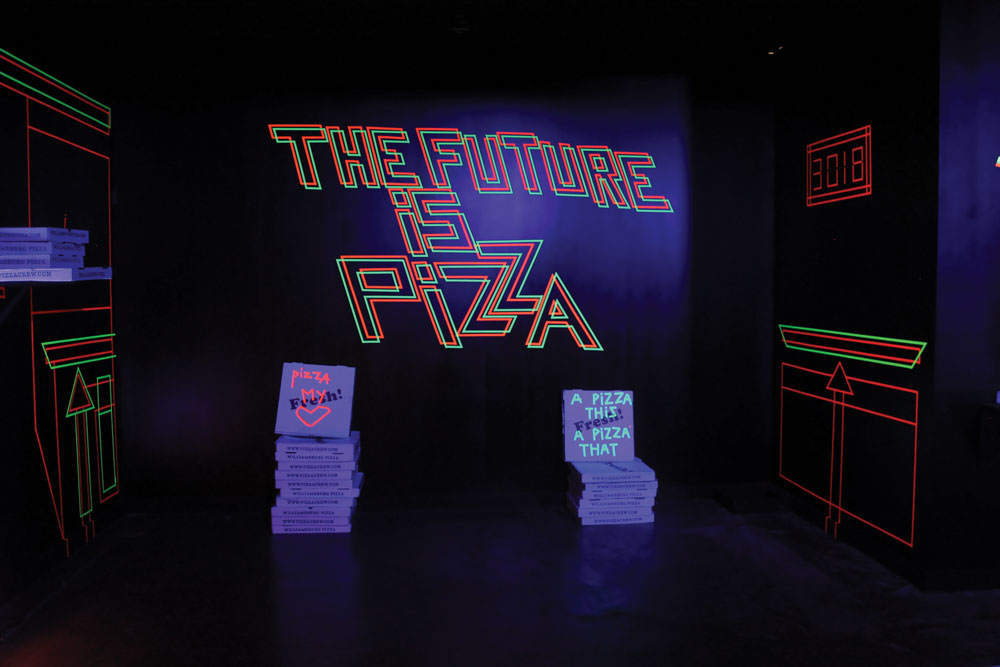 The Future Is Pizza room offered an opportunity for patrons to take pizza-oriented selfies. “It is so much fun and interactive,” said pizza fan and Brooklyn resident Dakota Delphine. “An attendant in each exhibit will help you come up with creative boomerangs for social media.” Pizza boxes sat as props in the black-lit room, leading to more than a dozen other pizza-themed exhibits. Works ranged from the Cheese Cave, created by Caleb Gilbert of production company 11th Street Workshop, inspired by the Joita Grotto, Lebanon’s largest cave, to the movie set-worthy backdrop in the Pizza Beach room by designer Adam Green. (Photo: Heather Cray) 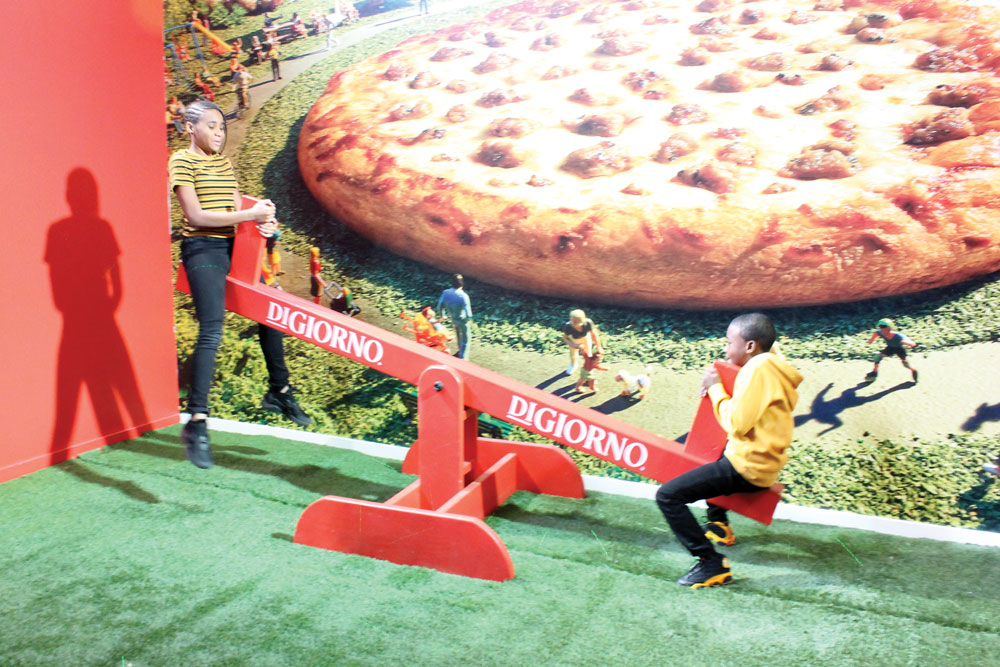 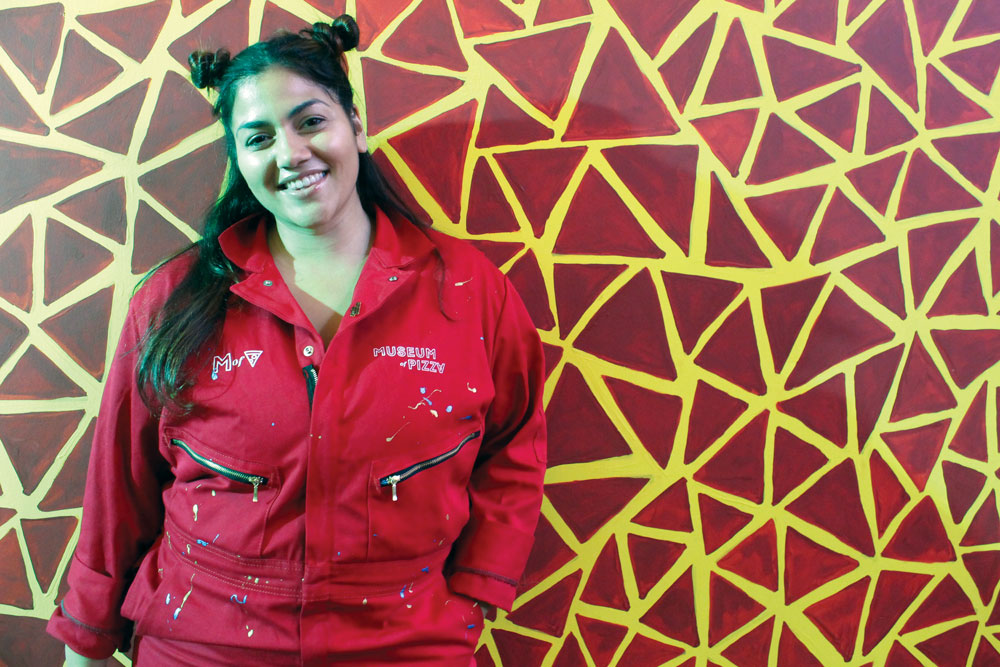 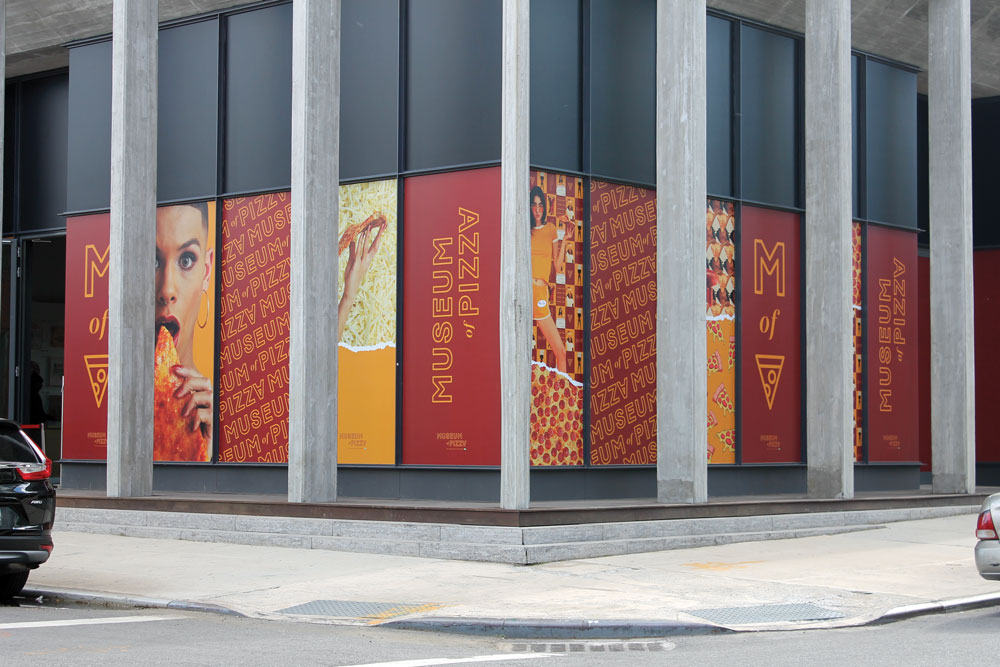 Brooklyn is not the only place to host a pizza museum. The Pizza Experience in Pasadena, California, and the U.S. Pizza Museum in Chicago both have pizza-themed museums. Although they may not be exactly like MoPi, pizza professionals and fans can still plan their own pizza adventures to these destinations in 2019. (Photos: Heather Cray)