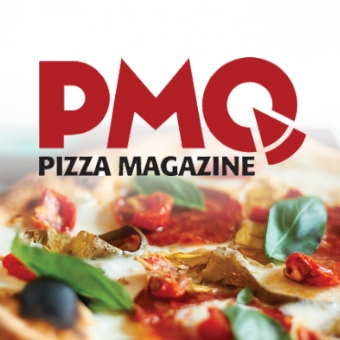 Who were the biggest Super Bow winners? Maybe drivers and pizzeria workers. This crew from Rusty's Pizza Parlor in Bakersfield, California made 250 pies and 12 drivers enjoyed the good tips they made from happy football fans. Colts linebacker D'Qwell Jackson didn't play in the Super Bowl but he apparently mistook a pizza driver for enemy ball carrier when he assaulted the poor guy. Rock-Tenn, the biggest pizza box maker in America, had a better Super Bowl Sunday helping fill the demand — with corrugated cardboard — for 12.5 million pizzas.

A growing percentage of those pies ordered on Super Sunday, or any day, are ordered online and this hilarious take on gender stereotypes in pizza munching and Super Bowl viewing is cooked up by the Saturday Night Live comedy chefs. On the hard-news side of pizza reality, an Illinois cop turned pizza delivery man after busting a pie driver for drugs and 115 pieces of rat poop got one pizza parlor operation temporarily postponed.

In tragic news, a major Domino's franchisee, Bill Graves, died in Texas plane crash but this bad-check pizza redemption story is more uplifting than sad. Rush week at universities like Michigan State are always fun — especially when free pizza is part of the plan. Fans of Pi Pizzeria in St. Louis' Central West End, including President Obama, are never in a rush to eat their favorite pie. But what's with the rooster on the wall? Finally, it's no mystery that the little plastic thing that protects pizzas from smushing against the top of the box was invented 30 years ago.

Blaze Pizza is blazing across Columbus, Ohio and the Ohio State campus with a new student-accessible restaurant and Hoosiers welcome Giordano’s Famous Stuffed Pizza to Indianapolis. Dreams are made in Nashville and that's just what Pie Five hopes to capture with the third of its Music City area sites opening this month, while the Volunteer state is also the new home of LaRosa's Family Pizzeria debuting  in Knoxville Feb. 17.