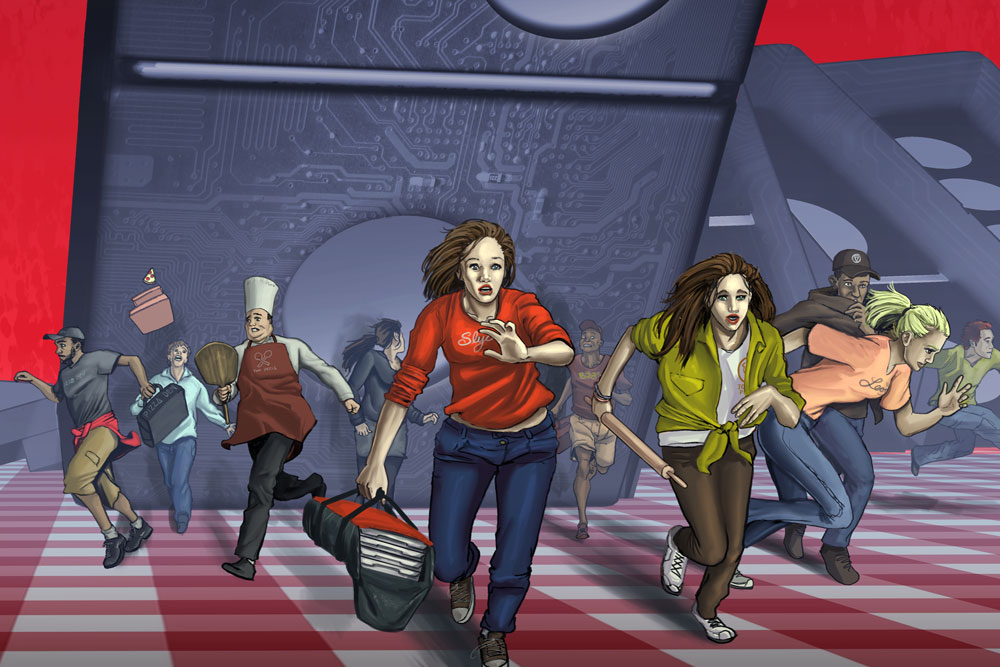 As a pizzeria owner, especially an independent or operator of a small chain, you don’t need anyone to warn you about the power of Domino’s. There is probably a Domino’s store in your city, maybe even several—perhaps many. But are you really paying close attention to this pizza giant? If not, you should be—and not just because you’re competing with them for market share.

Some readers may question the quality of Domino’s pizza, but the chain has thrived for decades. And the secret of their recent explosive success is simple: They’ve leveraged technology to make it ridiculously easy to order pizza. And that is no small thing. With more than a dozen digital ordering platforms, ranging from Facebook and Twitter to Amazon Echo, Domino’s has brought about radical change in an industry that has long been averse to change.

As explained in this year’s Pizza Power Report (page 34) and illustrated on our cover (beautifully rendered by PMQ Art Director Eric Summers), Domino’s is a technological force unlike anything the restaurant business has ever seen. But we don’t mean to suggest that Domino’s is unstoppable. They are using technology to disrupt and transform the industry, but they’re not doing anything you can’t do on a smaller scale.

As Bill Taylor, the co-founder of Fast Company, wrote in a 2016 Harvard Business Review article, Domino’s has become a powerhouse because the company doesn’t fret over the possibility of failure. They’ve taken chances, invested in state-of-the-art technologies and given their customers what they want—speed, efficiency and convenience. Rather than playing not to lose, Domino’s plays to win.

Our Pizza Power Report is a lengthy, detailed one, and, rest assured, the vast majority of it is not about Domino’s. It’s jam-packed with insights and statistics that can benefit any pizzeria owner willing to embrace change and innovation while staying dedicated to quality food and service. Read it thoroughly. Make notes. Get your management team together and discuss it. Use it to develop your own road map for success in 2018.

You don’t have to be like Domino’s to compete and excel in your market. But you do need to learn from them and shake off your fear of change. As Taylor puts it, “In a world of hyper-competition and nonstop disruption, playing it safe is the riskiest course of all.”