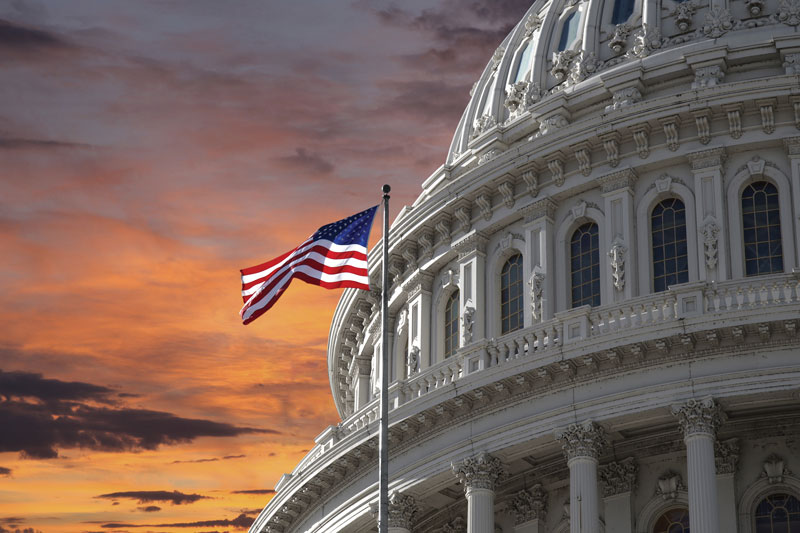 A House bill (H.R. 2017) passed in February would allow pizzerias to determine their own serving size for calorie counting and give restaurants that offer mainly pizza delivery and takeout service the option to list nutritional data on their websites. The resolution passed with a bipartisan vote of 266-144.

The bill, called the Common Sense Nutrition Disclosure Act, would have to pass in the Senate and be signed by President Obama to become law. It’s an effort to preempt FDA labeling requirements scheduled to take effect Dec. 1, 2016, as part of the Affordable Care Act. These rules require restaurants with 20 or more locations to list nutritional information about their menu items on in-store menu boards. The pizzeria industry has been a leading advocate for changing the regulations, which they say are impractical, unmanageable and likely to raise operational costs for many operators. The nonprofit American Pizza Community, which includes Domino’s and other chains, was a key proponent of the legislation.

“Compliance with [the FDA’s current regulations] is estimated to cost American businesses more than $1 billion and 500,000 hours of paperwork,” said Rep. Cathy McMorris Rodgers of Washington, the Republican co-sponsor of the bill with Democrat Loretta Sanchez of California. “This is time, energy and financial resources that should be spent on creating jobs and building up the economy, not on paperwork.”

Bill opponent Margo Wootan, director of nutrition policy at the Center for Science in the Public Interest, says the legislation would result in “consumer confusion and prevent disclosure of straightforward, consistent calorie information at many foodservice establishments.”

A Matter of Slice Shape

But there has been disagreement and controversy about what reflects clear calorie data for pizzerias. Millions of menu topping options and the problem of nontriangular slice shapes figure into the controversy. The FDA’s current language would require some restaurants—specifically, those that don’t offer triangular slices—to list calorie counts by the pie instead of the slice, due to the policy’s demand for data based on “uniform sectors” of pizza. Marla Topliff, president of Rosati’s Pizza in Chicago, which specializes in square cut-style pizza, has advocated for relief from the FDA requirement for “uniform sectors.” The new bill would allow individual pizza chains to determine their own serving size when establishing calorie counts.

“That’s a gigantic victory for pizzerias because it gets them away from a requirement that many owners felt would hurt their competitiveness in a highly contested casual restaurant marketplace,” says Betsy Craig, CEO and founder of MenuTrinfo, one of the nation’s leading consulting firms for menu nutrition certification. “But what the industry really wants is the [proposed] rule that allows pizzerias that do the majority of their sales online to list their nutritional data on their websites.”

Craig adds that many pizzerias are already investing in creating in-store menu boards with accurate nutritional data as dictated by the FDA mandate. “They’re tired of the changes and ready to comply as best they can,” she says.

But the battle isn’t over yet, Craig warns: “The point to keep in mind is that this legislation must still pass the Senate and then get signed into law by an Obama administration that has been very outspoken on issues of childhood nutrition.” Another complication, Craig says, is that 15 states and many municipalities have their own nutritional labeling regulations in place, which remain enforceable until federal law takes effect.

The House legislation also offers relief to nonrestaurant businesses such as grocery stores, convenience stores, gas stations, entertainment venues, movie theaters, amusement parks, bowling alleys, miniature golf courses and other businesses that sell “restaurant-like” food. They would be exempt under the law, which would only apply to businesses that make more than 50% of their revenue from selling prepared food.