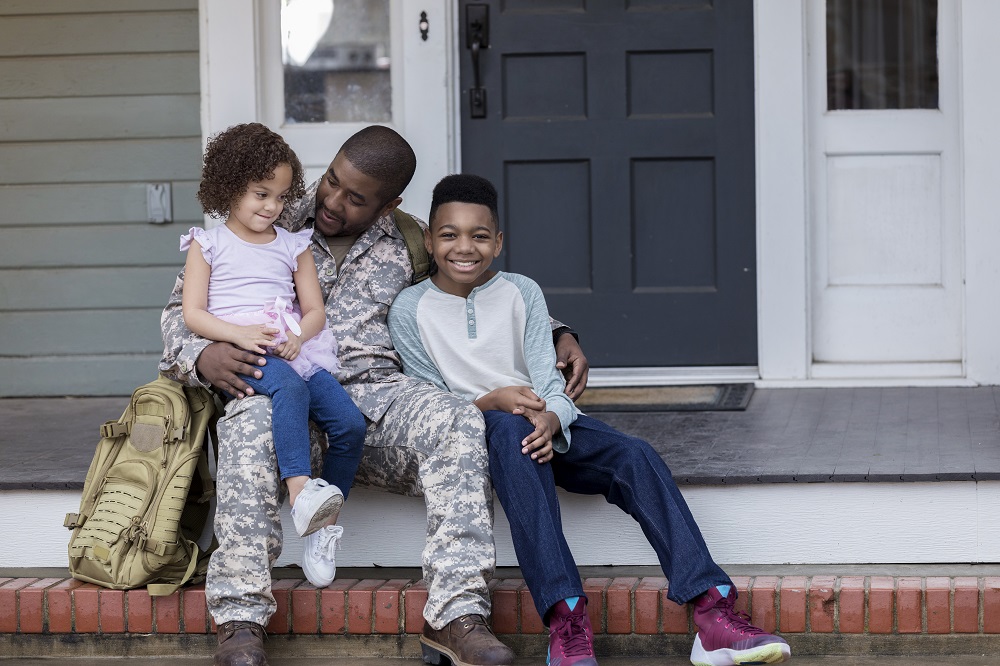 The owner of a Breckenridge, Colorado pizzeria  worked quickly to overcome a PR disaster after an employee refused to extend a 10 percent discount to a military veteran and word of the snub spread on Facebook.

In yet another case study on the power of social media and customer outrage, the Summit Daily reports that Northside Pizza got slammed on Facebook when a customer posted that he saw the restaurant’s bartender behaving rudely toward an older man who asked about a veteran’s discount. 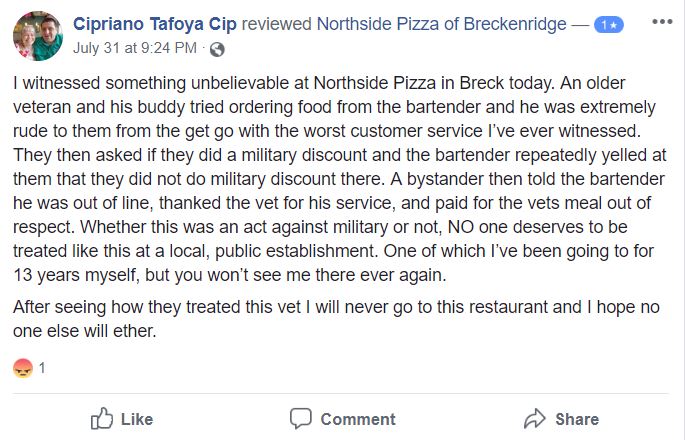 “An older veteran and his buddy tried ordering food from the bartender and he was extremely rude to them from the get go with the worst customer service I’ve ever witnessed,” Cipriano Tafoya wrote in a Facebook review of the pizzeria. “They then asked if [Northside Pizza] did a military discount and the bartender repeatedly yelled at them that they did not do military discount there.”

Additional reading: How to prepare for a PR crisis at your pizza restaurant

Tafoya reported that another customer told the bartender he was “out of line” and paid for the veteran’s meal “out of respect.”

A second Facebook user, Cody Wicken, appeared to post about the same incident in another Facebook review the same day. “The bartender today was unbelievably rude to some older veterans today, yelling at them. I will never go back,” he posted.

John Pallaoro, co-owner of Northside Pizza, has since gone to great lengths to make it clear—both to his customers and his employees—that the discount is always available to veterans and active-duty military personnel. “I obviously hope that people will give us a chance and realize this is an isolated incident,” he told the Summit Daily.

Pallaoro fired the bartender who refused to extend the discount. To raise awareness among his staff, he has affixed notes on every computer station that read, “Please, always offer 10 percent off military discounts.”

He also reached out to the man who blasted the pizzeria on Facebook and offered to comp his party’s meal, although the man declined. Finally, he gave an interview with the Summit Daily to clear up the confusion, demonstrate his pizzeria's commitment to veterans and defuse the tension.