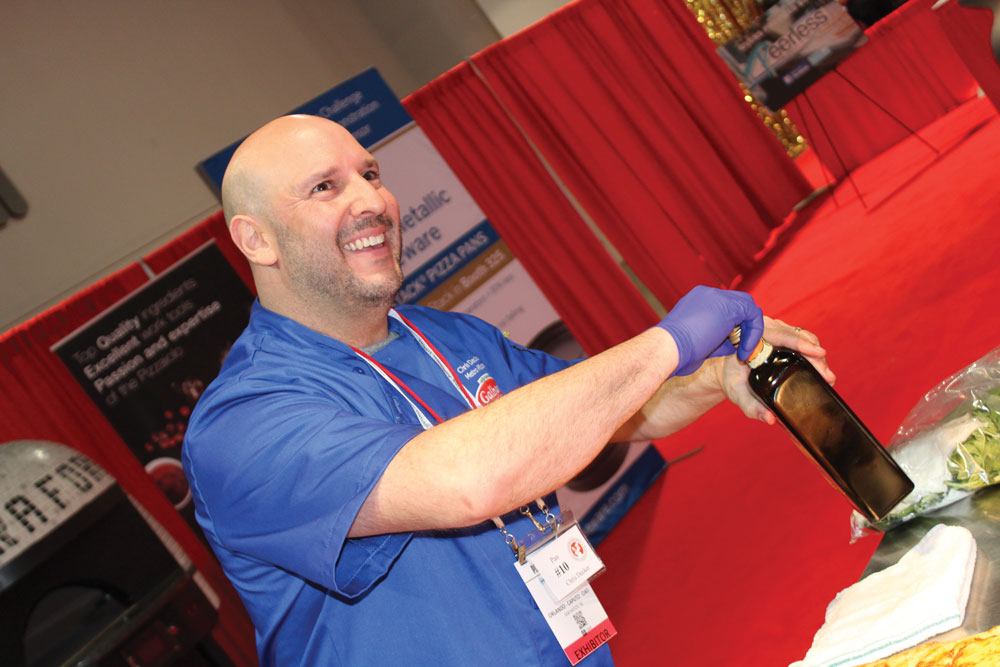 Las Vegas: Bright lights, gushing fountains, noisy slots, thousands of hungry tourists. So what do you do when you’ve left all your money at the tables and you need a delicious meal? If you know what’s good for you, you head to Metro Pizza.

With five locations in the Las Vegas area, Metro Pizza offers one of the best slices you can find in Sin City. Started by cousins John Arena and Sam Facchini in 1980, Metro has been a longtime Vegas staple and quickly grew to be one of the “must-hit” pizzerias along the Strip.

In 1997, the cousins added another pizza soldier to the ranks: Chris Decker. Having worked only in the pizza business throughout his early life, Chris thought this job would be just another stepping stone before moving on to something bigger and better. Little did he know that he would help Metro Pizza itself become bigger and better. For the past 21 years, he has been showing locals and tourists alike what it means to get good pizza in Vegas.

Vegas Seven has hailed Decker as “one of the city’s best-kept secrets” and the brains behind an assortment of “wildly imaginative” pies. The pizzaioli’s popular Instagram account, @everythingbutanchovies, features many of these culinary innovations, with combinations like bacon, bok choy and mizuna pesto (served on a poppyseed crust) or scrambled eggs, smashed avocado, ricotta, jalapeño pesto, bacon, chili oil and arugula.

When PMQ’s Brian Hernandez asked Decker, now a managing partner for both Metro Pizza and Lulu’s Bread and Breakfast, what kind of recipe he’d be sharing here in the Chef’s Corner, he gave us a one-word answer: Stella.

“This is a very simple pie, light on ingredients, but with a great taste and visuals. It has a lot of ‘star power.’” —Chris Decker 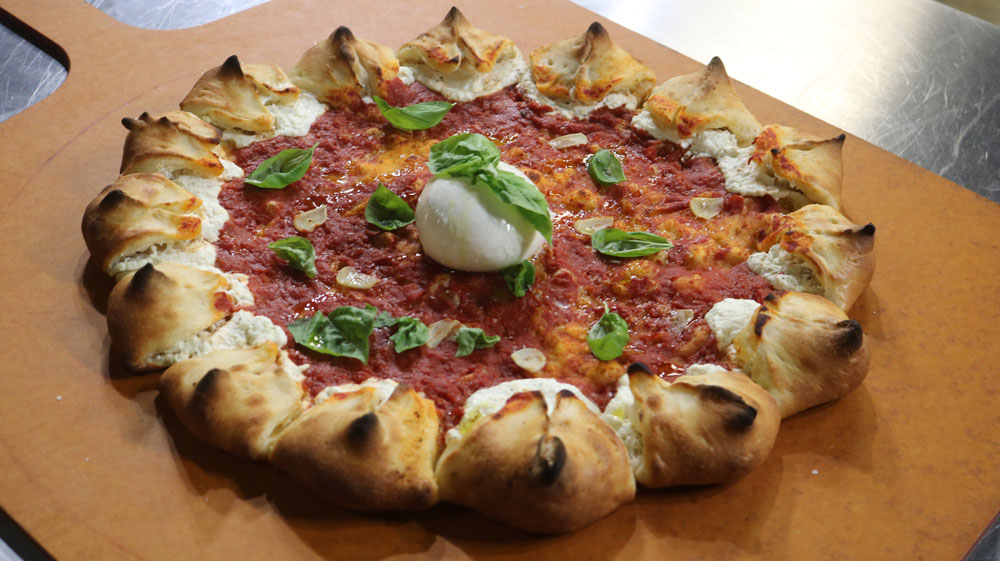 (inspired by Patrizia’s of New York)

Flavor your ricotta with some salt and pepper to taste. You can also add any other flavors you like, such as zests or herbs.

Stretch your dough out to 16” and place it on a screen. About every 3” to 4” around the edge of the crust, make a straight 2” cut inward. Do this around the entirety of the crust. Place about 1 oz. of the ricotta in between two of the cuts. Grab the corners from each side of the cut and fold them over the ricotta, as you would when making a paper airplane. Pinch them together where they meet and make a seam. This should create a star shape.

Add your light Neapolitan-style sauce to the middle of the crust and spread evenly. Drizzle with a little olive oil and the shaved garlic.

Bake on a screen, or at least until firm enough to remove and place on a stone. (You can make this on a peel, but the screen helps maintain the shape of the starbursts.) Bake for 7 to 10 minutes at 550° to 575°F or until the crust is golden-brown and evenly baked.

When finished, plate the pizza, add the basil leaves, and place the burrata ball in the middle of the pie. Lightly drizzle the burrata and the pie with a touch more olive oil. Add a pinch of salt if desired, and mangia!

And there it is, the Stella, a pie inspired by Patrizia’s of New York and occasionally available at Metro Pizza (follow Metro Pizza on Facebook to find out when this and other special creations will be featured; they’re usually offered on a first-come, first-served basis). And next time you visit Las Vegas, save a little money for Chris Decker’s unique creations at Metro Pizza and let all your Sin City woes be washed away. This is one story you can take home from Vegas with you!