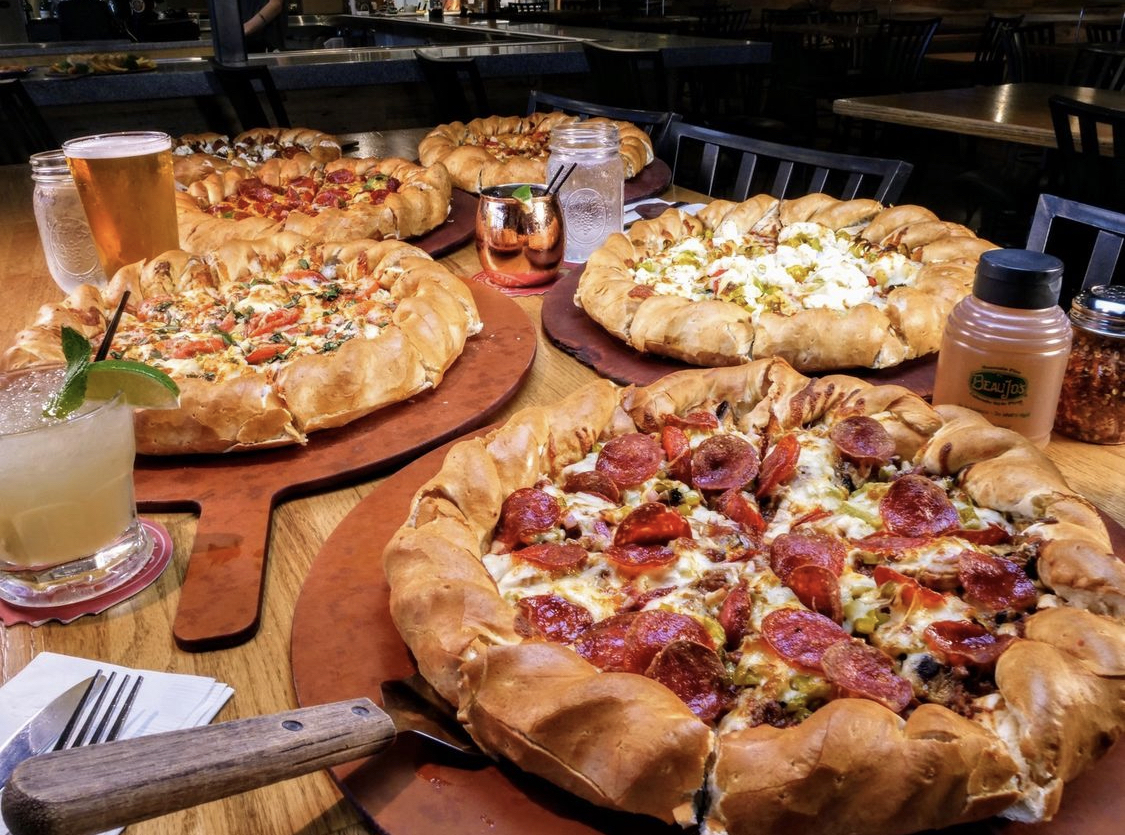 Related: Old Forge-style pizza is a cut above the rest

John Denver should have written a song about the Colorado Rocky Mountain pie. OK, technically, it’s just called Colorado-style pizza or, more colloquially, the mountain pie. But it’s a style that’s unique to the Centennial State, where the mountains rise sky-high, picturesque rivers flow and grassy plains stretch as far as the eye can see.

The style originated at Beau Jo’s, with locations in Idaho Springs, Arvada, Evergreen, Longmont, Fort Collins and Steamboat Springs. Sold by the pound, it features oversized slices with a thicker crust that’s braided and sweetened with honey, plus a “mountain” of toppings. The mountain pie is baked in a wood-fired oven in about 10 minutes, yielding a crispy crust while the outside braiding remains soft and chewy. For a “built-in dessert,” customers at restaurants like Beau Jo’s can dip the crust in more honey or other sauces of their choice.

Chip Bair was 25 years old and a college drop-out when he purchased Beau Jo’s in 1973 from its founders, Beau and Jo Ann, according to The Gazette. He paid them $8,500 for the Idaho Springs store, which was bringing in about $22,000 a year in sales at the time. Dedicated to the notion that “you can do anything with pizza,” Bair changed the pizza’s dough formula to add honey instead of sugar and developed the ornately braided crust because, he believed, “people eat with their eyes.”

It also didn’t hurt that the region was a major ski-resort hotspot in the wintertime. Or that Bair made do in the lean days by crashing every night in a sleeping bag on the restaurant’s floor or in his cabin that had no running water.

That’s the true story behind Beau Jo’s. But, in keeping with Old West lore, Bair and his team created a wildly imaginative alternative history for the restaurant, attributing its origins to a French fur trapper named Pete ZaPigh who might have “simply appeared by spontaneous generation in Idaho Springs—either that or a cab from Trenton, New Jersey.” One day, the story goes, the mountain man ventured into an abandoned mine shaft, disappeared for a couple of years, then re-emerged with the Colorado-style of pizza.

You can’t make this stuff up. Well, actually, you can, and Beau Jo’s did, and that’s what we call good marketing.

And in a state where sustainability matters to locals, Beau Jo’s touts its use of alternative power sources, including 100% wind power at its Evergreen store and solar energy at its Idaho Springs and Arvada location.

Despite his success, Bair’s carefully laid plans have now and then gone awry. Stores in Colorado Springs and Crested Butte failed, but that’s OK, he told The Gazette. “I like to make all kinds of mistakes.”