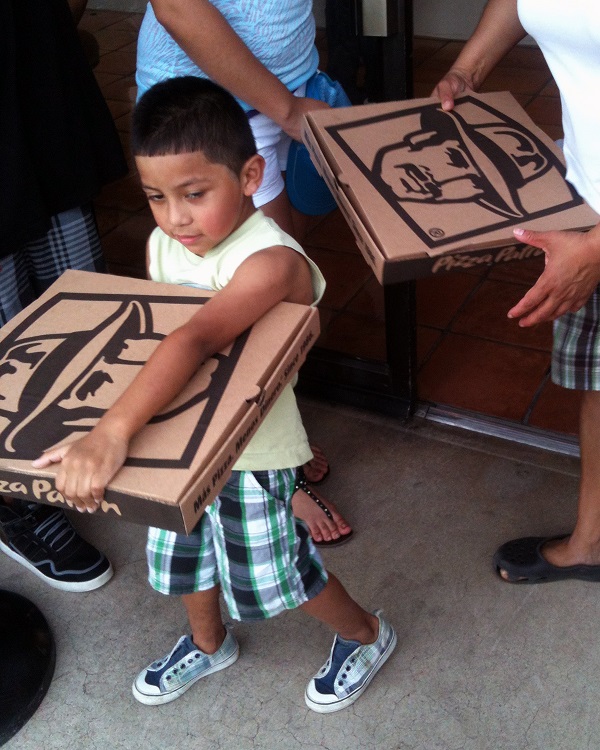 The success of the pizza launch came on the heels of local and national media coverage over censorship of the product name La Chingona (or La Ch!#gona for branding purposes).  Just weeks before radio spots were scheduled to premiere on Monday, March 31st, the pizza chain was informed that its new advertising campaign would not be permitted to air on a number of major radio networks.

Despite pushback from some franchisees that refused to sell the product unless the name was changed, NPR (National Public Radio) canceling a scheduled segment covering the story because of the name, and controversy surrounding the name across media and Internet channels, company officials moved forward with the launch as planned.

"The media coverage we got prior to the launch of La Ch#!gona definitely helped us generate new sales during Cuaresma (Lent), one of the most challenging sales periods of the year for our brand," said Andrew Gamm, brand director for Pizza Patrón  "The vast majority of our customer base is Catholic and they abstain from eating meats during Cuaresma.  We are projecting even stronger sales of La Ch!#gona after Easter.”

Gamm went on to mention that early media coverage created a surge in traffic prior to the launch.  “Although customers came in requesting the new LTO before it was available, they were willing to try our other specialty pies.”

According to Pizza Patrón officials, this phenomenon had a positive impact on total sales that had already been trending up since January.  While 2014 first quarter same-store sales growth for the restaurant industry was -0.2 percent according to Black Box Intelligence, Pizza Patrón posted +9 percent comp sales and +3.3 percent total sales increase despite closing 20 percent of its locations that were operating below company standards.

"Over the past year, we have narrowed our customer focus to target the foreign-born Mexican demographic, and our product focus to promote our unique specialty pizzas that our core customer can't find anywhere else,” said Edgar Padilla, corporate marketing manager for Pizza Patrón.  “La Ch#!gona is the beginning of a series of campaigns designed to help us to connect with our core demographic, build traffic, and increase top-line sales.”