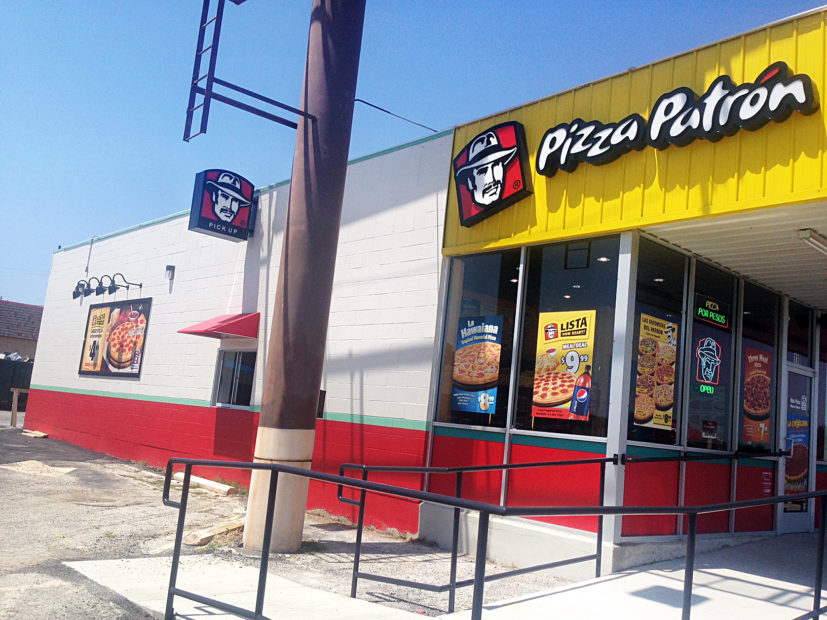 Pizza Patrón, the premiere Mexican pizza chain, has opened a new location at 6280 McCart Avenue in Ft. Worth, Texas.

The store was opened by Pizza Patrón franchisees Luis Ibarguengoytia and Ismael Leal ofPizitaz, LLC. This is the fifth store in the Dallas/Ft. Worth metroplex for this group of long-time multi-unit operators.

"We are excited to be here and lookforward to introducing the brand, its amazing food and unbeatable prices to the community," said Leal.“Our promise is ‘Más Pizza. Menos Dinero.®’ and we keep that real everyday.”

The location is a carryout store with pick-up window that is openSundaythroughThursday from 11 a.m. to 10 p.m.and Fridays and Saturdays from11 a.m. to midnight.

The chain currently has a number of new stores under development in the DFW metroplex. After a year of restructuring and a weeding out of underperforming operators, Pizza Patrón is positioned in 2014 for high growth through corporate store development, its existing veteran franchisees and a pointed focus on the Mexican segment of the Hispanic demographic.

“Ft. Worthremains one of the top five growth cities in Texas,” saidVictor Vazquez, business development manager for Pizza Patrón.“We are excited to bring great pizza value to this new community.”

Since 1986, Pizza Patrón has been committed to making its promise of “Más Pizza. Menos Dinero.®” a reality for every customer. From the beginning, the brand has been recognized for its ‘fresh-dough’ pizza, its low prices and its trademark “friendly, bicultural service.” In 2007, the company drew international media attention with its PIZZA POR PESOS® program when it began accepting Mexican Pesos at all of its restaurants. In 2012, the company’s PIZZA POR FAVOR™ promotion that gave free pizzas to anyone who ordered in Spanish sparked international news coverage and lively debate throughout the U.S. Today, Pizza Patrón is the leading Mexican pizza brand in the U.S. and remains dedicated to bringing its unique experience to life with every pizza made, and in every community it serves.