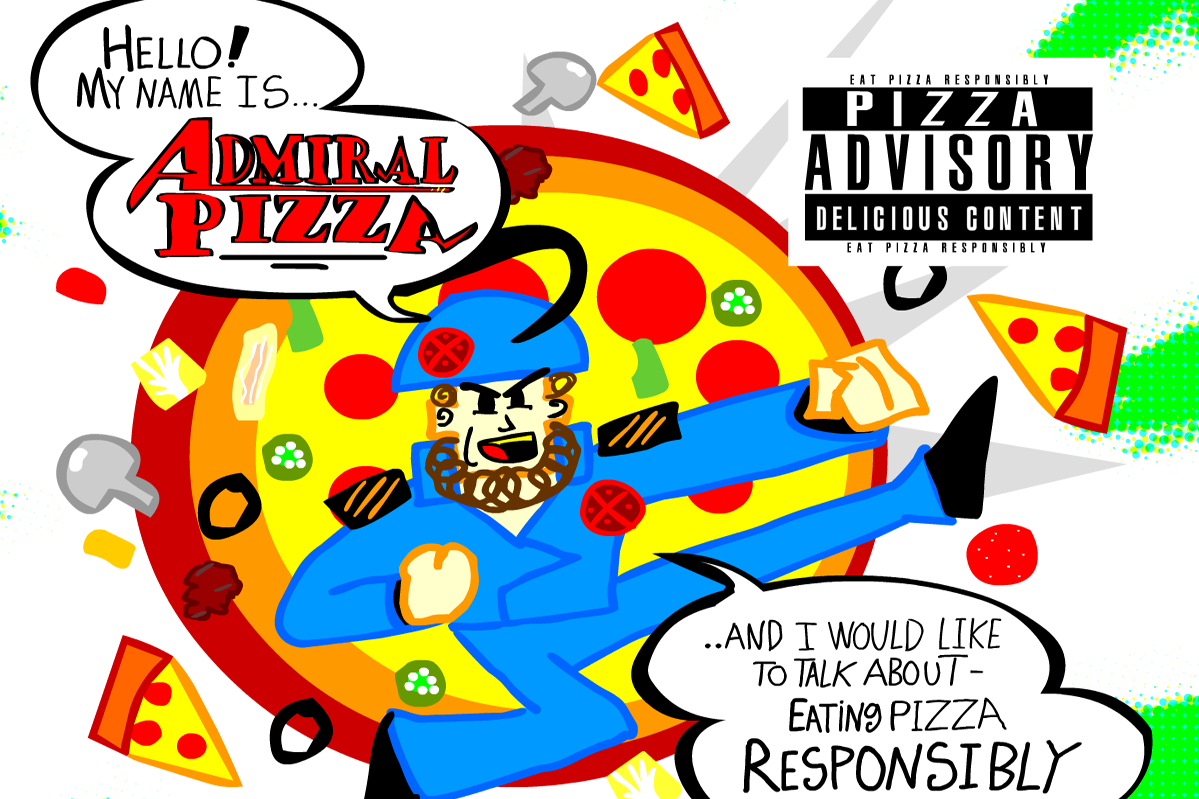 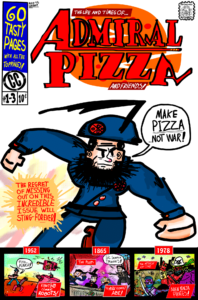 A dishwasher, a car technician, a pizza deliveryman and now an aspiring comic artist, Alex Luebke is a versatile, quick-witted man who hopes to use the “power of pizza to change the world.”

He is the author and artist of The Life and Times of Admiral Pizza, a superhero that punches, kicks and takes down criminals, aliens and ancient gods with pizza flair. Similarly named heroes like Sushi Samurai and Spaghetti Sam join him on absurd adventures in delivering justice with pizza(zz).

So far, Luebke has created two comic books and is working on a third. He said these comics have a publisher ready to take it to the printers, and he has a table at his hometown’s first-ever ComicCon.

The inspiration for Admiral Pizza came from his earlier collaborations in 2008 with a younger cousin named Quetzal.

“He would come over every Monday for homemade pizza dinner after school,” Luebke says. “He would write the stories, and I’d draw them.”

Animation, cartoons, and movie-making are his passions. Luebke says comics helped him overcome depression and difficult times, such as when he broke his clavicle and couldn’t work as a tire technician anymore. That’s when he took a plunge into making comics. 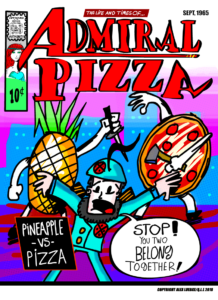 His comic artwork is bright and colorful, yet wholesomely chaotic.

“I would describe myself as Picasso mixed with the childlike wonder of Dav Pikely, drawn with the ferocity of Rob Liefeld,” he says. He takes inspiration from numerous artists, from classic icons like Hieronymus Bosch and Norman Rockwell to cutting-edge comic artists like Scott McCloud, Doug TenNapel and Frank Miller.

“The anticipation and imagination of the product were more exciting than actually owning it,” he says.

One ad brandishes “NormalGame,” featuring Normalman as he braves the Laundromat, angry bosses, and walking through the city at dark without being mugged. Another ad boasts of Invisible Robots, toys that cannot be seen nor felt, to impress and depress friends with. He even penned a semi-mock public service announcement on how the readers should not discriminate against others based on their pizza topping preferences.

Luebke has launched a Kickstarter campaign to raise money for the mass publication of Admiral Pizza and a possible third comic, in time for the ComicCon in Fairbanks, Alaska.

Luebke hopes the comics will take off so that he can “use the power of pizza to change the world.” 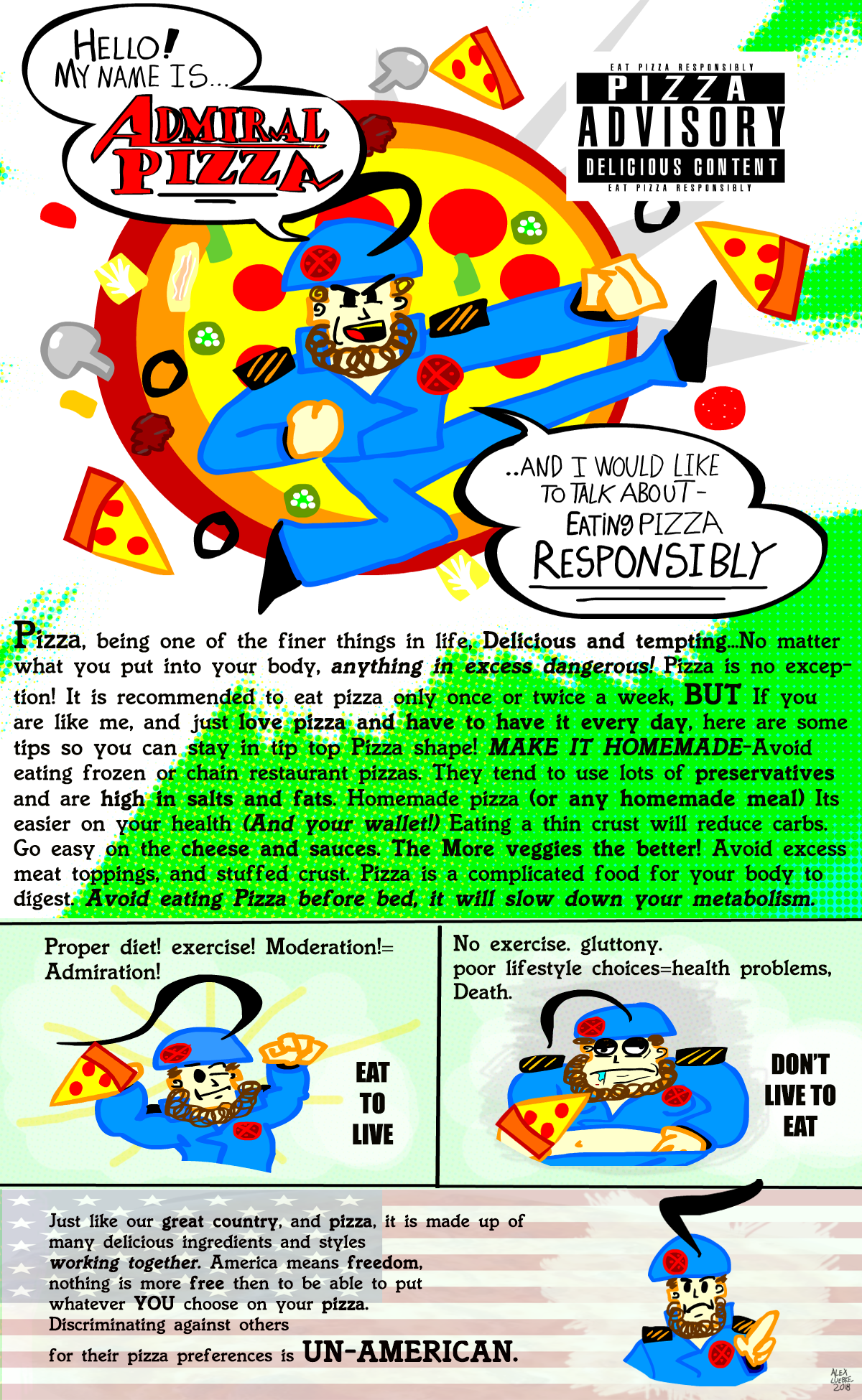