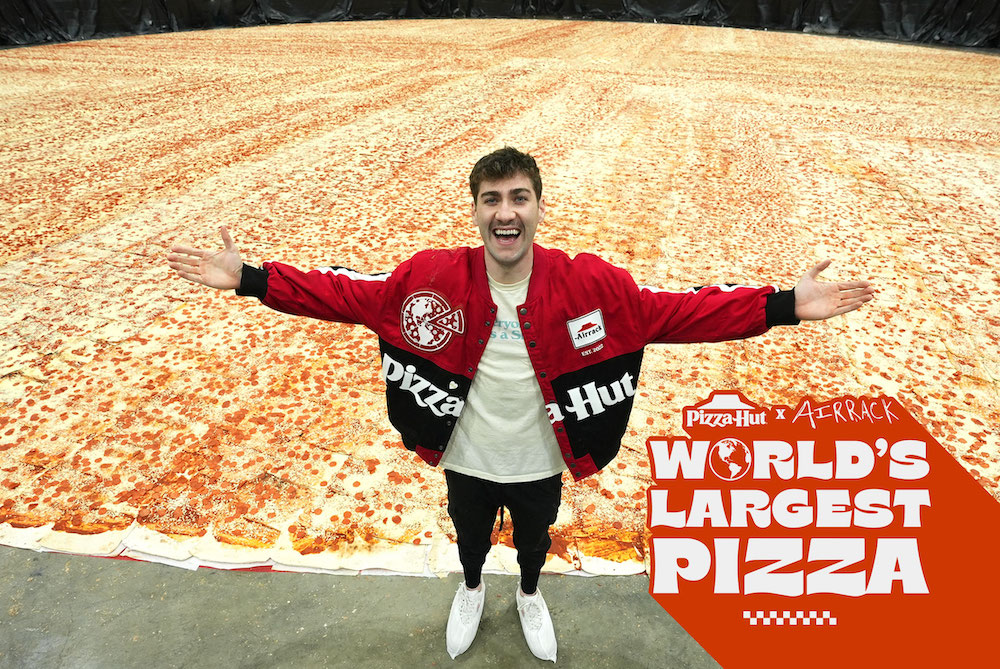 In a collaboration with YouTube star Airrack, Pizza Hut says it has broken the Guinness World Record for the world’s largest pizza ever made, building a prodigious pie spanning nearly 14,000 square feet.

The pizza was assembled, topped and then baked in pieces on-site at the Los Angeles Convention Center. With a surface area of 13,990 square feet, it consists of about 13,653 pounds of dough, 4,948 pounds of sweet marinara sauce, more than 8,800 pounds of cheese and roughly 630,496 regular and cupped pepperoni slices, according to a Pizza Hut press release.

Workers laid down the dough layers first, then “painted” on the sauce and added the toppings. Gigantic heat lamps were used to cook the pie.

Pizza Hut said all 68,000 slices were donated to charities in L.A. 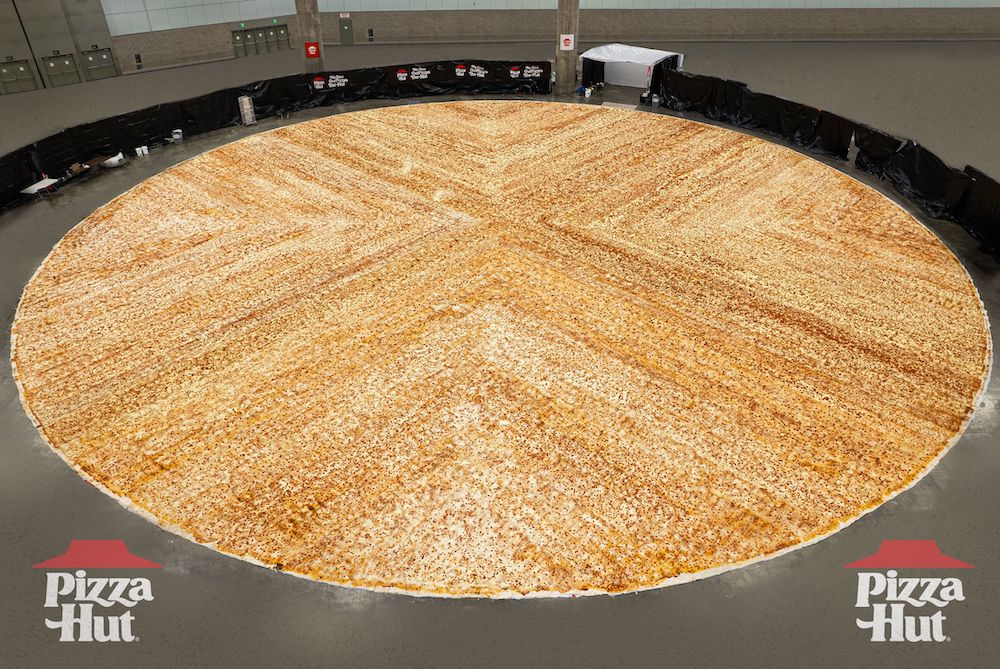 The project celebrates the return of Pizza Hut’s fan-favorite pizza, the Big New Yorker, and Airrack’s achievement of 10 million subscribers on YouTube. The Brobdingnagian pie is based on the Big New Yorker recipe.

In an on-the-spot video shot by Reuters, the chain’s president, David Graves said, “Pizza Hut has a history of making firsts, right? We were the first to deliver a pizza. We were the first to take an order over the internet. We’ve always done big, exciting things, and so breaking the world’s record for the world’s largest pizza just felt like the right thing to do to celebrate bringing back our largest pizza. So that’s why we did it.”

“Thanks to my community, 2022 was a big year for our channel, and I promised them that we’d break this record if they helped me hit 10 million subscribers on YouTube, so here we are, delivering on that promise,” said Airrack, whose real name is Eric Decker. “To make it happen, we had to team up with the most iconic—and my favorite—pizza brand to show that no one OutPizzas the Hut.”

According to Guinness World Records, the previous record for the world’s largest pizza is held by Dovilio Nardi, Marco Nardi, Matteo Nardi and Matteo Giannotte from NIPfood at Fiera Roma in Rome, Italy. That pizza, built on December 13, 2012, boasted a total surface area of 13,580 square feet. The gluten-free giant was named Ottavia in honor of the first Roman emperor, Octavian Augustus.

This week could be a big one for international pizza records. Andolini’s Pizzeria, a small chain in Oklahoma, plans to set a world’s record of its own on Saturday, January 21. Andolini’s is hosting what it bills as the world’s largest pizza party at the University of Tulsa prior to the Tulsa/Tulane basketball game. 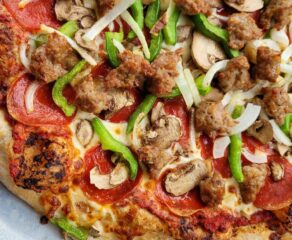 Why the Flame Burned Out at The Roman Candle Pizzeria