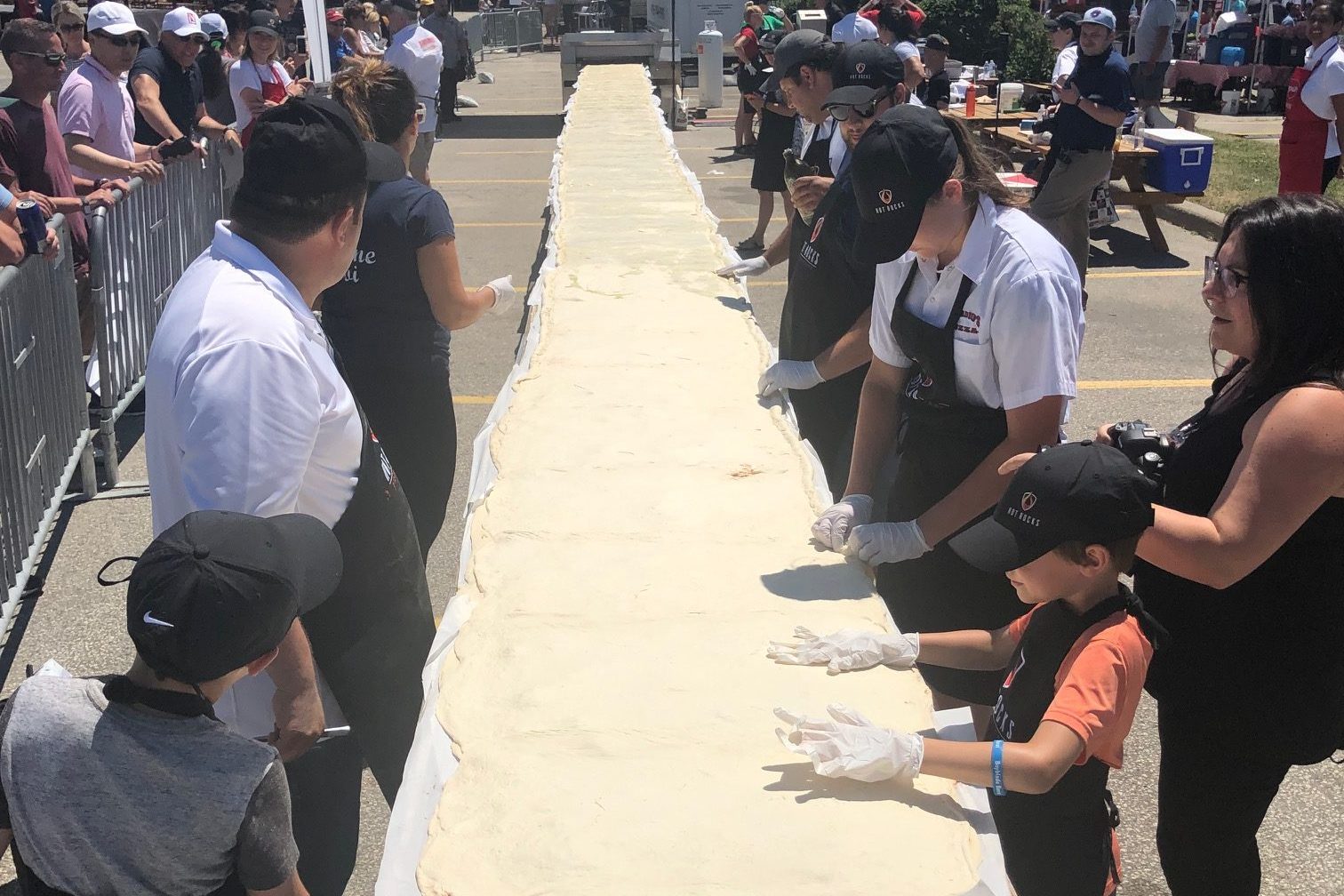 The dough was made with 309 pounds (140 kilograms) of flour, 12 ounces of dry yeast and two pounds (one kilogram) each of salt, sugar and olive oil. Over 1,000 ounces (36 liters) of tomato sauce was used along with 44 pounds (20 kilograms) of dry, cured pepperoni and 132 pounds (60 kilograms) of Saputo Mozzarellissima Cheese.

One of the deciding factors for its success: The dough was able to be continuously fed into the conveyor oven.

“We were confident in the oven’s capabilities. The heat from the granite stone surface made cooking so much faster. The crust came out perfect. I am proud of what the oven has accomplished,” said Fabrizio Iocco, the corporate chef for Hot Rocks.

Vergalito documented the achievement on social media. He added that his young son, Sebastian Vergalito, joined him in breaking the world record that day.  Follow him on Facebook at The Pizza Dude’s Roberto’s Pizza Passion to witness the historic day.