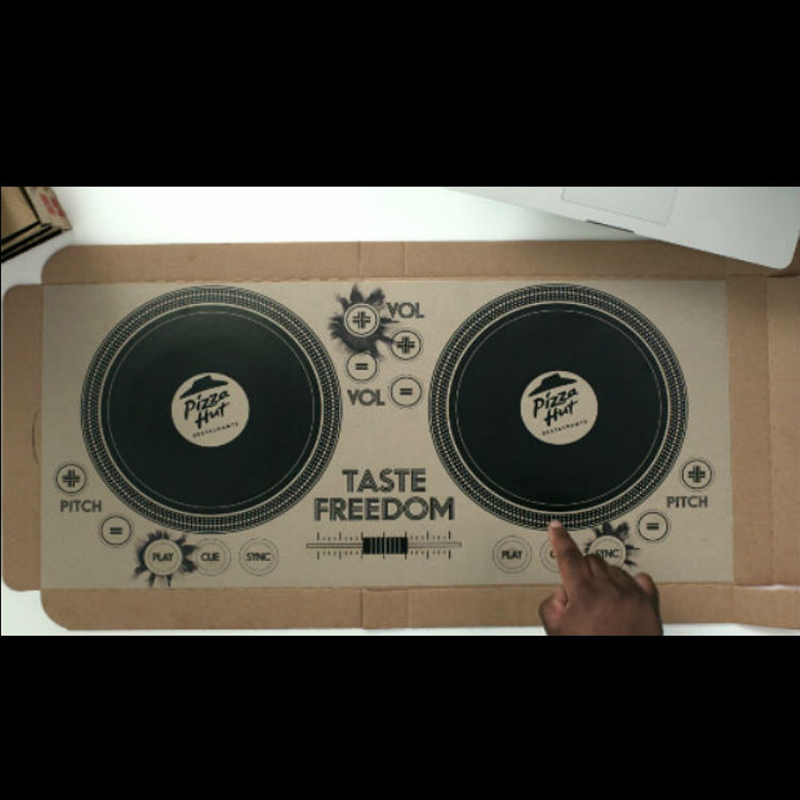 You asked for it, and Pizza Hut is bringing it to you. Oh, wait—nobody asked for “the world’s first playable DJ pizza box," as far as we know. But it’s here anyway, and it’s pretty much da bomb (Yes, we said "da bomb." Leave us alone. We're not up on the latest lingo.)

Pizza Hut UK has devised a new type of cardboard pizza box that plays music, complete with touch-sensitive decks, a mixer, pitch and cue controls and other buttons that create the appearance of a DJ’s turntable—even scratch, rewind and crossfade effects.

According to Endgadget.com, the box is battery-powered and can be synced to your smartphone or computer via Bluetooth. It’s also compatible with some DJ software.

The gimmicky box will only be offered at five Pizza Hut UK locations, meaning the other 345 restaurants will have to bust out their own phat beats. (Yes, we said "phat." Don't judge.)

British DJ Vectra explains how it works in this video: