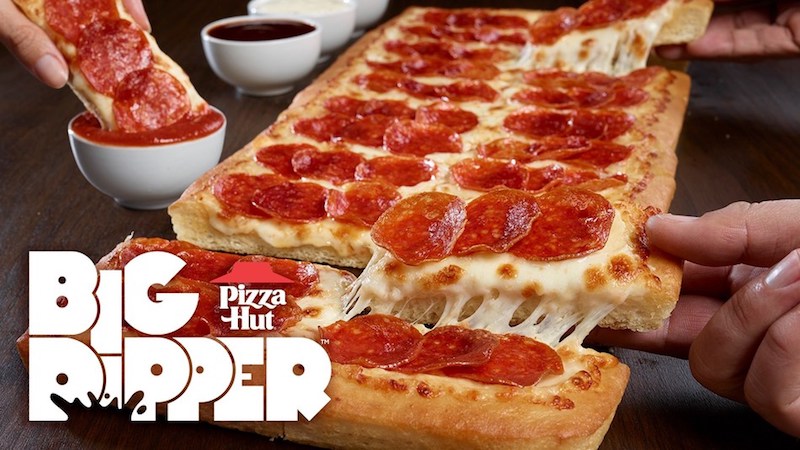 Pizza Hut says it will replay some of its greatest hits in 2020, starting with the Big Dipper, which has returned to the menu for a limited time.

The No. 2 pizza chain will offer the 24-slice pizza with four dipping sauces (two marinara, one ranch and one honey BBQ) for $12.99. The pie, available in cheese or pepperoni (or half of each), stretches for two feet, so, the company says, “you’re gonna need a bigger table.”

Pizza Hut said the Big Dipper is the first of several “classic” menu items it will revive this year, along with some new specialty pizzas.

“The Big Dipper is a Pizza Hut fan favorite,” said Pizza Hut Chief Brand Officer David Graves. “With 24 pieces of pizza and four dipping sauces, it’s a craveable pizza packed with flavor and fun … It’s a Pizza Hut classic, reimagined to deliver an unbeatable taste that customers can only get from Pizza Hut.”

Pizza Hut had the now-canceled NCAA Tournament in mind when it offered these fun facts about the Big Dipper: