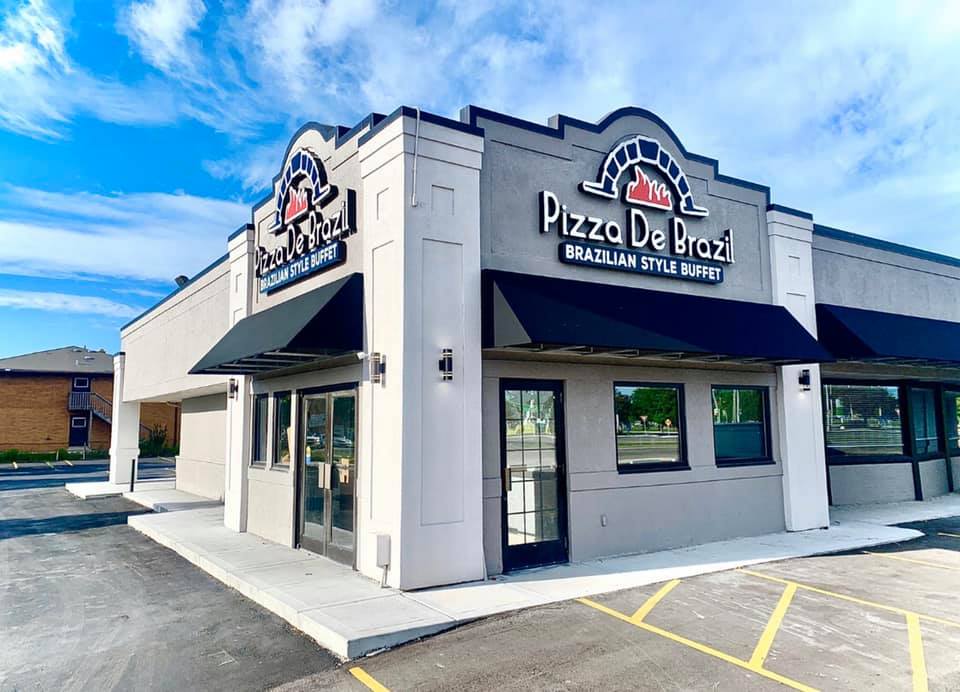 If it’s a tuna-topped pizza you crave, Pizza de Brazil, a newly opened rodizio-style eatery in Milwaukee, aims to please.

Milwaukeean Mahmoud Kadadha got the idea to open his pizza shop after visiting relatives in Brazil three years ago, according to the Milwaukee Journal Sentinel. “We were in awe with the way they make pizza and the toppings.”

Brazilian pizza shops often favor unusual toppings like hard-boiled eggs, broccoli, beets, green peas and potato sticks as well as seafoods like shrimp, salmon and tuna. The pies are typically thin-crust and sometimes have sliced tomatoes or even ketchup instead of a traditional sauce.

Like many restaurants in Brazil, Pizza de Brazil serves its fare in the rodizio style, in which customers pay a single all-you-can-eat rate and place a service card on the table to signal that they’re ready for more food. Servers bring freshly baked pizzas to the table, and guests can sample as many as they like. At the end of the meal, they receive a bill for the fixed-price meal as well as any add-ons they ordered.

As the Sentinel Journal notes, the all-you-can-eat approach might make some American customers nervous during the pandemic. But, unlike a typical buffet, this format limits the number of time customers have to get up to refill their plates and restricts contact between customers.

“People think we might be like buffet places like CiCi’s Pizza, but we’re trying to explain that we’re not,” Kadadha told Sentinel Journal. “We do it from scratch, and we get it fresh from the oven.”

Pizza de Brazil offers a selection of 10 pizzas for lunch and 25 for dinner, along with burgers, wings, pasta and appetizers. According to OnMilwaukee, the restaurant makes its dough with a combination of rice and wheat flours, which are cold-fermented before baking in the oven. “Their composition results in a crisp, almost pastry-like crust that contains between 70-80% less gluten than an ordinary pizza dough,” OnMilwaukee explains.