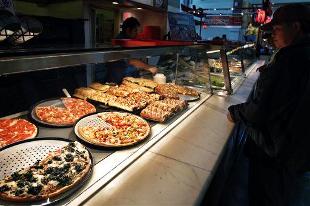 If pizza is an international currency of fun, Sbarro's is putting its pizza where its mouth is in the growing and potentially profitable market of India.

According to economictimes.com, the US-based pizza chain is planning to add 20 'New York style pizza' restaurants in north and east India in two years as part of expansion plans in the country. The chain, which has around 900 Sbarro outlets in more than 40 countries, operates in northern and eastern parts of India through its master franchise Jyoti International Foods.

In the first phase of expansion, the company is primarily looking at areas in Delhi and NCR, followed by outlets in Punjab and Gujarat. Different kinds of models will be featured in different locations, say company officials, with flagship restaurants and inline stores

Find out more about how Sbarro's is transcending the local mall and heading to India.