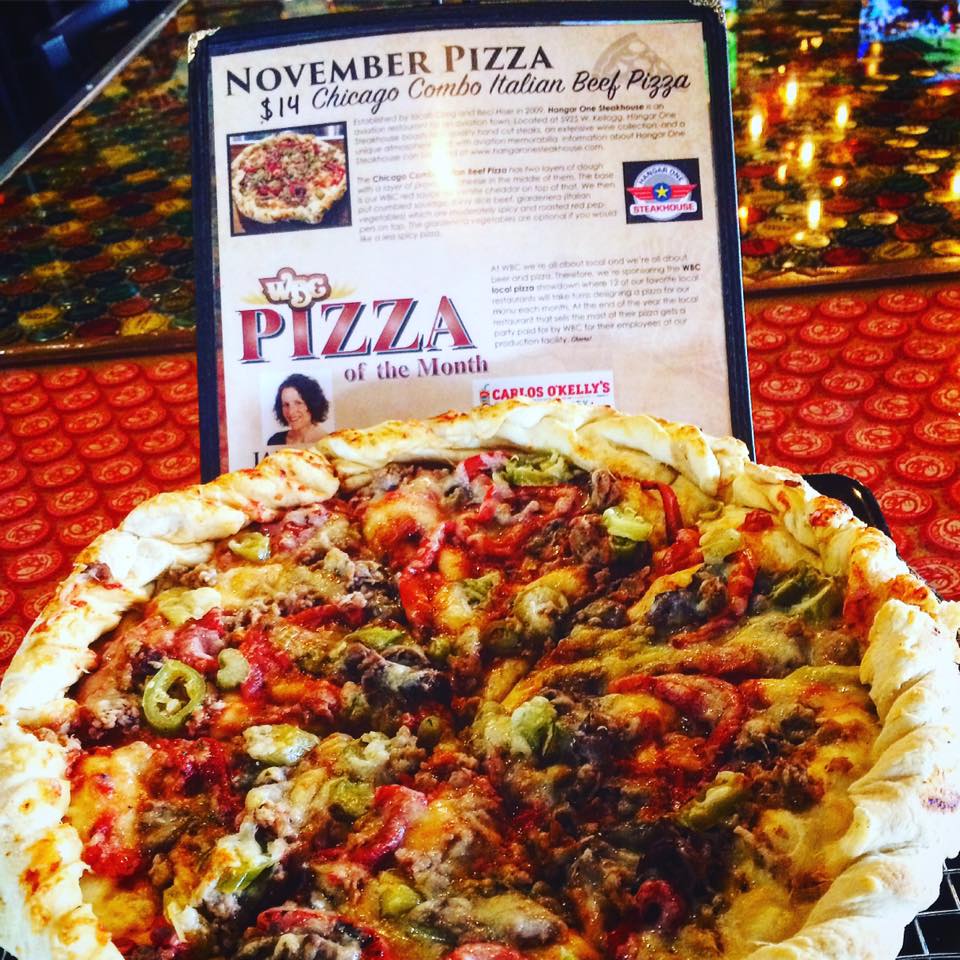 Pizzeria operators know that when a promotion goes well, you do it again.

Wichita Brewing Co. & Pizzeria in Wichita, Kansas, ran a promo in 2017 that invited 11 restaurateurs and a food columnist to create their own signature pizzas for each month of the year, according to The Wichita Eagle.

The Pizza-a-Month contest was such a hit, that the pizzeria decided to run the entire promo again in 2018.

Each month, participants design a pizza using ingredients on hand at the pizzeria along with five wild ingredients of their own choosing, according to the article.

The big winner in 2017 was the November pizza, according to the story, which was purchased 883 times. "Chef Richard Patton wanted to make a Chicago-style pizza, but since the brewery makes only thin-and-crispy crust, they came up with an alternative: a play on the restaurant’s “itis” style of pizza that featured two crusts with a layer of melted provolone cheese between them. The pizza was then topped with red sauce, shaved beef, Italian sausage, red peppers and a spicy giardiniera. People loved it."

A new addition this year, according to The Wichita Eagle, fans of the contest can pick up a punch card, and anyone who tries at least 10 of the 12 featured pizzas will get an “I Ate Wichita” T-shirt.