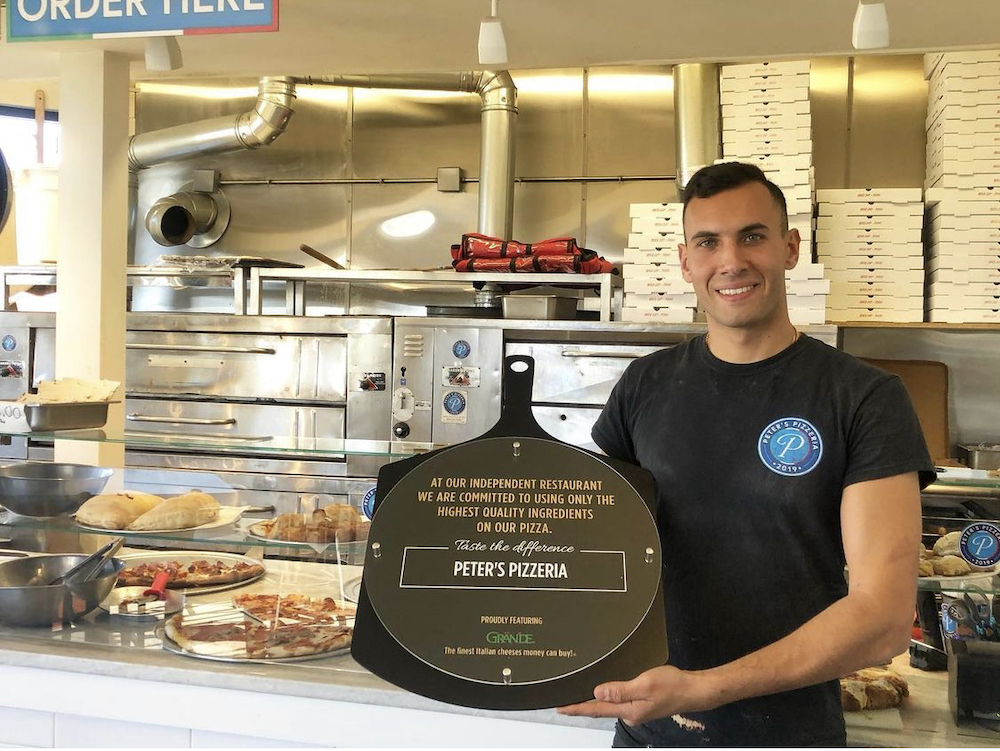 Peter Izzo, owner of Peter's Pizzeria, will compete in this season of ABC's "The Bachelorette."

Peter Izzo, the owner of Peter’s Pizzeria in Port St. Joe, Florida, is about to become one of the country’s best-known pizza studs. But will he get his heart broken in the process?

Izzo is one of the men competing for the final rose in the 18th season of “The Bachelorette” on ABC.

According to ABC, Izzo’s dream woman is “honest, committed, spontaneous and not interested in talking politics on a date.” Oh, and she has to be a foodie, too.

We don’t know if Michelle Young, the featured bachelorette who hails from Woodbury, Minnesota, digs pizza or not, but what kind of weirdo must she be if she doesn’t? We do know she’s not a stranger to so-called “reality” TV shows: The 28-year-old elementary school teacher was the runner-up on season 25 of “The Bachelor.”

A self-described “hopeless romantic,” Izzo opened Peter’s Pizzeria in 2019 after moving to Italy to study the country’s cuisine. His menu includes a grandma pie, a Sicilian, and the El Diablo Pie, which features fried chicken, cherry peppers, pepperoncini, fresh mozzarella and a drizzle of Mike’s Hot Honey. He also offers entrees like Grilled Chicken & Vegetables, Chicken Parmigiana and Eggplant Parmigiana as well as desserts, pasta dishes, subs, rolls and calzones.

Peter’s Pizzeria has a rating of 4.5 out of 5 stars on Facebook and about 1,700 followers. One reviewer recently described the food as “amazing” and noted, “The KitKat bread pudding was to die for, and the staff was super-friendly.” The restaurant’s Instagram account currently boasts 1,078 followers.