There’s just a certain something about panini. It’s so much more than the average sandwich, and extra care goes into making a really great panini, with its flavorful fillings, melted cheese and crispy rustic bread—extra points for grill markings!

At one time, any sandwich made in Italy was referred to as panini—grilled or not. Once this style of sandwiches made its way over to the United States, we began grilling them (sometimes using cast-iron pans or foil-wrapped bricks to press down the bread). Eventually, commercial panini presses made their appearance, and it became easier for everyone—restaurateurs and consumers—to make their own pressed culinary delights.

There are many ways in which you can make panini—some use rustic bread only, forgoing the grilling; some use ciabatta or focaccia bread and grill it on a panini press; still others use pizza or calzone dough and bake the sandwiches in an oven—and that’s just the bread part!

Once you’ve decided on a bread type, you need to choose what filling options you’re going to offer. You usually don’t need an extensive list; a couple of meaty selections as well as a veggie choice should do the trick. Your options are virtually endless; try different flavor combinations using meats and vegetables, and different sauces and oils, and taste-test them with your staff before adding them to the menu.

Louie’s Restaurant (www.louiesrestaurant.com) in Allentown, Pennsylvania, offers a line of four panini sandwiches for $6.95 each. “We call them our signature sandwiches,” says owner Louie Belletieri.

“We’ve been offering them for three years, and they account for around 5% of our sales without the use of marketing.” All of the sandwiches are baked in the restaurant’s brick oven and include three meat-based options and one vegetarian.

Across the nation, in Redmond, Washington, Steve Brodniak, owner of Coyote Creek Pizza Co. (www.coyotecreekpizza.com), has been serving up panini that require a fork and knife for 10 years. “Our Chix panini (lemon-lime-marinated chicken tossed with roma tomatoes, feta cheese, and romaine lettuce in a tangy Southwest dressing) is the most popular, followed by Charlie the Tuna (tuna, roma tomatoes, cucumbers and lettuce tossed with Caesar dressing),” says Brodniak. “All are made using our calzone dough and are served with a side of corn chips.” 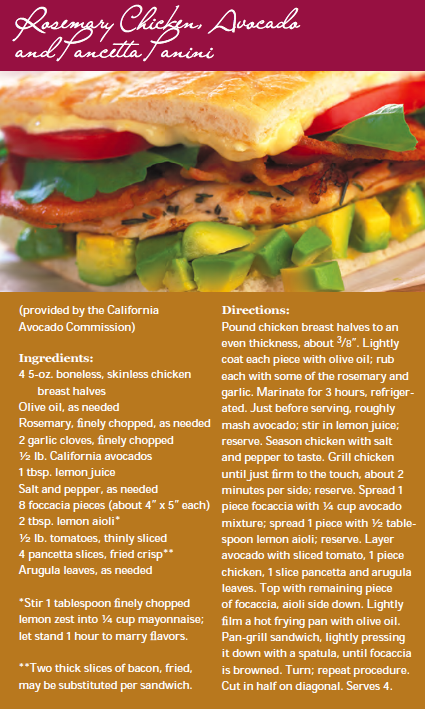 The Complete Idiot’s Guide to Pizza & Panini by Erik Sherman was written with consumers in mind, but it also offers many delicious recipes that you can employ in your pizzeria. Sherman separates the panini into chapters such as Carnivore Combos (meat-filled), Plant-Filled Panini (veggie-filled), International Crusts (global flavors) and Morning Mashes (breakfast panini). Check out PMQ.com/panini for a sampling of the book’s recipes.

Don’t be shy about promoting your new panini to the outside world. Many pizzerias add these wonderful gems to the menu and then never tell anyone. Yes, they still get ordered during the lunchtime rush when patrons feel like eating something other than pizza, but why not put some effort into promoting the items you’ve spent precious time creating? This could be as easy as placing a blackboard at the front of the store or a note card in each menu announcing a “Panini of the Day.” Why not send an email blast to your customers announcing the new addition to the menu, or print a coupon in your local paper for a free soda with every panini purchased? You could even start a panini sandwich club, punching a card each time customers order a panini and then giving a free one when they reach 8 or 10.

Just like thinking up new panini recipes, devising ideas to promote them takes a little creativity on your part. It could mean the difference between selling 10 panini per week and 25. Don’t think of it as taking away from your pizza sales, either, because plenty of people out there may not feel like pizza today—but they could sure go for a panini! 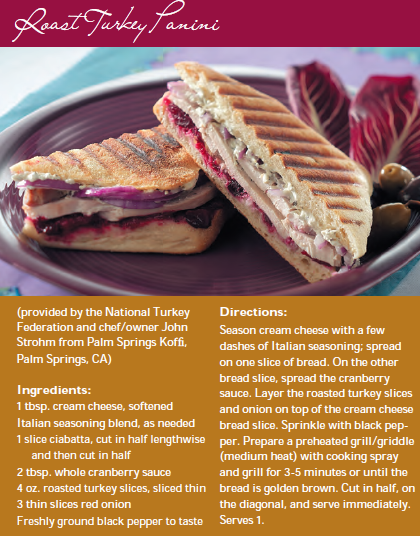