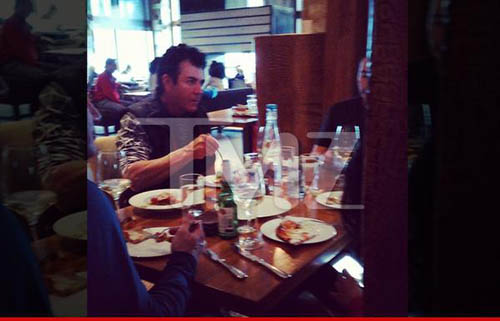 If you're the CEO of one of the biggest pizza chains in the world, what's the one thing you might want to avoid on camera? Eating someone else's pizza is surely No. 1 on the "don't do" list, but Papa John's John Schnatter apparently lost the memo. Or maybe his dog ate it.

According to TMZ, as reported on Inquisitr.com, Schnatter is being ridiculed because of pictures (see one here) that recently surfaced online. Apparently, the notable pizza expert has broken two rules and now many are calling him a “pizza traitor.”

While Papa Schnatter was in Salt Lake City town for the Sundance Film Festival, he was snapped cheating with another man's pizza pie. Schnatter raised even more eyebrows because he allegedly ate the brazen piece with a fork and knife! Traitorous behavior? You be the judge.

For more shocking details about the biggest scandal since pineapple tempted a pepperoni lover, read on.