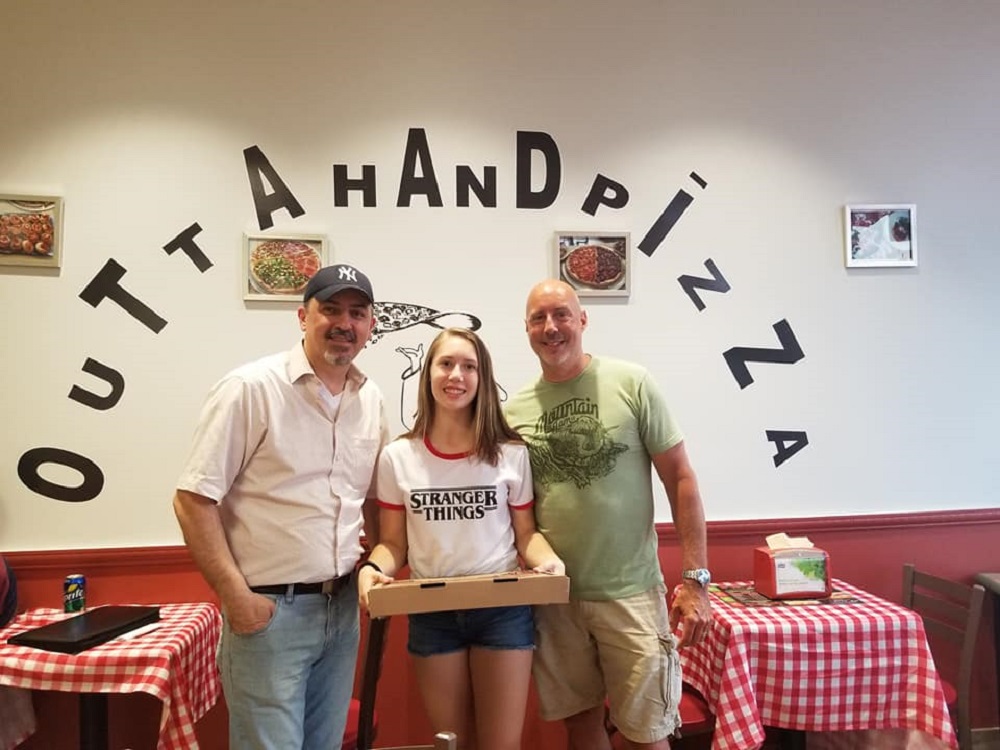 Burim Regjaj believes no American military veteran should go without a meal, and he’s doing his part at Outta Hand Pizza, located in Westfield, New Jersey, to make sure it doesn’t happen.

According to ABC7NY.com, Regjaj encountered a veteran who could not afford food in his shop a year ago, and “it touched my heart—the people who served our country are not able to afford a slice of pizza,” he said.

Regjaj turned to the Westfield community for help. Customers, local businesses and other organizations can pre-pay for meals. For each prepaid meal, Outta Hand adds $4 to the pot. Before long, he had more prepaid meals than veterans coming into the shop, so Regjaj began delivering to veterans who don’t have their own means of transportation.

Fortunately, Regjaj has the staff to produce a lot of pizzas. According to Tap Into Westfield, his pizza maker, Zeni Nimani, has made more than 250,000 pies in his career. Nimani has been working for Regjaj and his family-owned restaurants since 1992. Regjaj estimated Nimani makes an average of 30 pies a day. “And that doesn’t include the calzones, rolls and garlic knots. We never thought about it, but that’s an incredible number.”