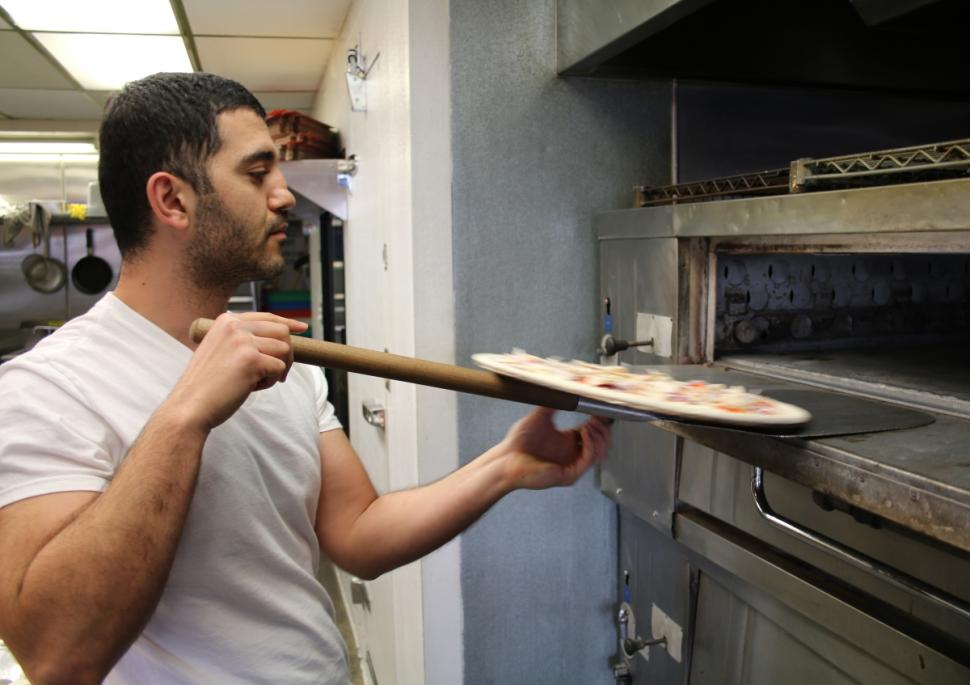 Being a pizza delivery man can be a dangerous business — but for Edgar Martirosyan, (pictured) it opened the door to Hollywood hunkdom.

The New York Dai;ly News profiles the 31-year-old owner of Mama & Papa's pizzeria in L.A. claiming that the impromptu spot on the last year's Oscars telecast with Ellen DeGeneres put Martirosyan right up there with George Clooney, Jamie Foxx and Brad Pitt in the leading man hierarchy — at least for a while. Forty-three million watched as Ellen ordered 20 of Martirosyan’s pies live on the Academy Awards telecast.Then she had Martirosyan bring them out onstage at the Dolby Theatre where she handed out slices to A-Listers like Jennifer Lawrence and Jared Leto.

Within days, Martirosyan said, hordes of attractive women way out of his league began showing up at his Sunset Strip shop — wanting a slice of him. He also got a $1,000 tip for his troubles.