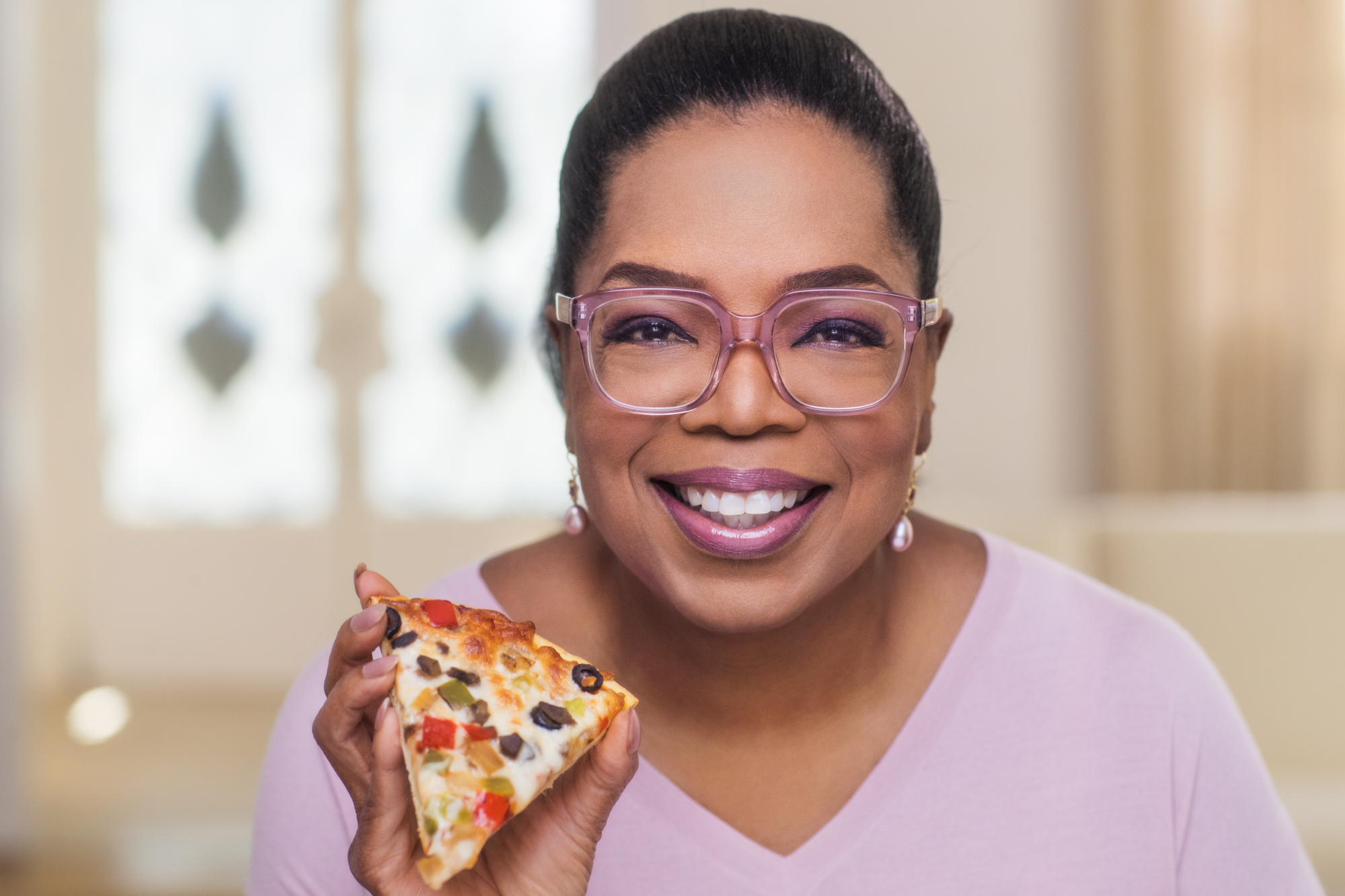 Lifestyle guru and actress Oprah Winfrey has broken into the pizza business with her O, That’s Good label of prepared foods. We guess that means YOU get frozen pizza, and YOU get get frozen pizza!

But are Oprah's pies better than delivery—or even DiGiorno, for that matter? The folks at Food & Wine don’t seem to think so, complaining that they didn't "feel amazing" after trying every pizza in the lineup.

In a collaboration with Kraft Heinz, Winfrey has rolled out a new line of frozen pizzas made with 30% cauliflower crusts. They’re part of her larger line of prepared foods under the O, That’s Good label, including soups, pastas and sides. Pizza offerings include Supreme, Five Cheese, Fire-Roasted Veggie and Uncured Pepperoni, all boasting “a twist of cauliflower,” according to the company’s website.

“It took a lot of trial and error to get the crust just right,” Winfrey told People.com. “There’s room for pizza in my life, and in anyone’s life, but you’ve got to balance it.”

Unfortunately, the self-appointed taste testers at Food & Wine were not wowed by Winfrey’s entries into the frozen pizza segment. “We tried them all in one sitting,” writer Maria Yagoda notes. “We don’t feel amazing.”

Winfrey told People that pizza was a natural choice for expanding her label’s culinary offerings. “We were debating what is the favorite American food. Is it hot dogs? Is it hamburgers, or is it pizza? And in every group I’ve even been in having that conversation, it’s always pizza. Pizza wins.”