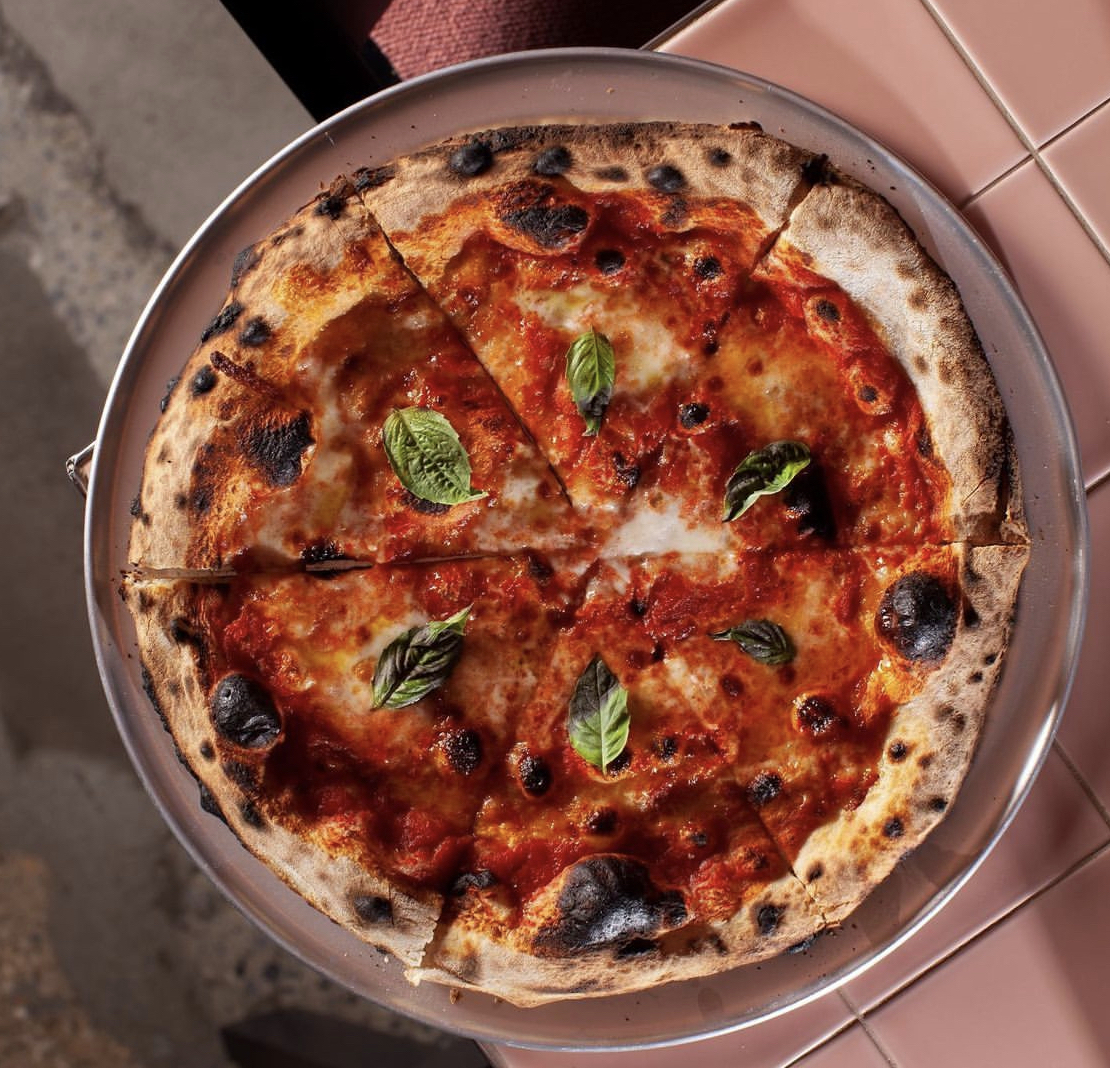 Chef Melissa Rodriguez has turned the former Del Posto, once co-owned by Mario Batali, into a very different kind of Manhattan eatery, where the focus is on wood-fired pizza—that is, when customers aren’t gawking at the pizza oven that, according to the New York Times, looks like a gigantic disco ball.

Mel’s opened in March in Chelsea, complete with a tunnel-like entrance that creates the impression of heading into a nightclub, plus hip-hop and club music and 12-inch pizzas—described as “a cross between a Neapolitan pie and a New York slice”—boasting a chewy, flavorful crust with a crispy bottom.

And, says the Times’ Pete Wells, those pies “are not quite like anybody else’s.” Wells compares Mel’s crust to the neo-Neapolitan crust served by Dan Richer at Razza in Jersey City, adding, “This is excellent company for a new pizzeria, even if Mel’s doesn’t yet come close to achieving Razza’s masterly application of tomatoes, cheese and other toppings.”

“The pizza Margherita is by the book and very good,” Wells continues. “The mushroom pie gains depth from smoked mozzarella, soft shallots and aged Balsamic vinegar. The frutti di mare pizza uses spicy tomato sauce as a backdrop for tender octopus, squid and shrimp. The combination of ricotta and gremolata with thinly shaved dimes of asparagus is original and smart, suggesting that pies made with market produce will be worth looking for as warmer weather settles in.”

Wells concludes: “Diners with long memories might point out that vegetable antipasti, pizza and gelato were the template of a different Mario Batali restaurant, Otto, which closed in 2020. But if they are being honest, those diners would have to admit that the pizza is better at Mel’s.”

Rodriguez is a Michelin-decorated chef and led the kitchen at Del Posto, an Italian fine-dining restaurant frequented by Manhattan’s elite in its heyday before it had to close down during the pandemic. But Mel’s, which she co-owns with Jeffrey Katz and James Kent—has a more laidback vibe. And for her part, Rodriguez admitted to Eater.com that she is “not a trained pizzaiolo in any way.” She just serves the kind of pizzas she’d like to eat, all made with a naturally leavened dough from Mel’s executive pastry chef, Georgia Wodder, another Del Posto alumnus.

“They’re playfully Italian-ish,” Rodriguez told Eater.com. “We’re not going for anything traditional at all.”