Meet the champ, a.k.a., Jamie Culliton, the best dough-spinning pizzathlete in the world - PMQ Pizza Magazine 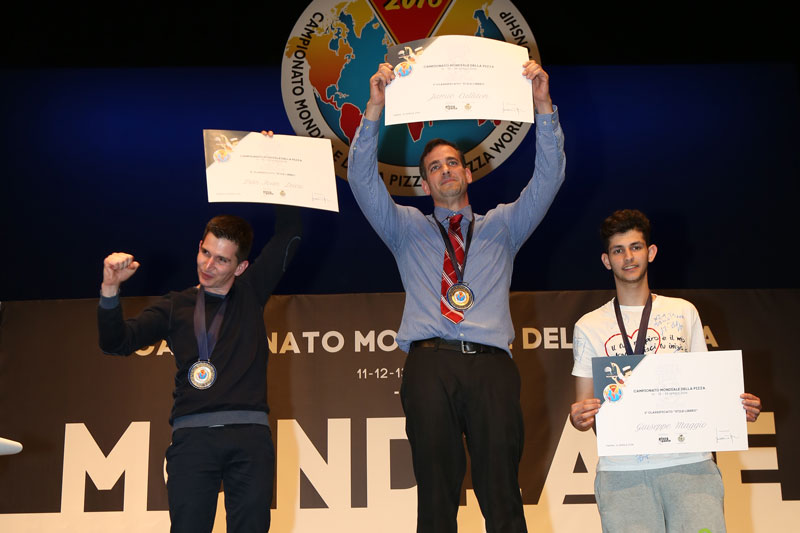 World champion acrobatic dough spinner Jamie Culliton of St. Petersburg, Florida, is ready to hang up his trademark fedora, a prop that he has used to dashing effect in competitions for the past several years. The stylish pizzaiolo, who overcame two straight years of second-place frustration to attain dough-spinning supremacy at the 2016 World Pizza Championship in Parma, Italy, says he will now focus on training up-and-coming Groupon U.S. Pizza Team competitors seeking medals of their own.

When not performing dough-slinging sleight of hand, Culliton travels America as regional chef for the Grimaldi’s Coal Brick-Oven Pizzeria chain. “Winning this title has been a goal of mine for 12-plus years, ever since I started in the pizza industry in 1995,” Culliton says. “To finally win after so many years of competing and hard work was an amazing feeling. After finishing in second place two years in a row, you ask yourself, ‘Will I ever get there? Is this as far as I can go?’ Now that I’ve experienced the exhilaration of being hoisted on my teammates’ shoulders as world champion, I know I’ll always own that accomplishment, and no one can ever take it away. Now I think I’ll concentrate on developing new acrobatic champions and perfecting my pizza recipes for the culinary competition.”

Culliton recently leveraged his world champion status to entertain children battling serious diseases. In May he performed his winning routine for patients and staff at Boston Children’s Hospital. Culliton was in Beantown representing the Groupon USPT at the New England Pizza Conference that same week at the Haverhill Country Club. Co-sponsored by Colony Foods and PMQ, the event attracted more than 150 New England-area and national pizza operators and industry executives for a full day of seminars, keynote speakers and dough-spinning entertainment.

“I don’t see why pizza acrobatics can’t have a similar athletic, artistic appeal to sports like gymnastics or figure skating,” Culliton says. “I want to use my world championship status to promote pizza acrobatics and the entire pizza industry around the world.”

Culliton says his preparation for his WPC victory was seasoned with serious soul-searching—and a lot of time in the gym. “I worked out,” he says. “I’ve always been a heavier guy, and I think those extra pounds made me a bit slower, a touch sloppier in my performance. In addition to getting in better shape, I decided to concentrate on feeling the music and going with it instead of racking my brain trying to hit every exact moment with the exact trick and risk losing my place in the routine. I went with a popular song [“Lucky Strike” by Maroon 5] and practiced, practiced, practiced.”

Culliton’s approach to the demanding discipline of dough-spinning dexterity is decidedly old-school. “Many performers in this sport rely on crazy, insane tricks,” he says. “My routine is based on the goal of putting on a carefully choreographed show that balances movement and continual spinning with memorable music. I believe the judges can be rubbed the wrong way by performers who put flashy, stop-and-start tricks in their face without creating a flow with their routines. I’m a decent dancer, but I’m no break dancer. My more elegant style is what put me over the top. A friend who watched me compete once told me, ‘The difference between you and this guy is that he comes off as cocky, while you play to the crowd.’ It’s about bringing the audience along with your performance and showing them that you love what you do.”

“I decided to concentrate on feeling the music and going with it instead of racking my brain trying to hit every exact moment with the exact trick and risk losing my place in the routine.”
—Jamie Culliton, Groupon U.S. Pizza Team

That doesn’t mean Culliton doesn’t have some flashy moves of his own. After his two straight silver-medal wins in Parma, he decided to take his routine a notch higher—he even tossed in a couple of signature handstands and kicked the dough with his feet, pushing the dial on the fans-go-crazy noise machine to 11.

He was in the lead going into the competition’s finals, with the grand prize just within his reach. Despite the pressure, he calmly breezed through his five-minute routine, giving in to his emotions only when his victory was announced. All of the tension of two years of anticlimactic second-place finishes washed away in the excitement of the gold-medal win, and his ecstatic teammates paraded him around the Parma arena on their shoulders in a scene reminiscent of the moment when the Green Bay Packers secured their 1967 world championship and carried Coach Vince Lombardi across the frozen tundra. 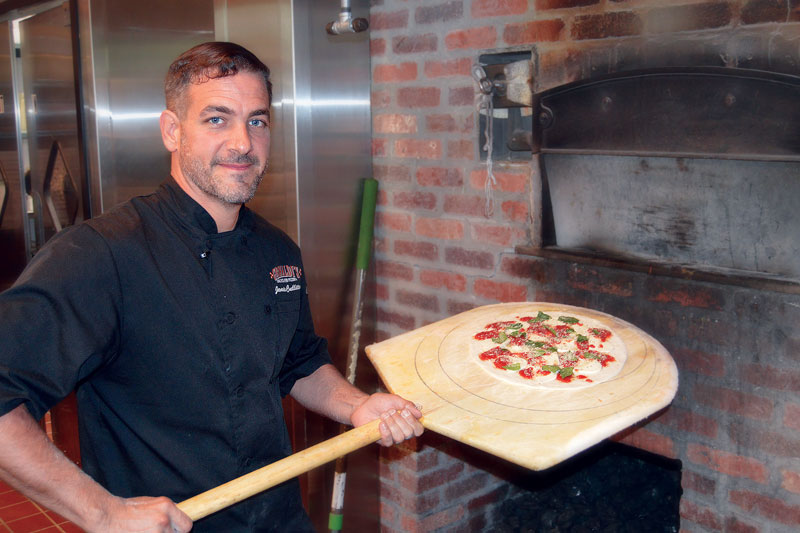 “My teammates have been so supportive of me the last couple of years, and when I won this year, it was as if they won too,” Culliton recalls. “Their dam of frustration and emotion was broken as well. What an awesome moment for all of us!”

Culliton now looks forward to passing on his hard-earned lessons and experience to USPT newcomers. “In my first competition, I came in last,” he admits. “If that can be an inspiration to anybody, if I can start from last and eventually win gold, these guys can, too. But it’s not about being the champion. It’s about being part of a team. I couldn’t have done any of this without each and every team member who has lifted me up all these years.”

Culliton says he’ll take some time off from acrobatic competition, helping develop new pizzathletes for the team while paying more attention to the culinary side of the World Pizza Championship. “I’m a pretty damn good pizza cook,” he notes, with a wry smile. Of course, like most of us, he burned a few pies before he got better at it. He knows from personal experience that the secret for success in the pizza business—and in life—is what you do after you lose.